The Free Guard Rule states that guards cannot be removed from play until the first five stones of the end have been thrown. The loophole with this rule is that guards can be moved as long as they remain in-play. Tick shots accomplish exactly that. Tick shots move guards away from the center of the guard zone and closer to the sidelines. A tick shot is a lighter weight peel shot. 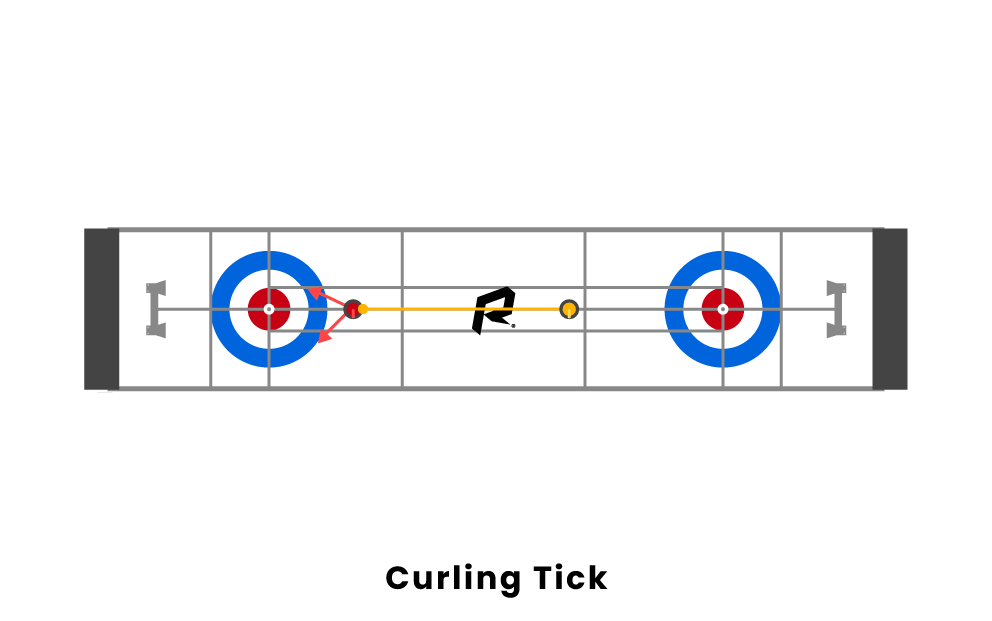 Usually, the team with the hammer executes tick shots. It doesn't make sense for the team without hammer to throw a tick shot because the corner guards are too close to the sideline for a tick shot to be effective. Tick shots are usually thrown by the lead. By moving guards away from the house early in the end, access to the Button and Top 4 Foot area will remain open, given that the opponent doesn't replace the center guard.