With predetermined time, the clock continues to count down from a set time without stopping.c For example, let's say you are playing eight end games. An eight end game usually lasts about two hours. Before the game, a clock will be set for two hours. As soon as everyone starts their games, the clock begins to count off time. Counting down from a predetermined time is the typical timing method for most curling leagues. 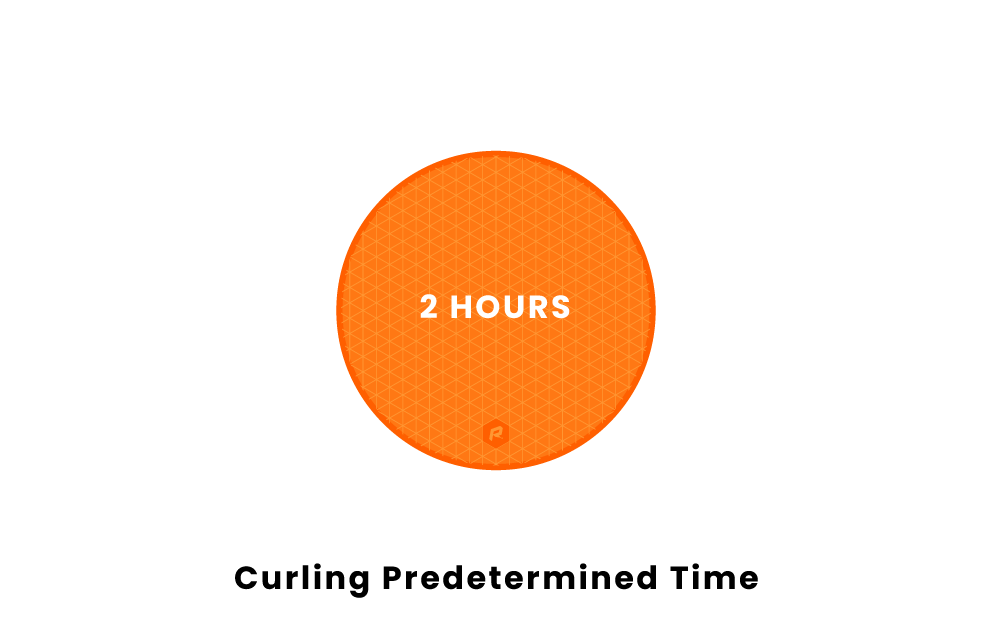 For the entire game, the clock will count off time, and not stop for any reason. Thus, there are no timeouts in this timing method. As soon as the timer goes off, all teams are required to complete the end that they are playing, and cannot start another end. If the timer was to go off while your game is in the seventh end, you will only play seven ends, not eight ends.

An advantage of this timing method is that it influences all of the teams to play as efficiently as possible so that they may fit all eight ends into their playing time. Furthermore, it encourages teams to start playing the next end as soon as they complete the end they were just playing, thus influencing the pace of the game. A disadvantage to this timing method is that if a team does need to take a moment to strategize during a significant shot, they are wasting the time of the other team, and slows the pace of the game. Additionally, there are no timeouts in this timing method, which does not formally allow teams to take 30 seconds or so to strategize during an important point in the game, but is usually accepted if it occurs.