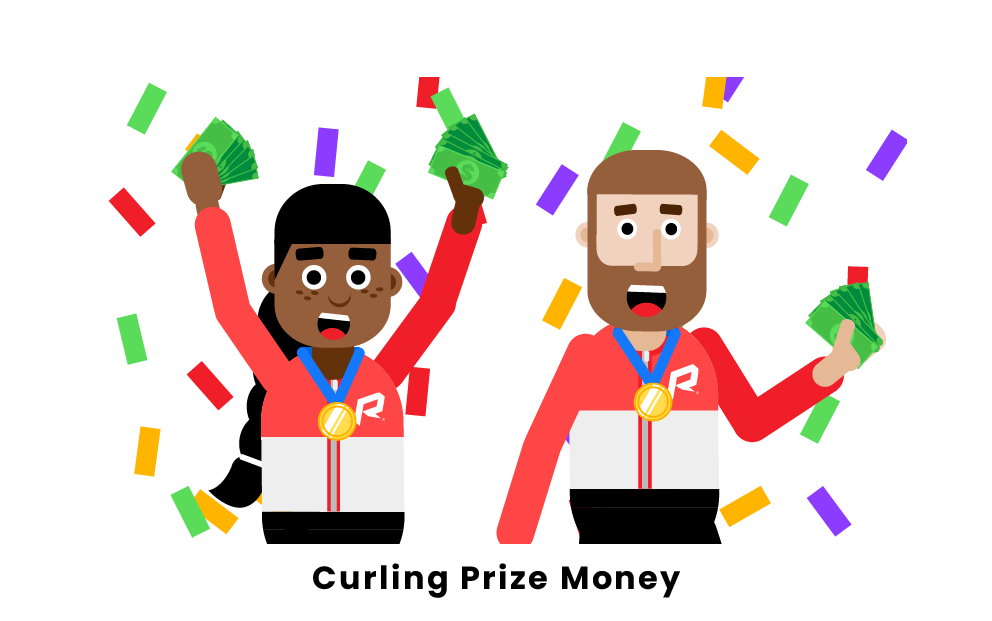 Most curlers have professional careers in addition to being professional curlers. This is because curling cannot "pay the bills". For a professional, or seriously competitive curling team, the costs for travel, bonspiel registration, etc. can cost nearly $80,000 to $100,000 per year. Many curling teams do not have lucrative sponsorships, which means that some of the money required to curl competitively is funded by the players.

Usually, the prize money from a game of curling is divided up between all four players equally. The skip does not get anymore money than the lead. Prize amounts vary per bonspiel or nationally/internationally competitive proceeding. At the 2018 Brier (Canadian national tournament), the winning team took home $62,000. Pinty's Grand Slam of Curling usually gives away about $2 million of prize money over 7 events. Considering team will only win one or maybe two events each year, each player does not take home much money. While the prize money may seem large for competitive curling, remember that it is being split between 4 teammates.

After some events, curlers may actually lose money, or barely "profit" anything if they win. The difficult concept to grasp about competitive curling is that nearly all curlers have some sort of full-time job or career, and curl competitively on the side. Unfortunately, competitive curling will likely never gain such lucrative sponsorships like other globally recognized sports.

Although the question is how much professional curlers make, it is more of a question of what are the chances that curlers "profit" from a given bonspiel or nationally/internationally competitive event. Here, we see that the chances of this are slim, and that professional curlers can never curl full-time due to the lack of prize money and funding. While it is a sad reality, this is what competitive curlers must deal with to play the sport they love.