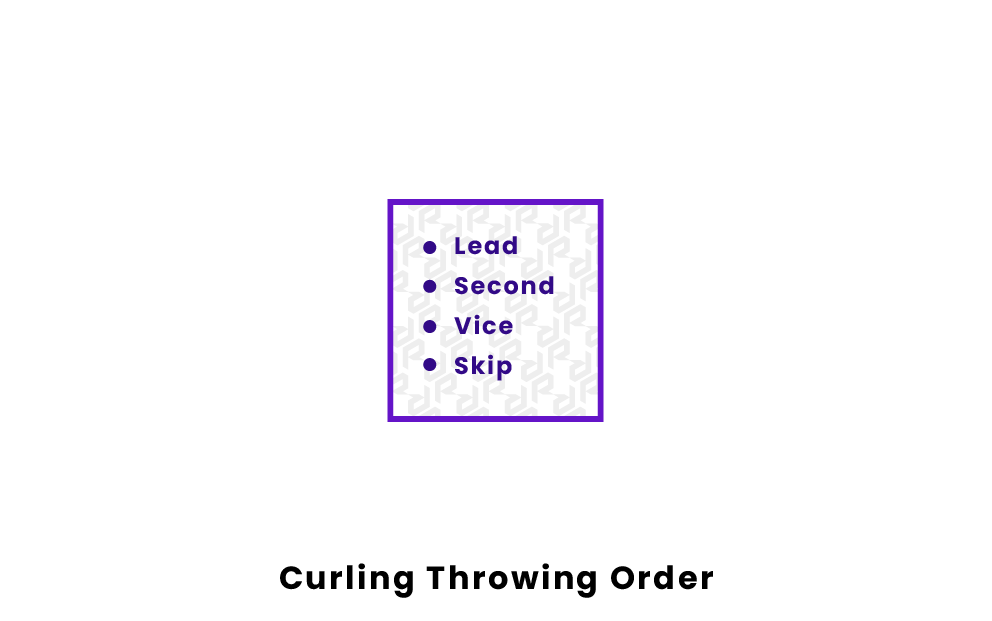 When playing a game of curling, each team gets eight stones to throw every end (the rules are different for mixed doubles curling). To get a stone to move to a desired location on the sheet, you need to consider the throw, delivery, release, and how sweeping is applied. Let’s learn the rules of throwing in curling and how it affects the trajectory of the stones.

A thrower is the teammate that is throwing a stone. In a game of curling, each teammate will throw two stones per end. Each team throws eight stones and there are four players on each team.

Typically a mixed doubles throwing order looks like this:

There is no rule stating that teams must throw in the order that we stated above. Therefore, some teams have changed around the order in which their teams throw stones. This is allowed as long as the throwing positions remain permanent for the entire curling game.

A current example of a team that throws out of order is the Swiss team skipped by Peter de Cruz. On his team, the throwing order is: lead, skip, second, vice.