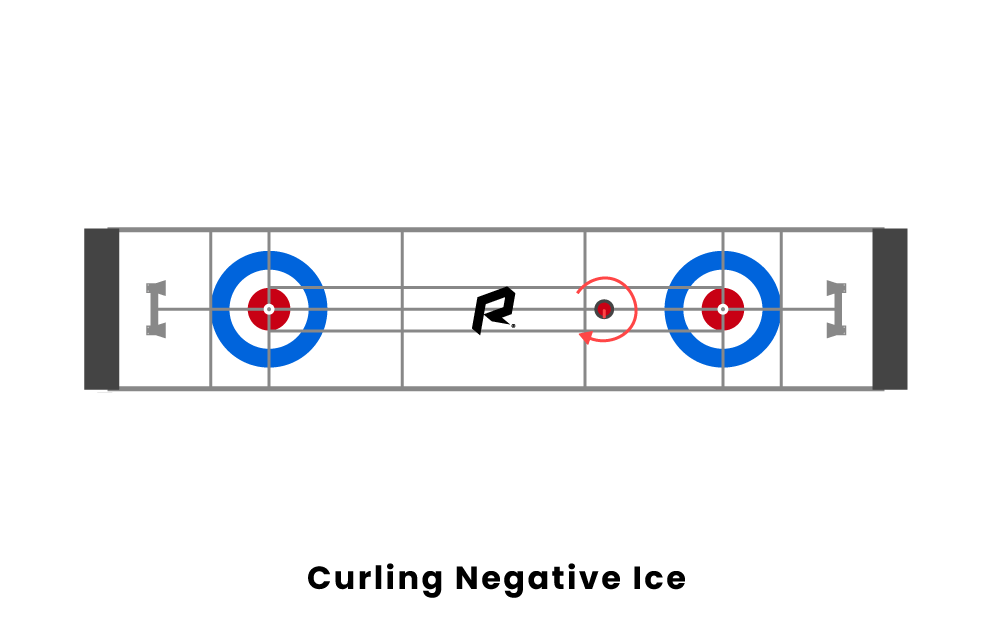 Stones are swept so that they may travel straighter and farther. This means that the stones will curl less than they would if they weren’t swept. However, there are some cases in which sweeping a stone will cause it to curl more. This concept is called negative ice, and is an important concept to know and utilize in a game of curling.

What is Negative Ice In Curling?

The term “negative ice” refers to an ice condition in which the ice is slightly warped and the opposite handle may need to be thrown. The ice could be warped towards the sidelines (like a mountain), towards the centerline (like a valley), or towards only one sideline (like a ramp).

This causes the expected handle thrown to be ineffective, as it will overcurl in one direction or another.

You would normally sweep to make a stone curl less. In the case of negative ice, you do not sweep the stone if you want it to curl less. Thus, the stone travels straighter when it is not swept.

Remember that the ice is acting opposite to what you thought it would do. Therefore, you need to change where the skip puts their broom and what handle is used. Let’s assume that the skip has given you the line on the left portion of the 8 Foot for a draw to the button, shown below. We will also assume that the ice is sloped like a ramp - higher on the left side of the ice and lower on the right side.

Typically, you would want to release the stone with the clockwise handle so that it curls towards the button. However, since the ice is slightly sloped in the direction the rock would be curling, your stone will overcurl and likely end up on the opposite side of the 8 Foot. By releasing with an anti-clockwise handle, the stone would travel relatively straight towards the line, but deviate a little to the right. Then, the sweepers would sweep the rock so that the stone ends up on the button.

As we go through some practice examples, you will begin to have a greater understanding of how negative ice works. 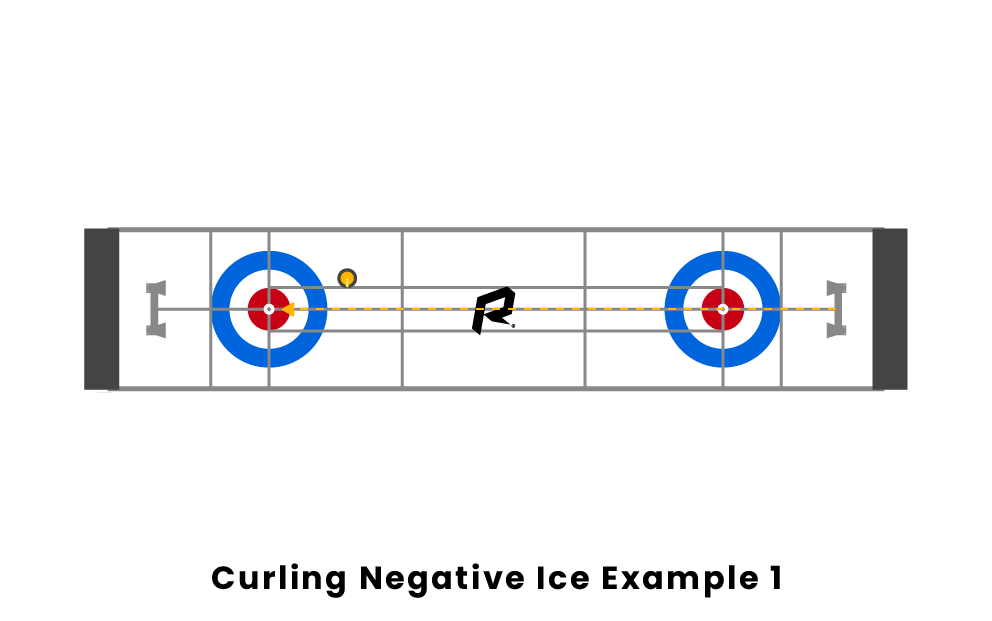 Since most stones curl about 3.5 to 4 feet in a given shot, we should place the broom on the centerline. To make this shot effective, we will play with negative ice and have the thrower release with an anti-clockwise rotation. Therefore, the sweepers will have to sweep the stone a bit if it does not curl enough.

As an extension of this slanted ice concept, your team could have also elected to place the broom on the opposite side of the 8 Foot and throw the normal handle with a clockwise rotation. Notice that since the ice is slanted, you are accounting for a greater curl during the shot. 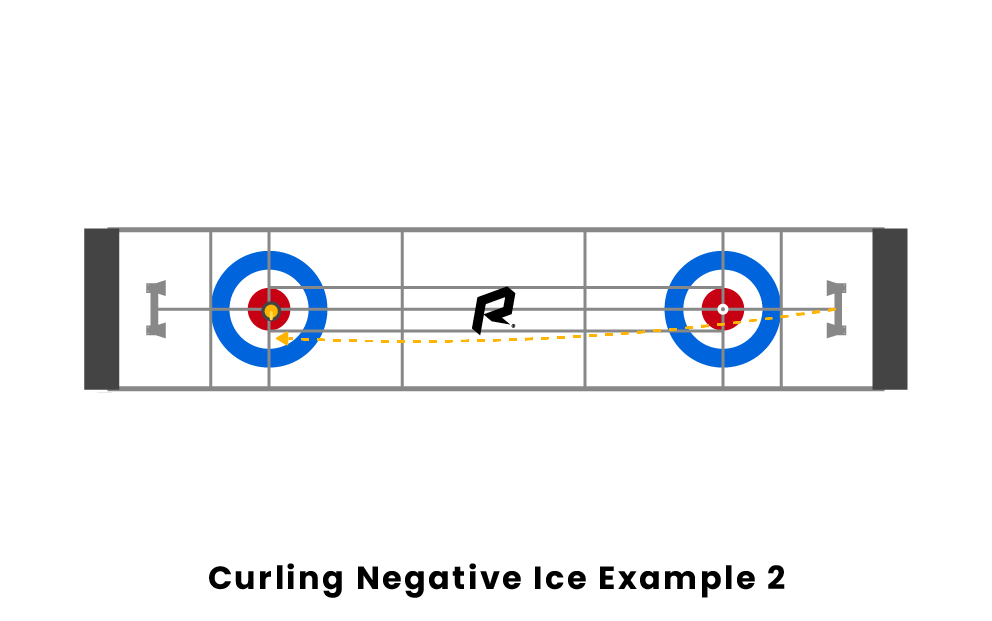 The ice makes a valley, and your team wants to throw a draw to the button from the left side of the ice. Where should the broom be placed? What handle should be used?

We need to place the broom in between the 4 Foot and 8 Foot. To account for the negative ice that will be experienced, an anti-clockwise rotation should be thrown. Then, the sweepers can sweep for line if the stone is not curling enough on its own. If the sweepers sweep for weight, the stone may overcurl.

This shot could also be replicated on the right side of the sheet, but using a clockwise rotation. 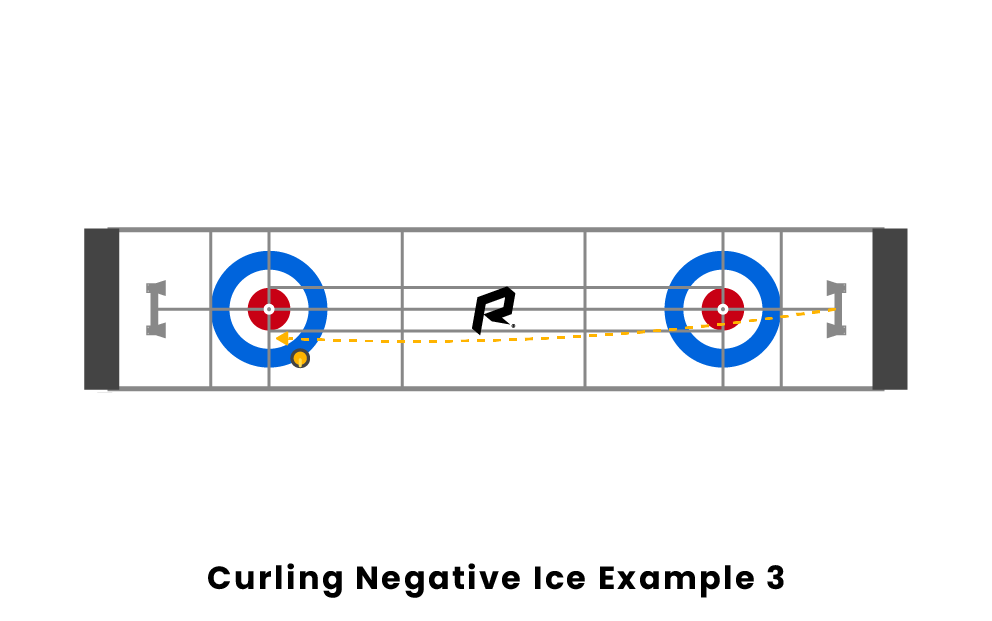 The ice makes a mountain, and your team wants to throw a draw into the outer portion of the left side of the Top 12 Foot. Where should the broom be placed? What handle should be used?

We need to place the broom on the left side of the 4 Foot. To account for the negative ice that will be experienced, a clockwise rotation should be thrown. As usual, the sweepers can sweep the stone to make it curl more (if needed). 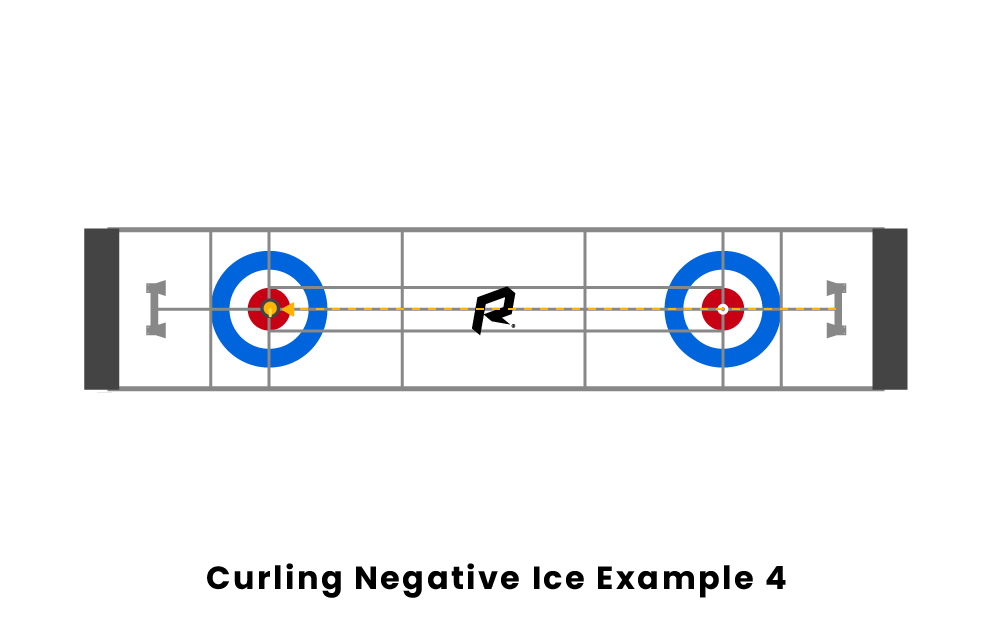 The ice makes a mountain, and your team wants to throw a draw to the button. Where should the broom be placed? What handle should be used?

If your team really needs to the stone to end up on the button, another idea would be to see if there is a hit and roll or raise to throw. Just like any other shot, make sure to consider the factor that negative ice will play and how it will affect the shot.