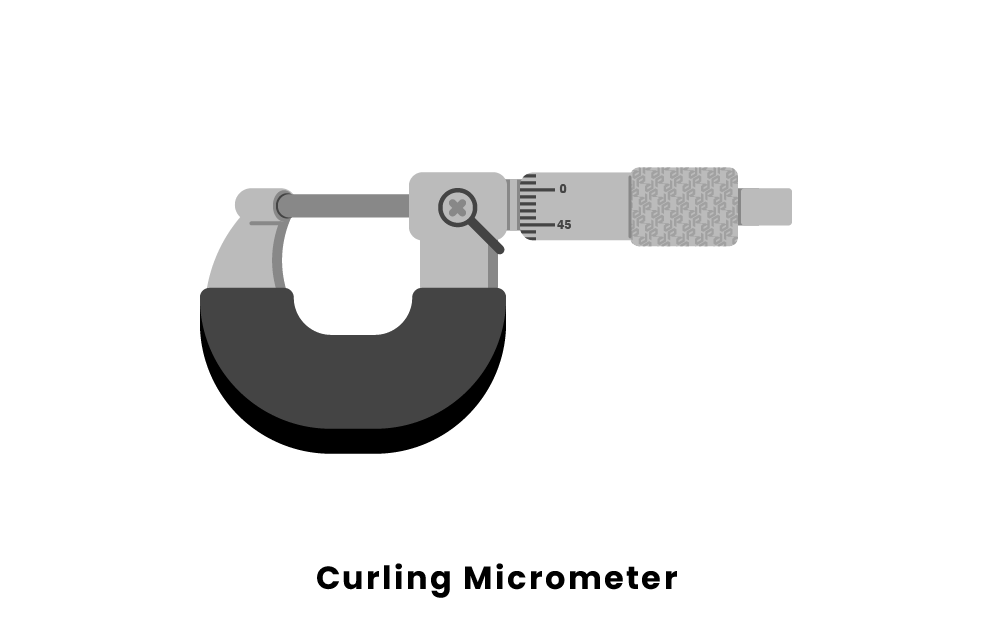 Measuring equipment in curling is used to determine precise readings on the positioning of rocks from one another. If rocks are seemingly close when determined by eye, these devices can be used to break ties or settle scores. Measuring equipment can also be used to make sure a rock is in play, or in the house, after it’s thrown and landed.

There are several different types of measuring devices used for different occasions in curling:

What is a micrometer used for in curling?

Parts of a Micrometer

A micrometer consists of the frame, which is a C-shaped body that maintains the anvil and barrel in relation to one another. The frame is thick, and heavy to reduce friction and any unnecessary heating that would disrupt a reading.

Micrometer accuracy is maintained by gauge blocks or rods and the meter should be calibrated at .7500 before measuring. Micrometers are very sensitive as they are intended to measure incredibly small things, because of this keeping them clean is important to micrometer accuracy and functioning. Even a speck of dirt can throw off a micrometer reading.

The general procedure for measuring is as follows:

Be sure to never apply too much pressure when measuring, never pass back over a rock, and never swing counter clockwise as all of these can move rock positioning.