How To Read A Curling Scoreboard

Curling is divided up into ten ends for men’s and women’s curling and eight ends for mixed doubles curling. An end consists of each team alternating throwing five or eight stones each. After all stones have been thrown, the end is scored. The score also affects which team gets the hammer, which is the last shot advantage for the next end. 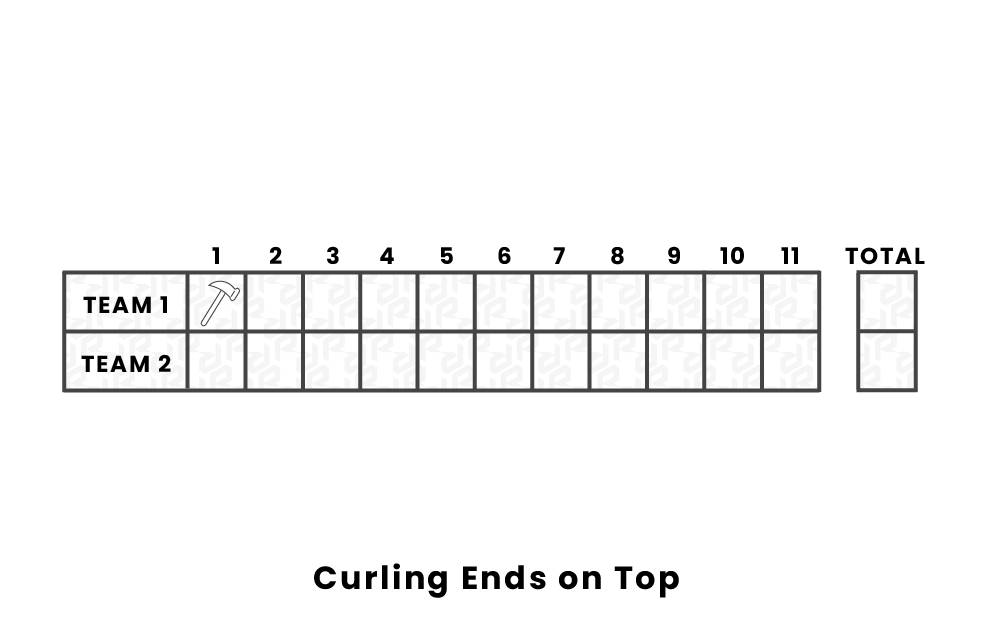 On the far left of the scoreboard are the team names. One of the team names is followed by an asterisk or hammer. This indicates which team had the hammer in the first end. We will learn about the hammer later on in curling scoring.

Lastly, the right side of the scoreboard has a space for the total score.

Score in the Middle 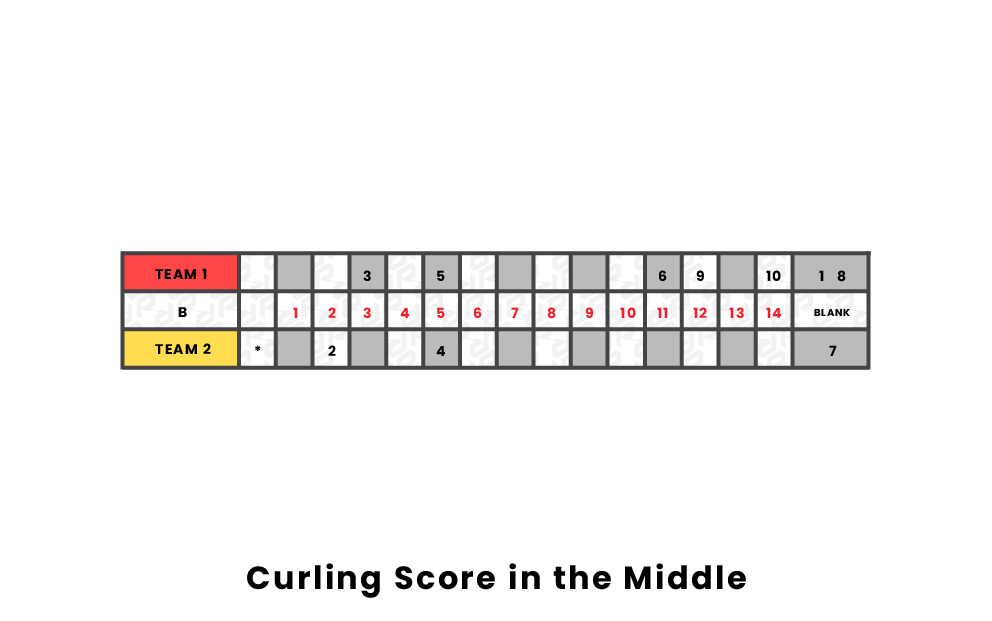 Another type of scoreboard in curling is much different than what you are used to seeing on television. This scoreboard contains the score in the middle of the scoreboard, typically up to 16 or 18 points. On the left side of the scoreboard, there is a team name above and below the score, with a space to indicate which team had the hammer in the first end.

What does the hammer mean on a curling scoreboard?

On a curling scoreboard, a hammer symbol is used to show which team started the game with the hammer. The hammer is also known as the last stone advantage and means whichever team has the advantage of throwing the final stone in an end. The hammer symbol can sometimes be replaced with an asterisk or dot. After the first end, whichever team lost the previous end gains the hammer, eliminating the necessity to include hammer symbols for each end on the scoreboard.

What are the different types of curling scoreboards?

There are two main types of scoreboards in curling. The more commonly used kind features the ends on top of the scoreboard. This scoreboard has the scores of each individual end for each team on top of one another. It also features the cumulative scores for each team on the right side of the scoreboard. The other type of scoreboard used in curling has the scores in the middle. For this scoreboard, the team names are on top and bottom of the scores, and whichever team wins an end will have that end number placed at their cumulative score. For example, if the top team has five points after winning the fourth end and the bottom team has 6 points after winning the fifth end, a “4” would be placed above the “5,” and a “5” would be placed under the “6”.

How are blank ends indicated on a curling scoreboard?

Pages Related to How To Read A Curling Scoreboard