How Long Is A Curling Game? 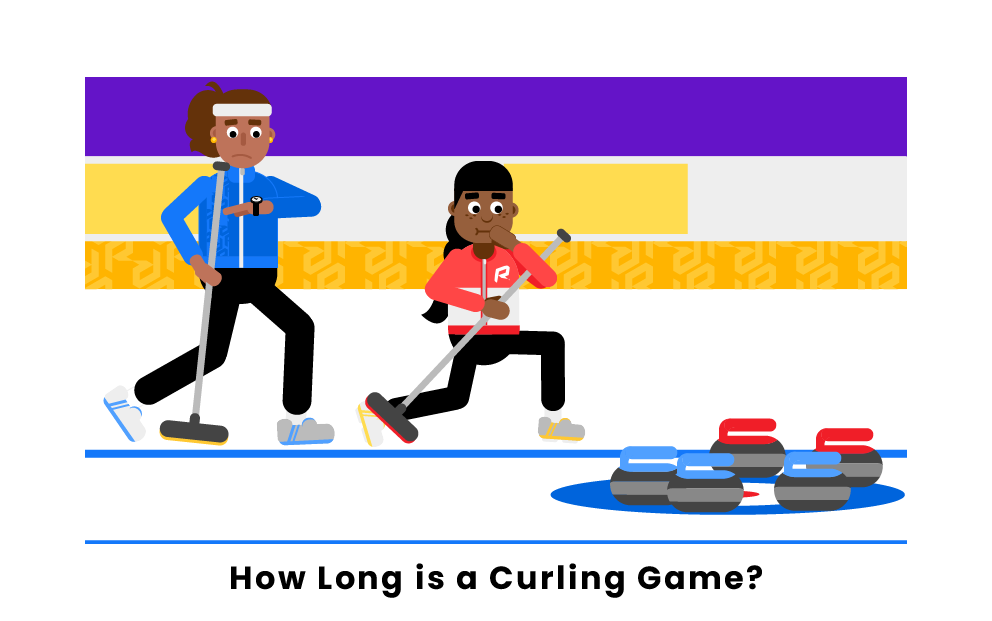 In curling, games consist of ends where teams alternate throwing stones down the sheet. The number of ends played in a game can vary based on the curling club, league, or bonspiel. In general, most curling games last a total of eight or ten ends. Each end typically takes about 15 minutes, meaning each game will last upwards of two hours.

Eight end games are the most common amongst local curling clubs, and usually take about two hours to play. This assumes that an end can be completed in 15 minutes. As a new curler, you will most likely be playing curling games that last eight ends.

For curling clubs that play on arena ice (which is not specifically dedicated for curling), it is important to set up the ice quickly so that all eight ends can be fit into the curling club's ice time slot. There are some cases in which eight ends cannot be completed due to timing restrictions.

Ten end games are the most common for competitive national and international play, and usually take about two and a half hours to play (recall that 15 minutes per end is being budgeted). As a new curler, you will probably not play ten end games. However, you will definitely see them on television. In national and international play, there are two formats that utilize ten end games of curling, men's and women's curling.

This estimate of two and a half hours does not account for the break after the fifth end, or any timeouts that may be called during the game. Thus, a ten end game of curling with these additional time factors will probably last closer to two hours and 45 minutes.

There is a new format of curling called mixed doubles. This format involves one male and one female player. Instead of throwing eight stones, only five are thrown per team per end. Out of all of the competitive curling formats, mixed doubles is the only one that lasts eight ends. Considering that fewer stones are being thrown and fewer ends are being played, these games are usually completed in under two hours.

In competitive games, a clock is used to ensure that no team takes an unnecessarily long amount of time. This clock is known as "thinking time," and each team has their own clock. The clock will start for one team once the other team's stone comes to rest. It will then stop as they deliver their next stone. The thinking time clock is meant to move the game along rather than hurry or rush players.

In ten end games the standard amount of thinking time per team is 38 minutes. This is reduced to 30 minutes for eight end games and 22 minutes for mixed doubles. However, different leagues and organizations vary how much thinking time is given. This helps keep games between two and three hours. If a team runs out of thinking time, they either will have to forfeit the match or allow the other team to throw their remaining stones.

As is the case with many sports, some curling matches cannot be decided within the allotted amount of ends. If the game is tied after the completion of the predetermined amount of ends, extra ends will be played. While usually only one extra end is required, games can last as many extra ends as needed to determine a winner. The standard rule for thinking time in this case is that each team will receive five minutes to complete each extra end.

How many ends are there in Olympic curling?

In Olympic men's and women's curling, each game is played up to ten ends. The mixed doubles format, which was introduced to the Olympic program in 2018, is played over eight ends. For both formats, extra ends are played as there cannot be a tie.

Are there intermissions during a curling game?

How long does an end normally last in curling?

In general, a curling end will last around 15 minutes. Some ends can last longer than others, especially if timeouts are used or a lot of thinking time is needed. Since only ten total stones are thrown in mixed doubles curling, as opposed to 16 in men's and women's, mixed doubles ends last closer to ten minutes.

Pages Related to How Long Is A Curling Game?