Curling was originally played in Scotland on frozen lakes in the wintertime. Teams would find stones and rocks to throw along the ice, and sweep them with basic corn brooms. This sport began to spread across Northern Europe, and came to North America as Europeans moved across the Atlantic Ocean. Over time, the sport became more globally recognized and standardized, and has developed into the game it is now. 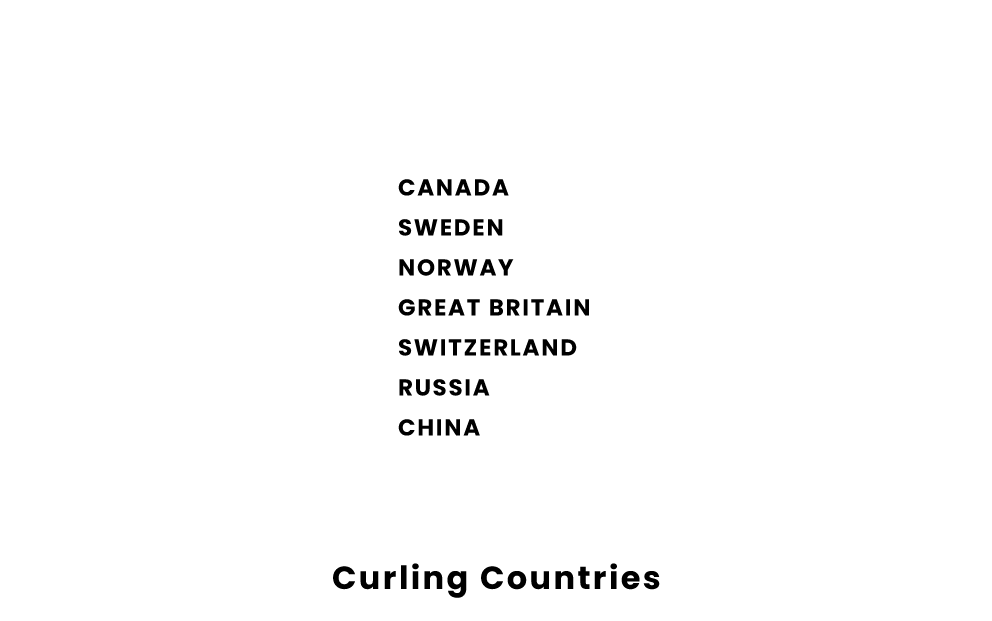 Curling is most popular in northern European nations and Canada. Although the sport was created in Scotland and spread across Europe and parts of Asia, it came across the Atlantic Ocean during European immigration to North America. More recently, curling programs have significantly increased in many Asian countries.

The countries in which curling is most popular are:

In other countries, such as the United States and South Korea, more curling programs are becoming available, and the sport is gaining attention. The United States Men's Team and the South Korean Women's Team both won medals (gold and silver, respectively) at the 2018 Winter Olympics. Winning an Olympic Medal will help increase awareness and grow the sport in these nations.

As the sport continues to grow across the world, it is likely that the road to the Olympics or World Championships will increase in difficulty on a national and international level. Nations with existing curling programs will continue efforts to bolster the production of high-performance teams that can remain on an ever-surging competitive level. Nevertheless, this is a good problem to have because that means that curling is gaining global attention and more countries are becoming internationally competitive in the sport.

The sport of curling is governed by the World Curling Federation. The World Curling Federation creates and enforces rules and regulations for all curling games, runs curling training sessions for athletes, icemakers, and umpires, and oversees most curling media. There have been two noteworthy changes to curling rules in the past couple years. The first is extending the Free Guard Zone Rule to apply to the first five rocks thrown rather than the first four rocks thrown. The second is establishing a specific type of broomhead required for major curling events that do not significantly affect the trajectory of a curling stone when swept.