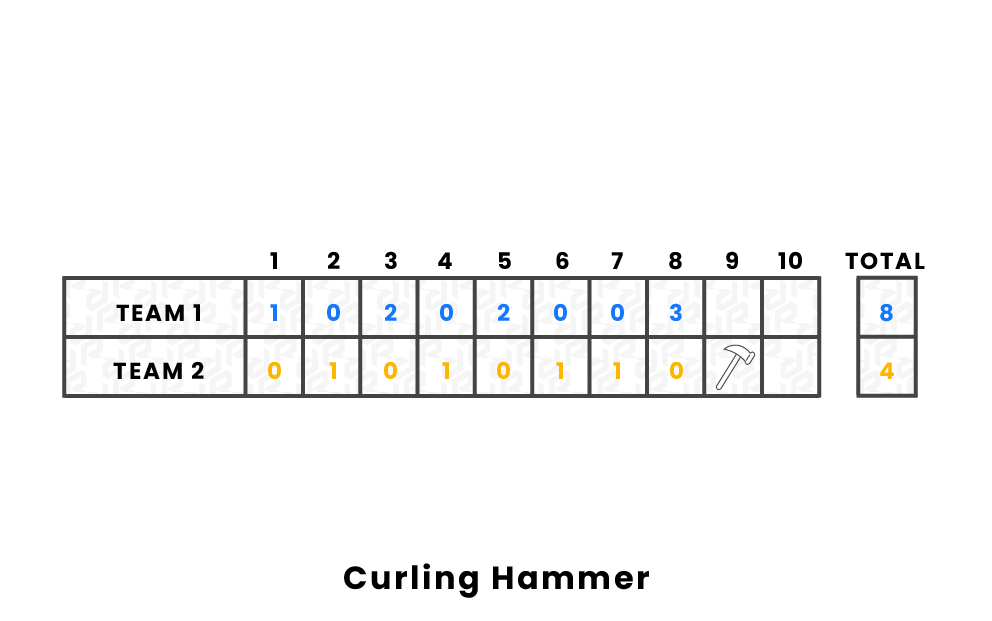 In curling, the hammer refers to the final shot of each end in a game of curling. The hammer proves to be an advantage as the opponent has no reactionary shot and cannot influence the outcome of the end. Typically, teams with the hammer try to score two or more points while teams without the hammer try to force their opponent to score only one point.

Hammer in the First End

The coinflip or last stone draw is used to determine which team gets the hammer in the first end. Traditionally, the team that wins the coin flip will elect to have the hammer in the first end. However, there are rare instances in which the team will elect to give the other team the hammer. The team that loses the coinflip gets to choose which color stones they would like to throw. The coinflip is used in most curling clubs to determine which team will have the hammer.

Hammer for the Remaining Ends