What is halftime break in curling?

Halftime in curling is a short break between the fifth and sixth ends of major curling games (national, international, championships) for men's and women's formats and between the fourth and fifth ends for mixed doubles formats. At this time, teams may speak with their coaches and prepare for the second half of the game. 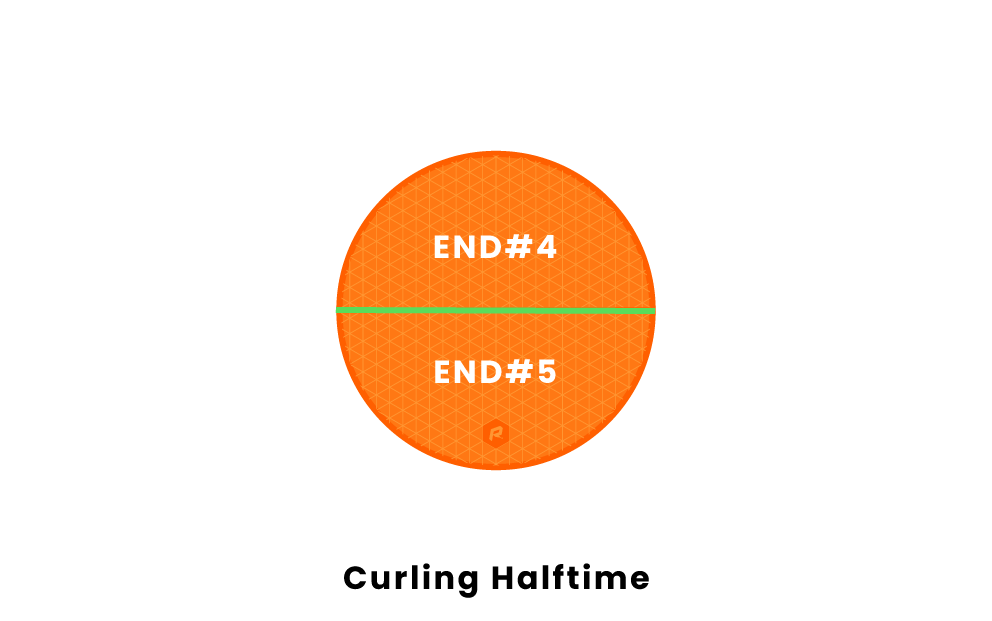