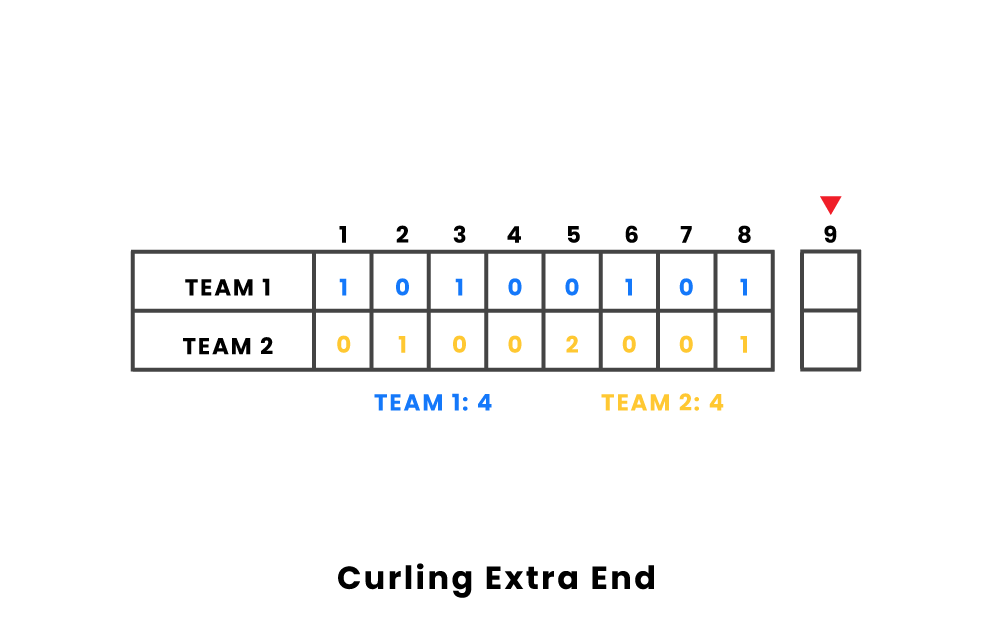 An extra end is exactly what it sounds like: it is an extra end of curling played to determine which team will win the game. Extra ends work exactly like regular ends in a game of curling. Just like a regular end of curling, each team will alternate throwing all eight of their stones. Similarly, the vices will determine the score after the end is completed. Logically speaking, the team that scores in the extra end will win the game.

Hammer for the Extra End

Game Procedures for the Extra End

In league play, it is common to accept that the game is a tie, and other tiebreakers will be assessed at the end of the season, if a tiebreaker is necessary to determine a team's seed in the playoffs. So, let's shift to a competitive game of curling for a few moments. In these games, a tie cannot occur; there must be a winner. Therefore, curlers will play an extra end.