Every curling game is made up of ends. An end has two parts, where each team alternates throwing their eight stones. Thus, a total of 16 stones are thrown during an end. A game of curling usually consists of eight or ten ends. Most competitive curling games are ten ends long, while most games at curling clubs last eight ends. In an end, both teams are throwing in the same direction. After they throw in one direction, they throw back in the opposite direction. 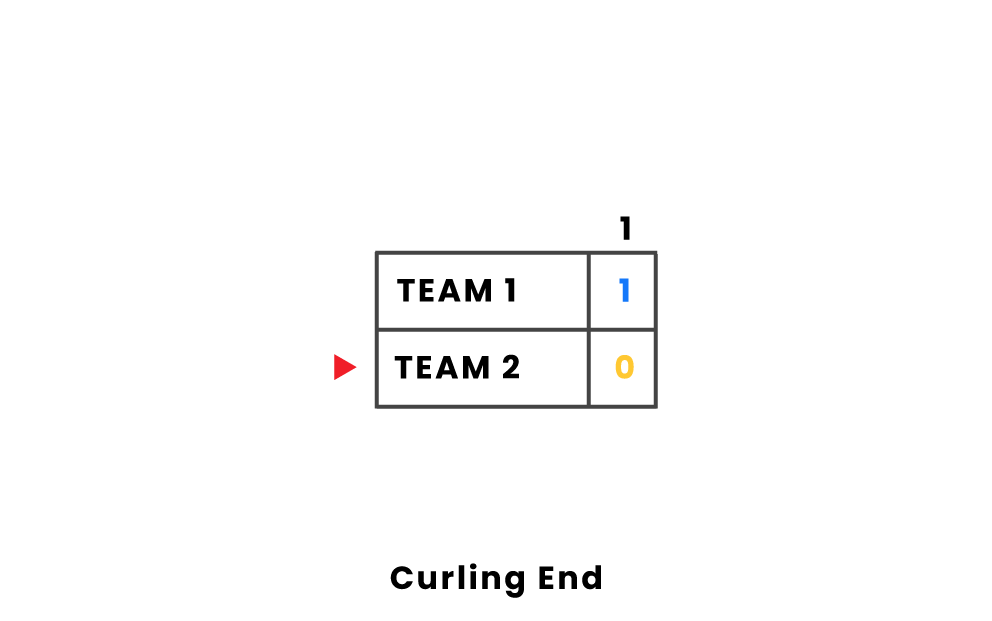 The team that has the hammer throws second while the team without the hammer is the first to throw a stone. In curling, teams alternate throwing stones during an end. A team will complete their throw, once they push out of the hack and release their team's stone. After, the other team steps into the hack and delivers their stone.

Now that you are setup in the hack, your skip gives you the important information about the shot, and you get set to deliver. Your opponent moves towards the outside of the sheet, and you may now deliver your stone.

Hammer for the Next End

A blank end is when neither team scores points, meaning there are no stones on the sheet in the house. It is common for a team to purposely blank an end to retain the hammer for the next end.

Over the course of a season, your team may win numerous ends during a game, or maybe just a few. It's a possibility that you won a game ten to five, but only scored in three ends. Maybe your team lost eight to six, but you scored in five ends. Perhaps your team blanked an end or two. Therefore, the amount of ends you win per game may not accurately reflect your points for/against per game statistics. Thus, we rely on two different statistics to figure out how many ends a team wins and loses per game. We rely on an additional statistics to figure out how many ends a team blanks per game.

In curling, there are three statistics related to ends per game. They are:

As this chapter progresses, we will learn about each statistic separately. While all three statistics contain similar formulas, it is best if we learn them separately so we do not confuse ourselves.

Ends For per Game

Ends Against per Game

Over the course of a season or bonspiel, this statistic will remain relatively low. A typical value for this statistic is usually around one blank end per game.

Below is a picture of the house after completing the end. What is the score? Remember that your team threw the red stones, and your opponent threw the yellow stones.

Now that all the stones have been thrown and the score has been determined, the first end of your game is officially completed.