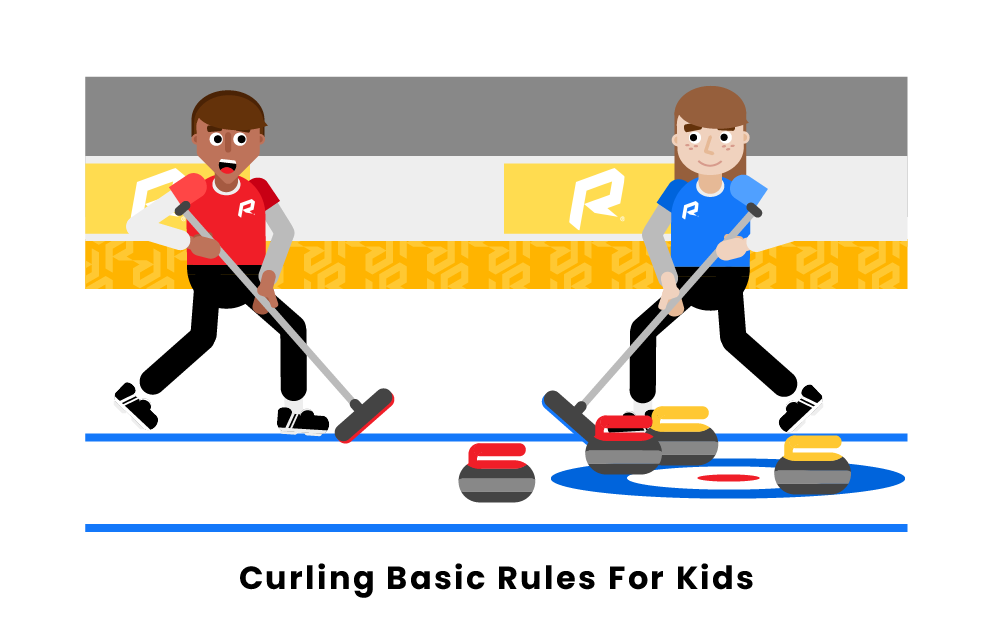 In curling, a house is the bullseye located at the end of the ice.

Each team has four people and gets 8 curling stones, also known as rocks.

The rocks must be slid over the hog line in an attempt to get the stone as close to the house as possible.

One person slides the rock and two others guide it down the ice by using brooms.

The rock will be taken out of play if it hits the sides or crosses the line behind the house.

Players can score one point per rock.

The goal is to get more rocks near the center bullseye than your opponent.

In curling there are usually eight or ten rounds where each team uses their rocks.

At the end of all the rounds, the team with the most points wins the match.

The time limit for a match is 73 minutes, and each team gets two timeouts.

The timeouts last one minute each.

If the teams are tied, 10 more minutes will be played and each team gets one more timeout.