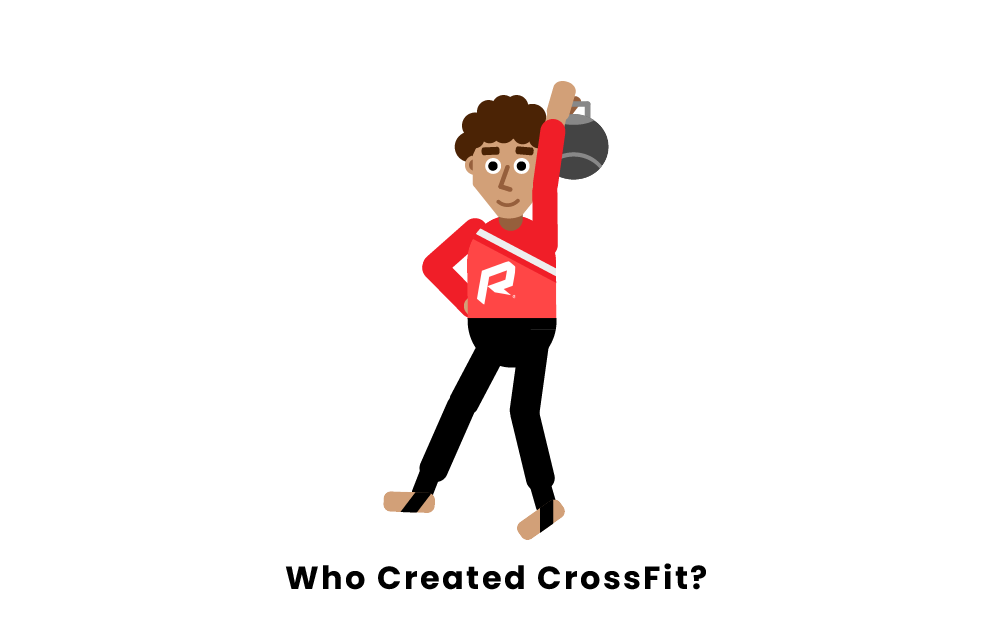 CrossFit is a workout style that includes many bodyweight exercises, along with dumbbells, barbells, running, cycling, and many other aerobic exercises. This unique workout approach was created decades ago by Greg Glassman. Keep reading to learn about the history of CrossFit and its creator.

In the 1970s, Greg Glassman was a young gymnast who trained hard and constantly looked for new ways of training to outperform his competitors. Like many other gymnasts, Glassman often did bodyweight exercises to keep himself in shape. To differentiate his workouts, he began adding other elements to his training, such as weights, ropes, and several other aerobic training methods. The workouts focused on functional movements like pushing, pulling, and squatting and were done in short intervals at a high intensity. This type of working out would eventually become known as CrossFit, one of the most popular exercise lifestyles in the fitness industry today.

The CrossFit Games are Born

The CrossFit Games is a competition that aims to determine who is the “Fittest on Earth” through a series of different challenges such as swimming, running, deadlifting, and obstacle courses. Differing from many other fitness competitions, athletes are unaware of the exercises and challenges they will be completing ahead of time. This is prioritized in the games because of Glassman’s belief that the best athletes can execute any exercise. Another unique aspect of the competition is that the winner is not chosen based on form but on who completes the exercises the quickest.

The first CrossFit Games took place on a ranch in California in 2007. The competition hosted 70 athletes along with a crowd of spectators. Like all the other CrossFit Games to come, the events were chosen randomly and included a 1,000-meter row, 100 pullups, and seven push jerks. The first two winners of the Games were James Fitzgerald and Jolie Gentry, and the prize money was only $500.

Growing Popularity of the Games

After the first CrossFit Games in 2007, the popularity of the competition grew rapidly. The following year, the event hosted over 300 competitors and 800 fans. In 2009, the competition expanded to the international level, with athletes competing from Asia, Africa, Europe, and South America. The CrossFit Games continued to flourish and, in 2011, earned a pivotal ten-year sponsorship deal with Reebok that set the event up for significant success in the upcoming years.

In 2011, CrossFit began offering “open workouts,” where specific workouts were chosen for athletes all over the world to attempt. Once completed, athletes could have their scores verified by CrossFit coaches and compare them to others. This became a crucial aspect of the CrossFit world, as it became the method of selecting the top-performing athletes from each region to compete in the Games.

Each year, CrossFit continues to grow, adding a wide variety of challenges, events, and seeing more and more competitors. There are now over 15,000 gyms that are associated with the Games, and the competition can be streamed on several notable channels, including ESPN and CBS. While the nature of CrossFit will always be competitive, in recent years, Glassman has shifted the workouts to focus on having fun, building a community, and maintaining a healthy lifestyle.

CrossFit was developed by Greg Glassman. Growing up, Glassman was a gymnast that found it was advantageous to train in short, intense intervals and use equipment such as dumbbells and barbells compared to his competitors, who often focused purely on bodyweight exercises. He also frequently rode bicycles with his friends. Through all of his activities, Glassman discovered the importance of being a well-rounded athlete capable of completing a wide variety of exercises and movements, leading him to create CrossFit.

When was CrossFit invented?

CrossFit as a company was formally established in 2000. However, this workout style that includes many different exercises, movements, and a wide array of equipment first began to develop through Greg Glassman’s creative workout routines in the 1970s. After establishing his first gym in Santa Cruz, California, in 1995, Glassman began training many clients and quickly saw the benefits of training them in groups instead of individually. In the summer of 2007, the first CrossFit Games were held on a ranch in California.

Why was CrossFit made?

CrossFit was created to promote well-rounded athletes that are talented in many different fitness activities. Rather than being a master in one area of fitness, Greg Glassman emphasizes being physically fit overall and able to complete a variety of exercises well. The workouts aim to generate similar feelings in athletes that they would experience from participating in a real competition, such as a game or fight. Overall, the goal of CrossFit is to create a community that focuses on maintaining a healthy and active lifestyle through fun yet intense workouts.

Pages Related to Who Created CrossFit?