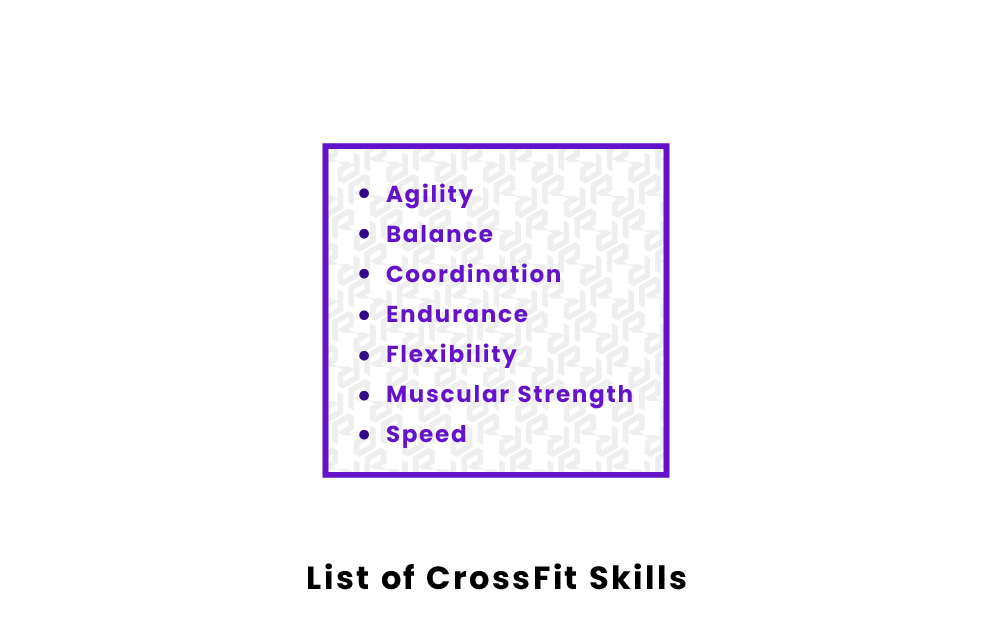 This is a fundamental movement commonly performed in Crossfit workouts. The air squat requires the athlete to adopt a shoulder-width stance, extend their arms forward, and bend at the knees so that their hips descend lower than their knees. The athlete completes the move by returning to their original standing position. The air squat is used to build leg strength.

This movement is similar to the air squat, but it requires the athlete to hold a weighted barbell across their shoulders while performing the squat. When performing this exercise, athletes need to stand with their feet turned slightly outwards and a little wider than shoulder's width apart.

This exercise requires the athlete to hold a weighted barbell over their head while performing squats. Place your hands wide on the bar and with your feet slightly outside of shoulder's width. This exercise focuses on developing leg, arm, and core strength.

To perform this exercise, a Crossfit athlete would start from the ground and jump onto a box of a specific height. This movement helps athletes develop leg strength and explosiveness. Box jumps require the athlete to drop to a quarter squat position then drive their arms up as they explode out of the squat and onto the box. Upon landing on the box, the athlete would open their hips and stand up completely. This move is often repeated several times as part of the workout.

As the name of the exercise suggests, a handstand pushup combines a handstand and a push-up into a singular movement. This movement requires both balance and strength. To perform this exercise, a Crossfit athlete kicks their body into a handstand position against a wall, lowers their body so that their head touches the floor, then pushes themselves away from the floor back into a handstand.

This is another basic skill commonly used in Crossfit routines. Although this movement is simple, it is effective for building strength and muscle. Pull-ups require athletes to hang from a bar with their hands in an overhand grip and pull themselves up so that their chin passes the bar.

This is a somewhat complex movement that focuses on building full-body strength and power. To perform a Crossfit clean, an athlete uses a barbell equipped with weights of their choosing. The goal of the clean is to lift the barbell past the knees and then use leg and arm strength to flip the bar so that it is resting on the chest and shoulder area. The clean is completed by rising from the squat into a standing position then dropping the bar on the floor.