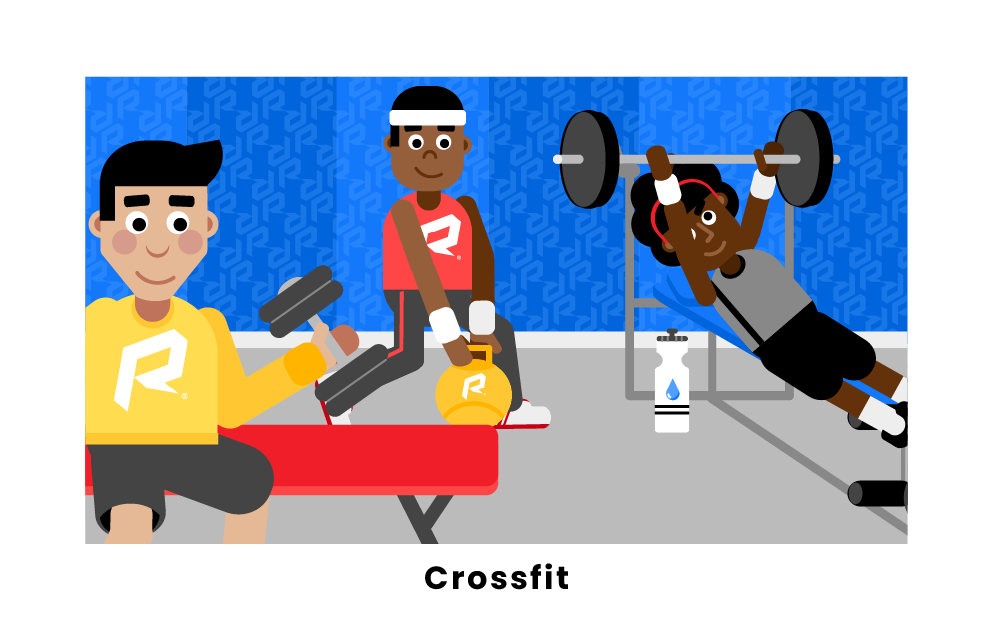 CrossFit's first gym, or box as they call them, was opened by the founder, Greg Glassman, in 2001 in Santa Cruz, California. By 2005, there were over 13 CrossFit gyms in the United States. Today there are over 13,000 boxes globally.

CrossFit is fitness through natural movements. The majority of the current regiment was created by Greg Glassman in his own garage when he was 16. According to Glassman, the CrossFit method is a combination of high-intensity and functional movement based on cardiovascular endurance, gymnastics, body weight movements, and weightlifting.

Workout of the Day

CrossFit, besides calling their gyms boxes, has some other specific vernacular. For example, every day you enter the box or go online, there is a daily workout regiment posted which is referred to WOD or Workout of the Day. Individuals who participate in the classes are called athletes and their instructors are coaches. CrossFit pledges to improve their athletes by making them quicker and increasing their strength through CrossFit resistance-training, intense weight lifting, and cardio exercise.

CrossFit's athletes are a community. Athletes both train and eat similarly, many are following The Paleolithic diet or Paleo diet. However, there is some negativity to the CrossFit community. There has been some backlash to the intensity of the workouts, due to some participates developing a condition called rhabdomyolysis, a breakdown of muscle tissue that can lead to kidney damage.

Despite some of the potential risks involved, CrossFit has grown massively around the world. CrossFit is one of the fastest-growing networks of affiliated gyms. It ranks seventh behind the YMCA, for best fitness centers. It is estimated that around 115,000 individuals have become certified to coach. CrossFit earns over $100 million annually in revenue. CrossFit is the ultimate endurance workout and based on improving their athletes by pushing them to the limit.