What Are The Rules of Croquet? 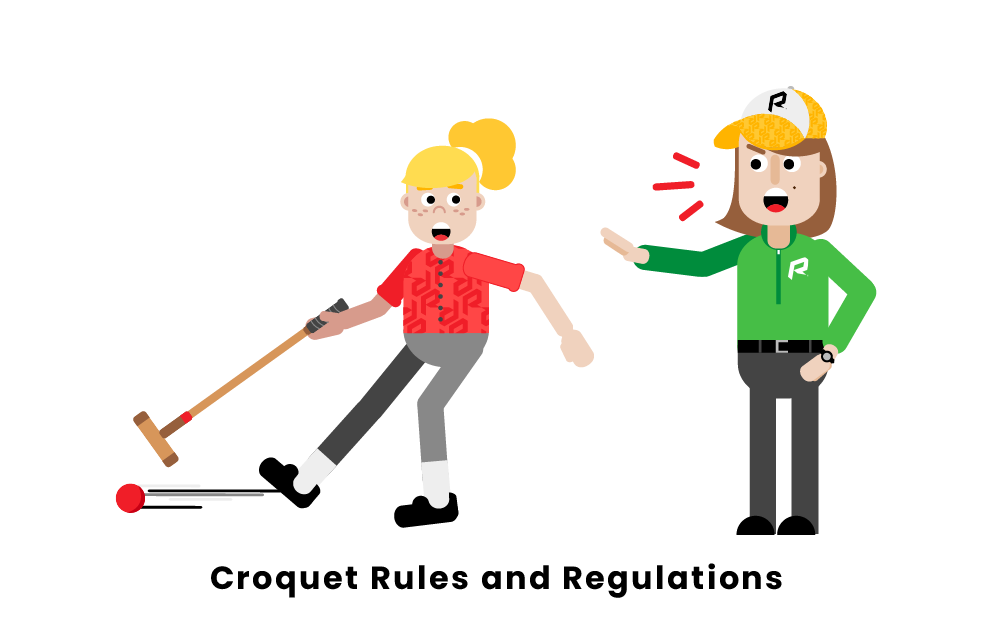 Croquet is a popular outdoor game played on a lawn or a grass surface. It uses long-handled mallets to hit a series of balls through several hoops. The game originated in France before moving to England and then the United States. Now, it is a common game to play worldwide in the summer or warmer months. The goal of the game is to get the ball through all the hoops and touch the wooden peg. Typically, the game is played with six or nine hoops in North America, and the hoops are laid out in a pattern, usually an oval. There are two wooden pegs, and all hoops are placed no more than 40 feet apart. This game comes in different forms depending on which country or level you are playing.

There are several specific rules for how croquet is played. This list includes the basic rules that one must follow without any added in.

What are the Penalties of Croquet?

These are the four most popular versions of croquet worldwide:

This form of croquet is the most common form of croquet played in the United States. The court is the same as other versions of croquet, except there is no yard line. If a ball is hit out of the game, it is replaced nine inches away from the boundary where it was hit out. Each player plays their first ball from the starting area or a mallet length way from wicket one.

Association Croquet is played side versus side. One side has the blue and black balls while the other side has the yellow and red. The game starts with all four balls being played into the court or lawn from both sides in the first four turns. The turns of players alternate during the game, and each turn is one stroke. When a striker hits another ball, they have made what is called a roquet, and they receive another strike at the ball for this. The turn ends if the croquet ball is sent off the court or the striker's ball is sent off without first making a roquet or scoring a hoop for itself.

The standard court for this game measures 100 by 50 feet, and the wickets are placed in a double diamond pattern. The start is the same as the American 6-Wicket Croquet, except that after roquet, a player can do one of the four options:

The order of who goes in golf croquet is the same as regular croquet, which depends on the color of your ball. Along with this, the rules of regular croquet are all very similar to golf croquet except for a few differences. For example, the person hitting the ball is called the striker, and it is considered a “fault” if you touch another ball with your mallet. If a fault is committed, the turn of that player is ended.

The equipment needed to play a game of croquet isn’t that difficult to find. A standard croquet lawn measures around 35 by 28 yards, although the lawn can be bigger or slightly smaller. You also need a basic croquet set. A set includes six or more hoops depending on the size or the amount you are trying to play with, one or more pegs, four mallets, and four balls. The balls are colored red, black, yellow, and blue. There are a variety of sets you can get that can include things like colored mallets, colored hoops, and extra hoops or pegs. All of these are features that can be used to play with multiple people or add extra design to the game.

What are the colors of the balls used in croquet?

The colors of the balls used in croquet include blue, red, black, and yellow. The order in which a player goes depends on the color of their ball as well. For example, blue goes first, followed by red, black, and yellow in that order. This is the same order of each turn that happens throughout the game of croquet.

Where do you play croquet?

Pages Related to What Are The Rules of Croquet?