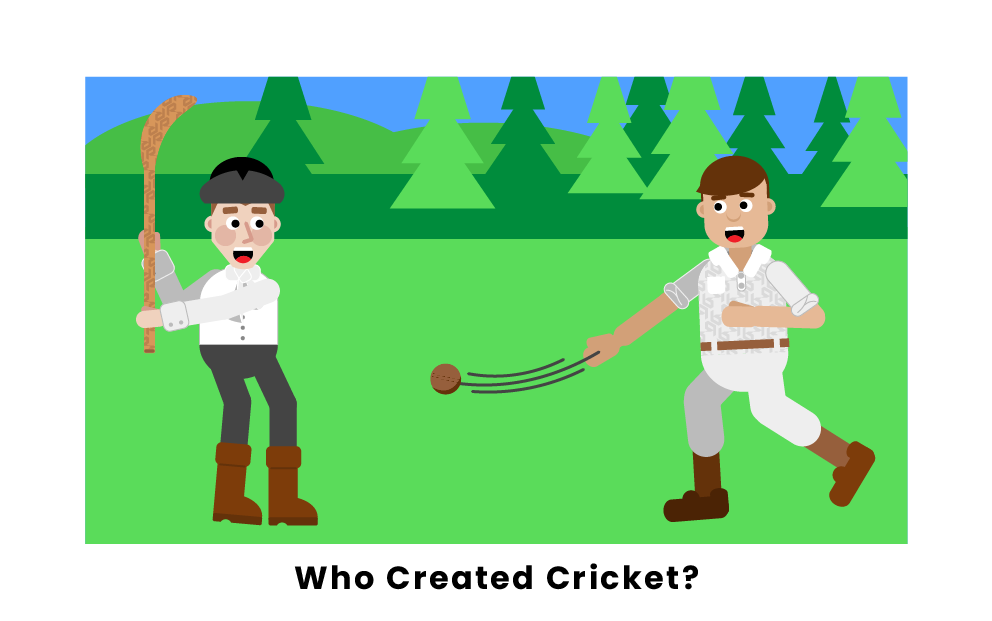 Curious about who created cricket? What started as a children’s game is now the second-most popular sport in the world. Read on to learn more about the first people to play cricket and those who helped transform it into the worldwide phenomenon that it is today.

Cricket was created by English children during the Saxon or Norman era. The first people to play cricket were children living in the wooded area of southeast England called the Weald, in what is today Kent, Sussex, and Surrey. As early as the 1300s, English boys played cricket as a leisure activity. In the first forms of cricket, the ball was bowled completely along the ground, so the forest clearings and sheep-grazed pastures of the Weald were perfect venues for the game. The first written record of children playing cricket occurred in a court case from 1598 in Guilford, Surrey.

Following the Restoration in 1660, noblemen in Kent and Sussex served as patrons of the sport by forming the first professional cricket teams. Sir William Gage, Alan Brodrick, Charles Lennox, 2nd Duke of Richmond, and Edwin Stead fielded some of the first paid squads, featuring the earliest cricket stars such as Thomas Waymark and William Bedle.

Today the Laws of the Game are followed worldwide. But the first time a set of written rules was used in cricket was in 1728 when Alan Brodrick and Charles Lennox drafted an Articles of Agreement to define the rules before a match. This became common practice, and in 1744, the London Cricket Club established official Laws of the Game, with a printed set of Laws published in 1755.

The committee voting on the Laws was made up of prominent cricket patrons including Philip Dehaney, Sir Horatio Mann, Charles Powlett, Sir William Draper, John Frederick Sackville, and Charles Bennet. These patrons went on to form the Marylebone Cricket Club (MCC) at Lord’s. The MCC was founded in 1787 and became the official custodian of the Laws, a role the club has served ever since.

By the 1800s, cricket had spread around the world, and the first international match took place in September 1844. This first instance of what would now be called a Test match was held at St George’s Cricket Club in Manhattan, New York, between the United States and Canada. The US team was made up of players from Boston, Washington DC, and Philadelphia clubs, while the Canadian team was mostly composed of Toronto Cricket Club members, as well as a few players from the Upper Canada College Club and the Guelph Cricket Club. Canada won the match by 23 runs. This fixture has been reprised sporadically and is known as the Auty Cup.

Who is the inventor of cricket?

There is no single inventor of cricket. The sport was collectively developed as a folk tradition in the form of a leisure diversion by the children of the Weald, a forested region of southeast England. The children were either Saxon or Norman people, living in what is today the regions of Sussex, Surrey, and Kent. Cricket was first formalized as an organized sport on which to gamble by English noblemen such as Edwin Stead, Alan Brodrick, Charles Lennox, and Sir William Gage.

What was the first ball used in cricket?

The first ball used in cricket was either a stone or a matted lump of sheep’s wool. Historians believe both materials were used by the children of the Weald, playing the first games of cricket in pastures of short grass sheep had grazed. The first actual ball used in professional matches is very similar to the red ball used in today’s Test matches. It is made of a cork core, wrapped in string, and covered in leather. The size, weight, and design of official cricket balls were first encoded in the Laws of the Game in 1774.

When was cricket first played?

Cricket was first played during the Saxon or Norman eras of England, sometime between the fourteenth and seventeenth centuries. Historians speculate that cricket was played as a children’s game as early as 1300, but the first definite record of children playing cricket was not made until 1598. Cricket survived for several generations as a children’s game before it was adopted as a sport for adults. The first recorded cricket match between adults occurred in 1611 in Sussex.

Pages Related to Who Created Cricket?