What are the rules of cricket? 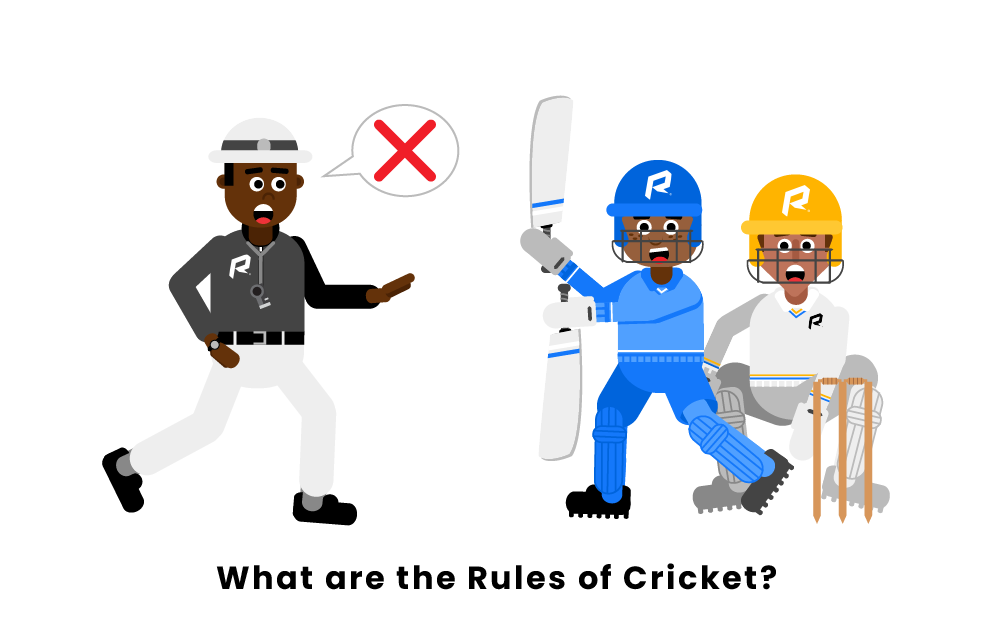 The pitching area on a cricket pitch is always a rectangular area of 22 yards in length. Additionally, there are two sets of wickets on each side of the pitch, standing 71.1cm high and measuring 22.86cm wide. The decision of what team bats first and what team bowls first is determined by a coin toss. The captain who wins the coin toss chooses to bat or bowl first, and the game begins.

The team that scores the most runs at the end of the set innings wins. There are several different forms of cricket; however, the most common form is test cricket, which spans two innings with a time limit of five days.

Getting the Batter Out

Another way to get the batter out is by hitting the wickets with the ball and causing the bail to fall. Bowlers will throw the ball extremely fast and low to the ground so that it is difficult for the batter to hit. It is important to note that the ball must remove one bail. If the ball has touched the batsman’s bat or any part of their body and removes a bail, it will still be an out. However, if the ball touches the umpire or another player and removes a bail, it will not count as an out. Lastly, the batter is not out if the ball hits the wicket but does not knock out a bail.

Another way a batter could get called out is if they knock their wicket down after the bowler begins his delivery and the ball is in play. Batters can also be called out if they willingly obstruct the opposition using words or action.

When the batting team is all out, they switch with the bowling team. Once each team gets a chance to bat and bowl, an inning is concluded. Matches have 1 to 2 innings depending on the form of cricket being played. Regardless, the team that scores the most runs at the conclusion of the innings wins. There are a few different forms of cricket, including test cricket, Twenty20 cricket, and one-day cricket. The most recognized form is test cricket, which lasts two innings.

Cricket has several features that make it one of the most unique sports on the planet. First, cricket test matches can last several days and have no time limit. In fact, the longest male test cricket match of all time was between England and South Africa and lasted 43 hours and 16 minutes. The game took place in March of 1939 and was abandoned because the ship taking home the England team was due to leave.

Another unique feature of cricket is the 40-minute lunch break between the first two sessions of a day’s play. Additionally, after the second session of play, there is a 20-minute break allotted for tea.

Teams also have a 12th man who is a substitute fielder in case someone gets hurt or is otherwise unable to play. Once the injured player recovers from injury, they may return to replace the 12th man. The 12th man is also not allowed to bat or bowl.

What is a wicket in cricket?

At each end of the pitch, there are wickets. Wickets are made up of three wooden stakes and two wooden pieces referred to as bails resting on top. The structure gives off the look of a miniature wooden castle. Wickets are an extremely important part of cricket. When the bowlers are bowling, their aim is to get the ball past the batter and knock over one of the bails by hitting the wickets, which will get the batter out.

What is a bail in cricket?

In cricket, a bail is the small wooden structure on top of the stakes that make up the wicket. On a wicket, there are three wooden stakes that are bridged on the top by two bails. Bails are extremely important in cricket because they determine one method of getting a batter out. If a batter misses hitting the ball and knocks over one of the bails, then the batter is out. If the bail does not fall over, the batter is not out.

Is there a limit to the number of runs a batter can score?

Pages Related to What are the rules of cricket?