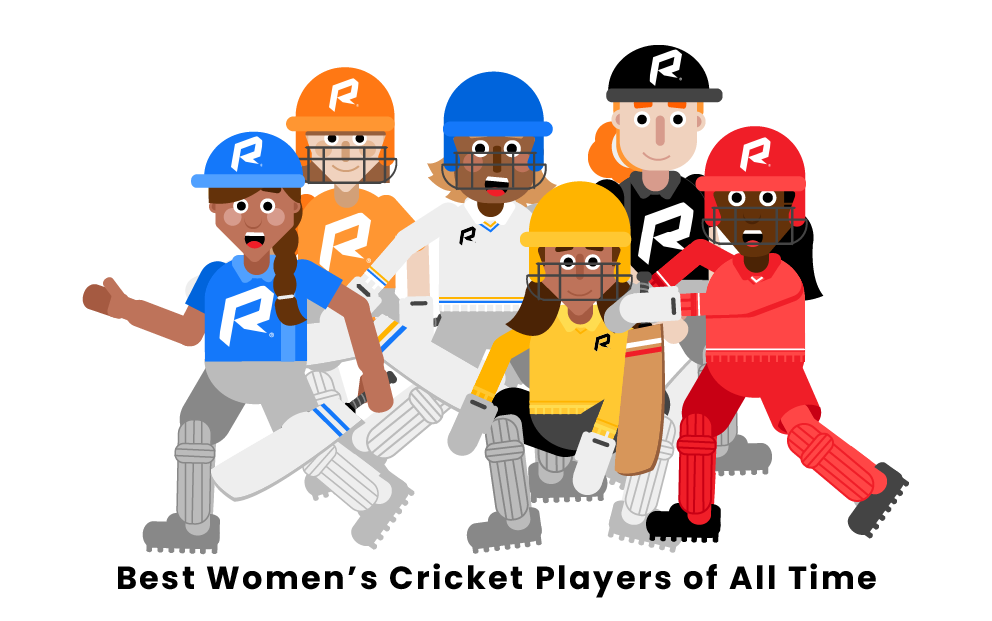 Cricket is a centuries-old sport that involves using a bat and ball to score more runs than the opposing team. The game is loved by fans worldwide; however, it is most popular in the United Kingdom, India, and Australia. Over the course of history, certain women’s players have risen to the top and stand as the greatest ever to play the sport. Here are the top six best women’s cricket players of all time.

Who are the best women’s cricket players of all time?

Rachael Heyhoe-Flint is recognized as the greatest advocate for women’s cricket, both during and after her career. As one of the most impactful people in the game, she played a major role in promoting women’s cricket and changed the course of female participation in the sport. In 1973, Heyhoe-Flint was instrumental in establishing the Women’s World Cup, leading Britain to its first win that year. She also played in the first women’s match at Lord’s Cricket Ground in 1976. Upon her passing in 2017, the ICC announced the Rachael Heyhoe-Flint Trophy, commemorating her legacy in the game of cricket.

In her 16-year professional career, Cathryn Fitzpatrick is still known as one of the fastest bowlers in the world. Her technique of 75-mile per hour bowling was influential in multiple Australian World Cup victories. In her tenure playing for Australia and the Victoria women’s team, she accomplished numerous milestones that propelled her to the forefront of success. Fitzpatrick was the first woman to reach 100 one-day appearances and became the third-best wicket-taker in Australia. After her retirement in 2006, Fitzpatrick became the head coach for the Australian women’s team, leading the team to three World Cups.

Beginning her career in 2006, Sarah Taylor possessed skills as a wicketkeeper never before seen in the game. As a player on England’s national team, she was instrumental in securing the World Cup wins in 2009 and 2016. Taylor has garnered multiple awards, such as IT20 Women’s Cricketer of the Year in both 2012 and 2013 and ICC Women’s Cricketer of the Year in 2014. In Australia, she became the first female to play men’s grade cricket. After retiring in 2019, Taylor returned to the pitch for the debut of The Hundred’s Welsh Fire in 2021.

Mithali Raj is a renowned cricket player on the international scale, with one of the longest careers in the history of women’s cricket. Over the course of her nineteen years, she has become the best Indian female batter and has represented India on the national women’s team, along with teams throughout the country. Raj is the only Indian captain in both men’s and women’s cricket to guide her team to two 50-over World Cup finals. Accompanying many other records, she was the first woman to reach 6000 runs. Unlike others on this list, Raj is still playing today and has a chance to build on her impressive accolades.

In her 20-year international career, Charlotte Edwards made herself known as one of the best in the sport. While playing, she was the all-time leading ODI run-scorer in women’s cricket. Edwards has appeared on the international stage more than any other female cricketer in history. In 2009, she led England to the World T20 title in its inaugural year. Her accomplishments in the game earned her accolades off the pitch when she was awarded 2008 ICC Women’s Player of the Year and honored with a CBE by the Queen in 2014. In 2016, Edwards announced her retirement.

Who is the greatest women’s cricket player of all time?

Rachael Heyhoe-Flint is the greatest women’s cricket player of all time. As a player in the earlier years of the women’s game, she revolutionized cricket on the international level. Her efforts resulted in the creation of the Women’s World Cup as well as female involvement in the administrative side of cricket. Without Heyhoe-Flint, talented female cricketers may not have had the chance to compete on an international scale.

Who is the highest run-scorer of all time in women’s international cricket?

Mithali Raj recently became the highest run-scorer following a match against England Worcester in July 2021. She now holds the record with 10,337 runs over the course of her 23-year career and is one of only two women’s players to reach the 10,000 run mark. In her career, she recorded the majority of her runs in ODIs and T20Is, totaling 9,668, while Test appearances accounted for 669 runs.

Who holds the record for the most career centuries in women’s cricket?

Meg Lanning of Australia holds the record for the most career centuries in women’s cricket with 16 on the international level. Since her debut in 2010, she has become one of the best batters in the game, with 14 hundreds in ODIs and two in T20Is. Serving as a captain on the Australian team, Lanning continues to establish herself as a leader within the women’s game.