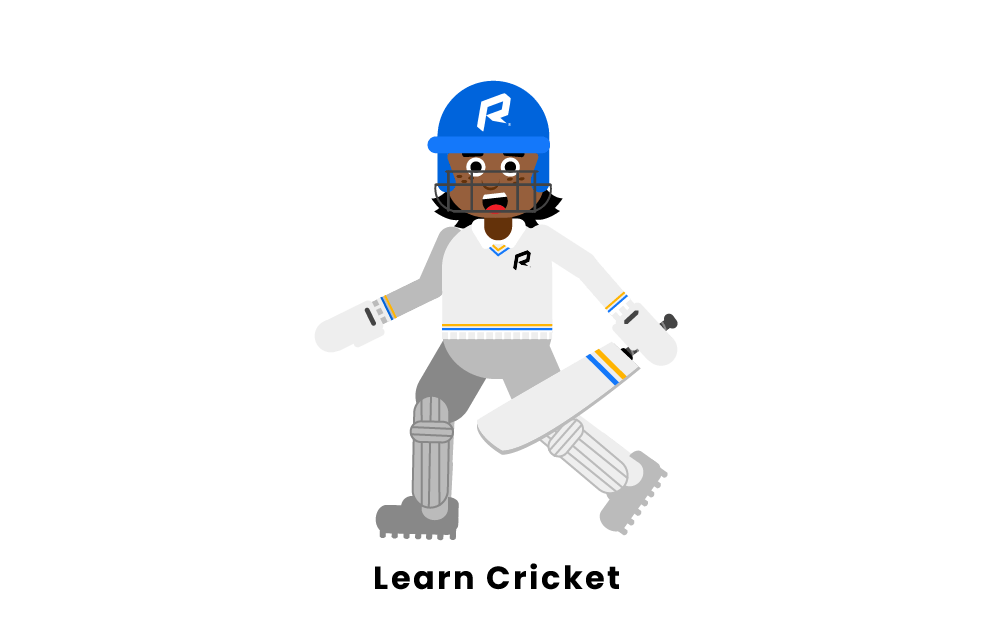 Cricket can be learned in different ways. Firstly, one can look at the International Cricket Council's official handbook. The handbook covers play for men and women in all three styles of cricket, Twenty20 cricket, One day international cricket and Test Cricket. The handbook describes how to play cricket, the rules and the traditions of cricket. The opening paragraph of the handbook is about the players and describes the commonality of cricket, eleven players, one captain per team, one team is the batting team and one team is the fielding team and then they switch. Though reading is useful for rules, the best two ways to learn or understand something like cricket is to watch or play it. Cricket is not very popular in the United States but is immensely popular in parts of Europe, Africa and Asia. In the US ESPN+, a new sports streaming service, has promised cricket on its site available to watch. If one wants to learn to play cricket, joining a local team is the best way. On ESPN Cricket there is a list of resources by region in the US for playing cricket.

The best way to get into cricket is to watch it. Watching an exciting match like the Cricket World Cup. ESPN+ is the best place to watch cricket matches in the United States. The most exciting tournament in the world for cricket is the Cricket World Cup. The World Cup occurs every four years and is the peak of international cricket matches. The 2019 World Cup was the most viewed ever with a cumulative live viewership of 1.6 billion. Watching a World Cup match between two countries that are bitter rivals could very quickly turn someone on to cricket. Even better than watching a game on TV would be to go to a cricket match in person. Taking in the atmosphere and enjoying the game how it was enjoyed hundreds of years ago would easily get a person into cricket. If one has the opportunity to travel, going to the royal cricket grounds in London or to a Indian Twenty20 match would make someone love the sport. The games are filled with tradition but also with modern eye-catching fan interaction, in India especially. Another way to watch would be to find local cricket leagues in the area. Usually these are attended by passerys and family members, many who would be willing to talk about cricket with an onlooker.

Much like other things you can teach yourself cricket but the learning of it is improved by having others to teach or to play with others. It is possible to just pick up a rulebook and then try to understand cricket. One can also watch cricket on TV or stream it to learn. Additionally, Youtube and social media can be important tools to learn cricket and have it be broken down, both from the standpoint of a fan and that of a player. That being said, the best way to learn anything is with others. To learn to play cricket the best way to do so is to actually play it. By playing cricket, especially with people who know the game well, one can more quickly learn how to play and have mistakes explained when they are made. To be able to bowl or swing a bat or any physical motion involved in cricket, involves repetitive practice to get right, much like any other sport or other disciplines like music or art.

How long does it take to learn cricket?

Cricket is a complex game, it can take a while to learn the game. The entirety of a cricket match alone can be quite time consuming. A Twenty20 match, the newest kind of cricket match is played until each team has finished twenty overs, a set of six balls each, and can take a few hours including the breaks in play. International cricket matches are longer, they typically last a day and include a break for a meal. The matches typically are limited by overs or by time and fans make an entire day out of cricket. The most traditional matches, test matches, last usually for five days and include breaks both at the end of the day and for tea, for players to refuel. In this way, learning the game by going to matches can take quite a bit of time. The same can be said for playing. If one wants to train outside of organized cricket and make the most out of modern learning techniques such as Youtube cricket can be learned quickly, in the span of a few hours, but to become truly engrossed and learn to the fullest possible more time is required.

Cricket is a very difficult game. Hitting a baseball has long been called the most difficult feat in sports. A close second must be hitting a cricket ball. Not only do professional bowlers hurl the ball at speeds upwards of ninety miles per hour but the ball bounces before arriving at the batter, changing their line of sight. For bowlers, batters are very talented, spraying balls to all parts of the cricket pitch, sometimes scoring a fifty, even one hundred, runs. In recreational style matches the speed of play is still fast and the level of cricket is difficult. Adding to the difficulty of a batter is that unlike baseball's “three strikes and you’re out” cricket batters simply have one opportunity to bat. If they swing and miss then that is it for them, they have no more opportunities to bat. Emotionally that can be very difficult and that can be especially difficult for new players getting used to cricket. When put out on the first ball it is hard to improve in game situations. All in all, cricket is very difficult to play but it can be learned.

Theoretically, one can learn cricket for free. Going on youtube and watching hours of cricket tutorials, cricket match highlights and cricket lessons is free. However, as established it is very difficult to learn anything, especially a sport like cricket, without watching or playing it. In terms of playing the most expensive aspect is equipment. Cricket bats can cost anywhere between twenty dollars to a few hundred dollars depending on the brand and the quality of the bats. Most cricket bats are made from wood and those with expensive, denser, woods or ones that are specialty crafted will be more expensive. Cricketers also need protective equipment for batting, gloves, shin guards, and a helmet  are the basics. These too can cost a few dozen dollars, again depending on the sizing and the brand. On top of equipment, local cricket leagues that beginners can join will likely have expenses and charge players. Though these can vary they definitely will not be more than a few hundred or a thousand dollars per player. Watching cricket too can be free if one just goes to a park where cricketers play local games. To see higher level cricket, however, will cost more. At the 2019 Cricket World Cup, as an example, the lowest quality seats varied in price but went for as low as eighteen pounds (twenty three US dollars) but the final of the tournament had the highest level tickets going for 395 pounds (519 dollars). Depending on where and which team one wants to watch, cricket tickets can be fairly cheap and very expensive.