What is a cricket league?

A cricket league is a group of cricket teams that compete against each other in a cricket season. Professional cricket competitions are unique because they traditionally do not follow a league structure like most other major sports.

It is estimated that cricket began being played over 400 years ago. The game developed among young people in schools and parishes, which established local competitions between one another. This longevity has allowed cricket to expand, both in its rules and worldly influence. Since then, the sport has grown to international proportions, with clubs in thousands of cities and national teams representing countries from all over the world.

Cricket competitions include both domestic and international leagues, tournaments, and one-off contests. These various competitions can be drawn out over the course of years or restricted to a few days, depending on which variant of cricket is being played. First class cricket, limited overs cricket, and Twenty20 cricket are three of the most popular cricket formats today. 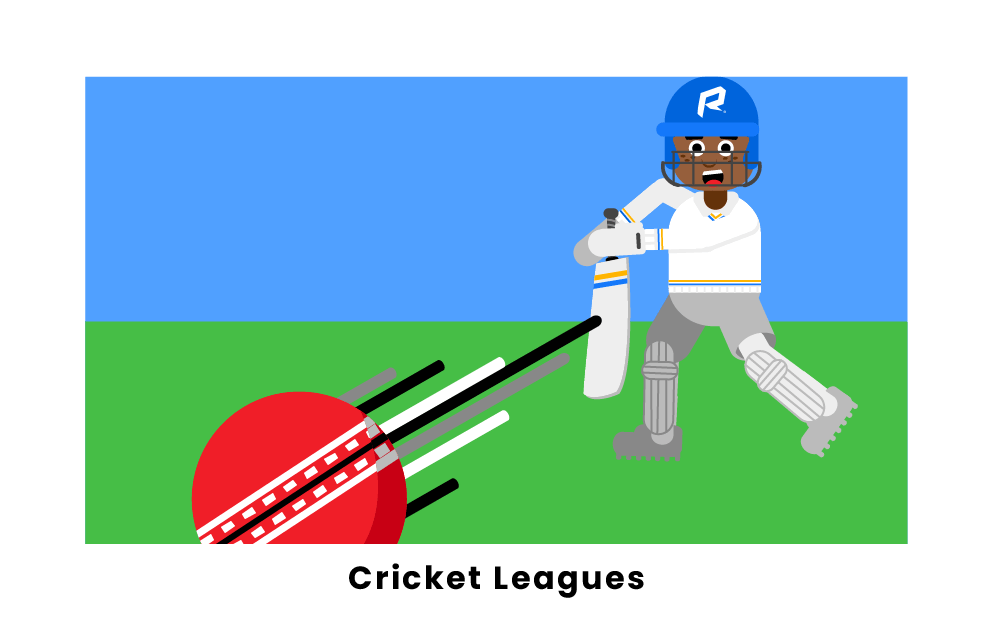 What is the most popular league in cricket?

Unlike many other sports, cricket has historically drawn more interest from international competitions than domestic club ones. However, this has somewhat changed in recent years with the introduction of a new type of game.

Of the different variations of professional cricket (first class cricket, limited overs cricket, and Twenty20 cricket), Twenty20 is the most popular. Having burst onto the cricket scene in the last decade or so, Twenty20 has captured the attention of fans by the millions. Despite some resistance to the new game formats from cricket traditionalists or "purists," these new and flashy games are designed to maximize entertainment (and, in turn, revenue) by shortening the game itself to better keep people's attention.

Traditionalists argue that this devalues the spirit of cricket as a patient and difficult game to get through, implying that T20 leagues are more of a cash grab than legitimate competition. However, many cricket fans are happy to include convenient T20 competitions in their viewership experience.

The most popular Twenty20 league (and overall league) is the Indian Premier League. The IPL was formed in 2008 and has risen to become the most popular league in the world of cricket. It also sits atop the list of most lucrative cricket leagues.

How do you start a cricket league?

To start a large-scale league, one would need to supply millions (if not billions) of dollars in funding, along with a sustainable business strategy and solid understanding of what it takes to operate a league.

Unfortunately, most of us do not have the time or resources to do this much. The good news is, you can still probably start a cricket league in your local area.

Of course, you won't want to start the process of creating a league without knowing you have the commitments of enough players (and their money) beforehand. A league will crumble without proper funding, and you can't play games without enough players!

Starting a league can be a long and arduous process. The first step to creating a cricket competition is deciding what format you want the competition to be in. There are many types of the game of cricket itself, and some games can last multiple days in length. There are also different formats of competition, such as cricket tournaments, leagues, and single game competitions.

Once commitments from players, funding, and a league model are secure, all you need is a venue! Cricket ovals are fairly uncommon in the United States, but there are plenty if you live in countries like Australia, England, India, New Zealand, and Pakistan. If all else fails, a large empty field marked off with boundaries can suffice.

How long is a cricket league season?

Cricket is traditionally played in the summer months. This is because-like baseball-games can be "rained out" due to inclement weather. This also means cricket is typically played in warm weather.

These weather restrictions pin the cricket season to certain months based on location. In the northern hemisphere, cricket is usually played from April to September; while in the southern hemisphere, the typical season is from October to February or March. There are some venues in England where cricket is played indoors during the off-season, but this is much less common and organized.

How much does it cost to join a cricket league?

Cricket is a relatively expensive sport to play recreationally. For smaller competitions, admissions for just one season are around $250, while year-round memberships are commonly over a thousand dollars. These fees are team-wide, but there are often more fees required for playing in a club league. Sponsorships are very common, as local or national brands will want to spread their company through communal activities like cricket.

Rates are smaller for youth leagues, but it's worth noting that cricket is not nearly as popular in the United States as it is in other countries. There are less ovals, teams, leagues, and games overall. This makes it more difficult to establish cricket leagues, even though the enthusiasm for cricket is growing everywhere.

What are some top professional cricket leagues?

In nations with a relatively medium to large cricket following, there are usually at least three big professional cricket competitions per year for domestic clubs. This is because there are so many different variations of cricket.

While Twenty20 competitions have captivated the most audiences in recent years, the more traditional formats of cricket also have their place in the public eye, moreso in international competitions.

The ICC stands for the International Cricket Council, which operates the bulk of all international cricket competitions. It also controls international member associations, such as USA Cricket.