How Much Does A Cricket Player Make? 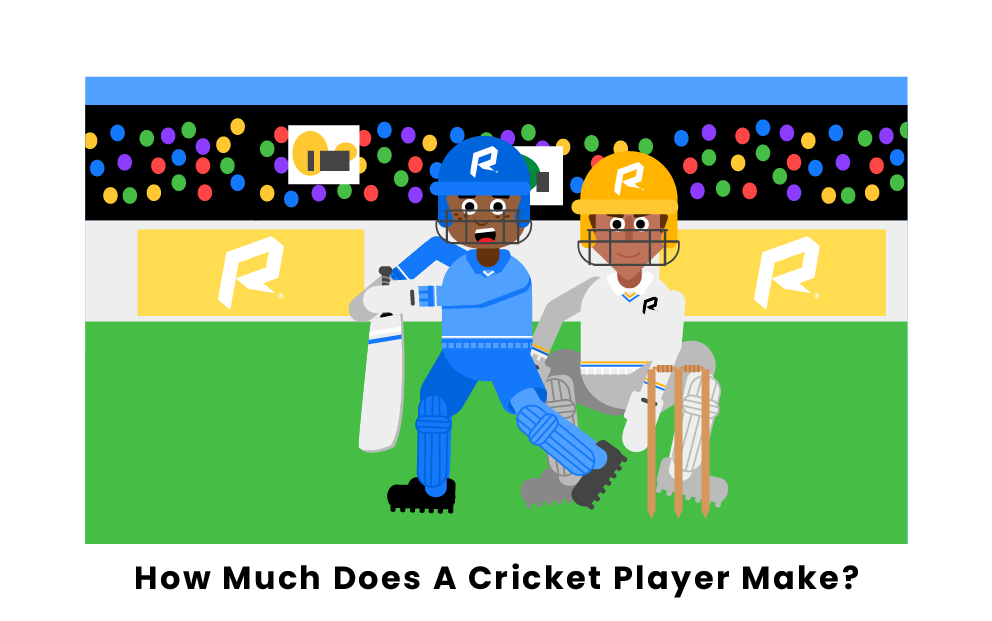 One of the longest formats of sport in the world, cricket matches are often intense, multi-day battles between teams filled with plenty of action. There are many different positions someone can play in cricket, and each player has their role on the team. In many countries, cricket is extremely popular and played professionally at a very high level. Some cricketers do not make much money, but the sport’s top professionals can earn a sizable salary. Keep reading below to learn more about how much a cricket player makes.

How Much Does A Cricket Player Make?

The salary range for a cricket player is vast. At the lower end, those playing in smaller leagues or players who are just starting out can earn as little as $15,000 per year. Of course, this number is not very high, and players who make this little almost always have a second job to support their playing careers. However, this salary only represents the lowest end of the sport, and the pay does increase at higher levels. In England, the average pay for a cricketer is around $60,000 per year, and in India, where the sport is tremendously popular, that number jumps over $100,000. However, there are some countries where pay is not as spectacular, such as Bangladesh, where top cricketers struggle to earn $5,000 per month.

While the average salary for most cricket players is not a fortune, some can take home a lot of pay for their efforts. Elite-level players in India can earn close to $1 million per year; in England the best of the sport earn about $750,000. The pay level in Australia is even better for cricket athletes, where the minimum salary for national team members is $213,000. At the top of the charts, the best Australian players are paid over $1 million each year. For these athletes, cricket is their only job, and in addition to their high salary, they are usually compensated in other ways. Top players do not have to pay for travel or hotels, and some members of the sport will sign endorsement deals that pay them extra.

Salary Compared to Other Sports

While some cricketers earn handsome paychecks, the pay level in cricket is still far below most of the major sports. In leagues like Major League Baseball and the National Basketball Association, top performers can earn $40 million per year. However, in professional cricket, even the best players earn around $2 million per season, a mark that is much lower than in some of the world’s biggest sports. In addition, while salaries are lower for cricket players, there is less money available from endorsements and advertising deals. Cricket is widely popular in many countries, but it still has fewer fans than sports such as football and soccer. As a result, companies are not willing to pay as much to athletes for representation or commercials because the reach of a cricket player is not as wide as many other professional athletes.

Who is the highest-paid cricket player?

In 2021, the highest-paid cricket player was Virat Kohli, with a salary of $2.4 million. This figure includes his paycheck from playing and money from endorsement deals, which Kohli has plenty of as India’s top cricket player. He has scored over 20,000 runs in his career and was formerly the captain of India’s National Cricket Team. Kohli has been successful across all formats of cricket and is one of the sport’s most popular players.

How much do cricket players make per month?

How much does a Test cricket player earn?

Test cricket is regarded as the highest form of the sport, with matches lasting multiple days. Players who compete at this level are given an appearance fee per match, and the compensation is relatively healthy. A test cricket player earns about $18,000 per match, much higher pay than other forms of cricket. In ODI, the second-most competitive form of cricket, players only earn about $7,500 per match.

Pages Related to How Much Does A Cricket Player Make?