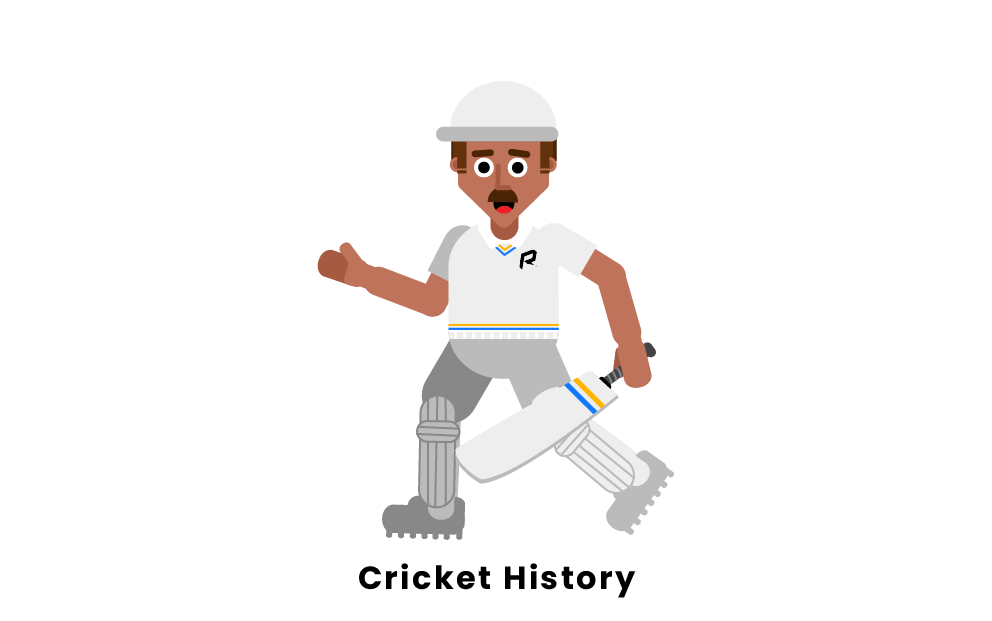 What are the basic rules of cricket?

A cricket match consists of two teams playing against one another over the course of 2 innings. Each side consists of 11 players per side. Both teams field and bat twice over the course of a match and have several different positions that are responsible for fielding, batting, bowling, and wicket keeping. There are two forms of the game commonly played. The first form is Test Cricket, which has been around for centuries and is only played between countries. In a Test Match, there is no time limit for the innings, so matches tend to go on for several days. With this format, you must get every batter out on the other team twice and score more runs than them in order to win the match. The other version played in leagues around the world is a more modern and popular version called Twenty20 cricket. In this format, there are time limits on innings. If a team hasn't gotten all of the other team's batters out, but time is up for the inning, they just move on and play the next inning, and the team with the most runs at the conclusion of the two innings is the winner.

There is no clear consensus on which country founded cricket, but England is generally considered to be the birthplace. There are various records and court cases that prove England was playing cricket before the sport made its way to other countries in the 17th century. While some believe France (Flanders at the time) could possibly have been the first place cricket was played, it is widely accepted that England is the founding country of cricket.

Similar to the founding country, there is also no general consensus on an inventor of the game. Various historians have offered different opinions regarding the actual inventor. Some believe the game was created by shepherds in England to pass the time as they guarded their sheep. Others believe children created the game during the Saxon or Norman times. The first-ever reference to the game of cricket that we are aware of, however, was actually found in a 1598 court case regarding a disagreement over the ownership of a plot of land. John Derrick argued in court that he and his friends had been playing what they referred to at the time as "creckett" over a half a century ago on that piece of land.

When was Cricket Established?

The first-ever recording of official rules written out that we know of came from 1728. That year the Articles of Agreement were written by The Duke of Richmond and Alan Brodick and consisted of some basic rules for the game as well as gambling rules for the games that occurred during that time. Cricket, however, was officially established as an international sport formally in 1909 when the International Cricket Board (ICB) was founded at the Imperial Cricket Conference at Lord's Cricket Ground in England. The board was created to regulate matches between the three countries playing the sport at the time: England, Australia, and South Africa. The International Cricket Board still operates today under the name of the International Cricket Council and now includes 12 countries, which are referred to as Test Nations in cricket terminology.

When did Cricket Become Popular?

Cricket saw a seismic shift in popularity after the invention of Twenty20 Cricket in 2003. The new form of the game was a much shorter three-hour version compared to Test Cricket matches which last around five days. Fans immediately became attracted to the shorter version, especially the younger generation. Due to the time limits per inning, players were changing the way they played to a more fast-paced and flashy style. The sport was seeing a lot more Six's, which is the equivalent of a home run in baseball, attracting more and more fans who previously considered the game to be boring and too lengthy.

Most Popular Countries that play cricket

Cricket is commonly played in India, England, and Australia. Each country has an international team that competes in Test Matches as well as a separate Twenty20 league. The Indian Premier League (IPL) has been extremely popular and is considered the best league in the world by many, followed by the Australian Big Bash League and the England NatWest T20 Blast League. The three countries have devoted fan bases that regularly attend matches selling out the majority of them.

Australia, South Africa, and England were the first nations to play the sport and compete against one another. Over the years, they developed intense rivalries with one another, especially England and South Africa. In 1882 South Africa dominated England in a match, and the next day an English Newspaper, The Sporting Times, published a fake obituary stating that English cricket had perished and that "the body will be cremated and the ashes will be taken to Australia." Ever since that day, the competition played once every two years between England and South Africa has been called The Ashes. The winner is awarded a tiny urn that has been used for centuries now. The small urn believes it or not is considered to be one of the most coveted trophies in all of cricket.

Pages Related to History Of Cricket