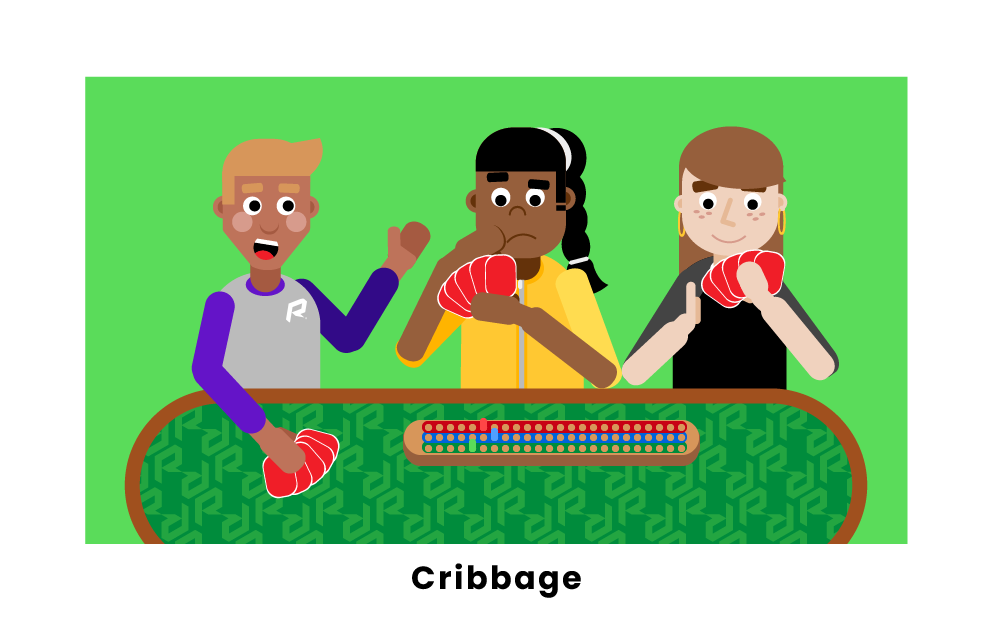 Cribbage is a card game for two to four players that dates back to the seventeenth century. The objective is to be the first player to score 121 points. Below we detail the rules of the game, history, and strategy, so be sure to keep reading to get a full grasp of cribbage.

Cribbage was created in the 1600s by a man named Sir John Suckling. Suckling was a notorious cheater and gambler, and would send marked decks of cards out to influential people across Britain as “gifts”, along with his rules of cribbage. When Suckling would then play these people, the players would use the trick decks Suckling had gifted to them, enabling Suckling to count cards and win vast sums of money.

Despite his innoble intentions, Sir John’s game of cribbage was a hit, and spread across Britain, Europe, and North America, becoming one of the world’s most popular card games for a time. 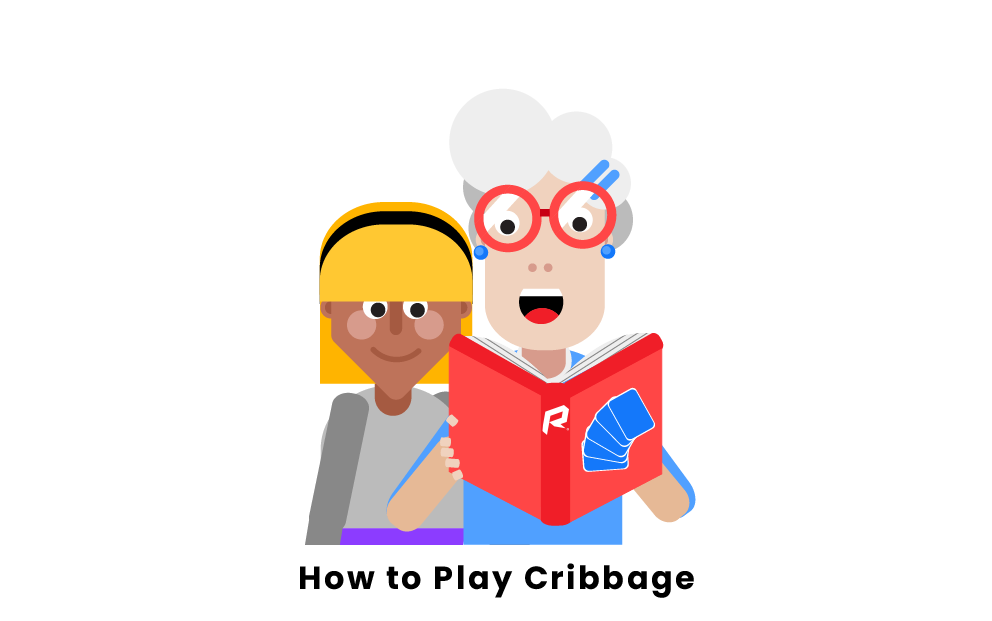 Each player is dealt six cards, and lays two of them “face down” in the “crib”, leaving each player with a hand of four cards. The dealer then cuts the deck and flips the top card face up (called the “starter”), which is used after play ends.

What follows is called “pegging play”. Players take turns playing cards face-up from their hand, keeping a running count of the total value of their cards. If player one plays an eight, they call “eight”, and then if player two plays a three, they call “11”. If a player cannot play from their hand without a total count exceeding 31, they call “go,” and the other player gets one last chance to play cards. The players then count their hands, the dealer gets to count the crib, and then both players are dealt new hands and play resumes with the count back at zero. 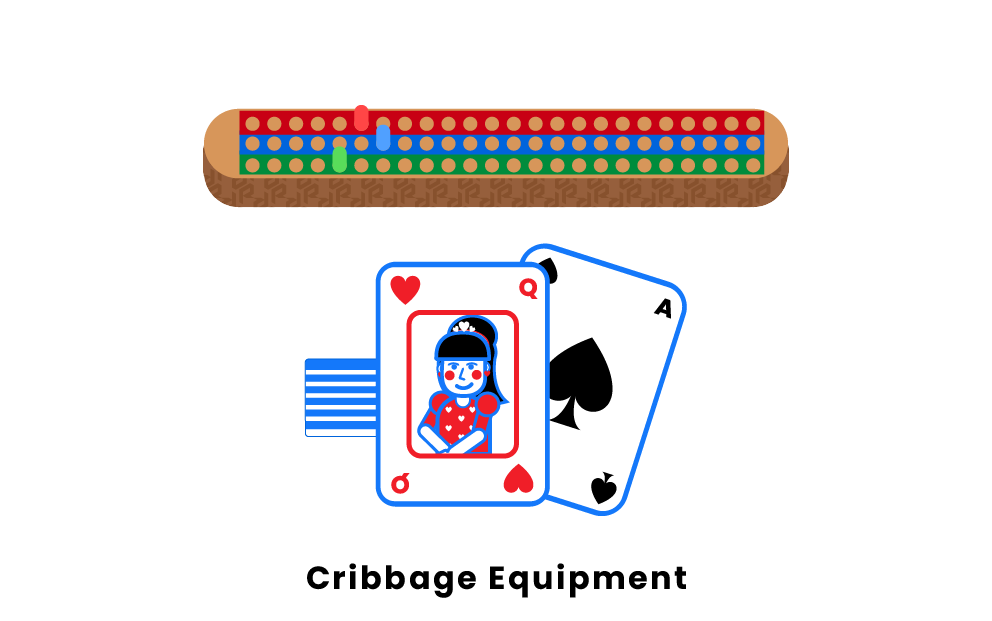 Besides a cribbage board, the only other equipment you’ll need is a deck of cards!

Here is the essential cribbage equipment you should have: 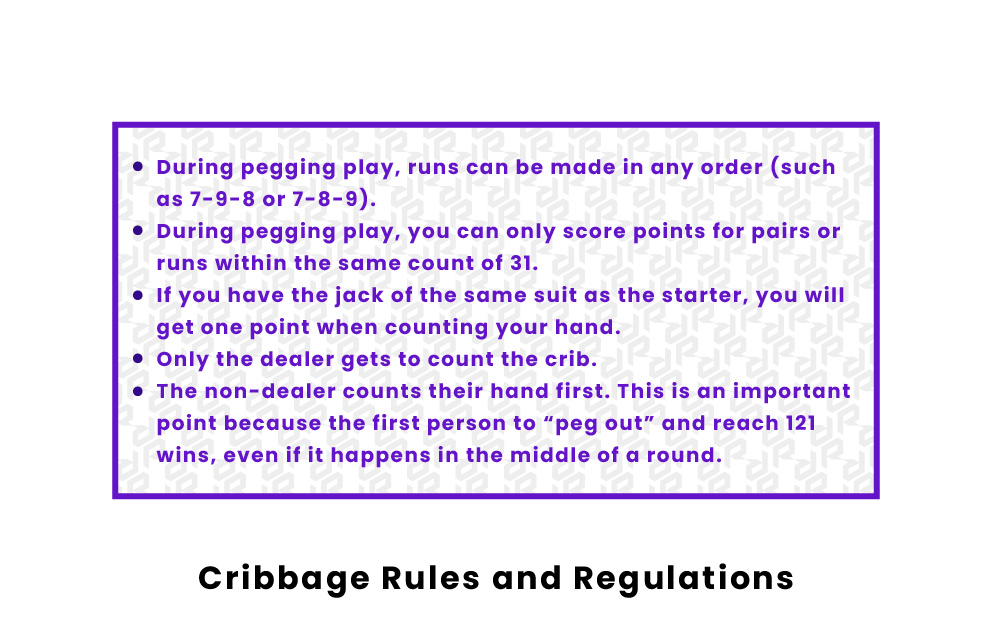 Cribbage has a lot of tricky rules that can be hard to keep track of. Here are some of the more important things to keep in mind: 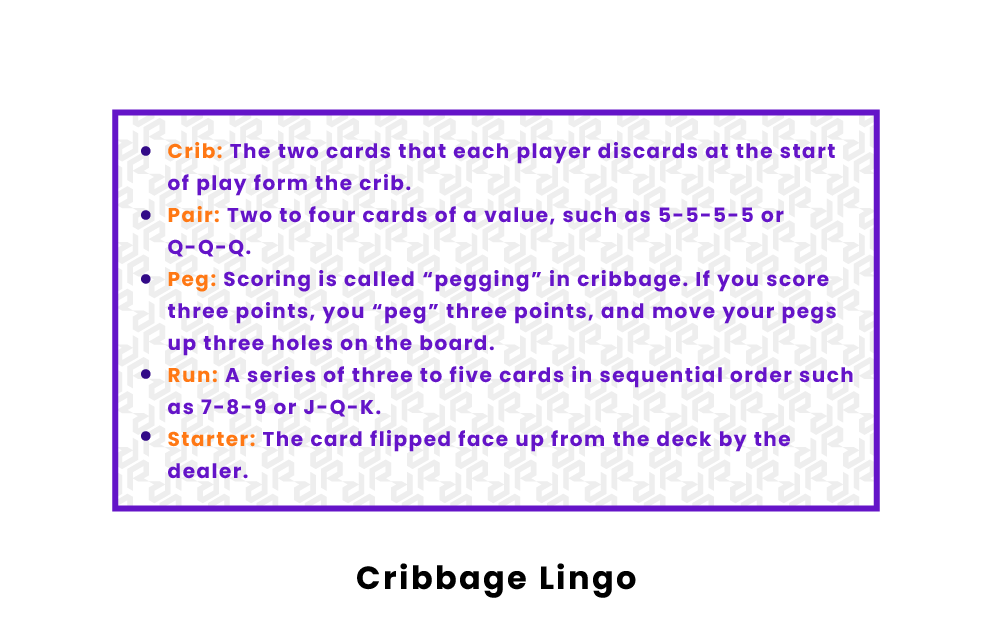 Here is the common lingo and slang in cribbage:

There are three times during which you can score points throughout the game.

You can also score points when you count your hand by forming combinations of cards:

Finally, the dealer gets to count the crib - the two cards both players discarded at the start of play. The crib is like another hand, and is counted in the same manner as hand points.

How do you determine who deals first?

Before the deal, each player cuts the deck roughly in half. The player who cut to the card with the lower value deals first. For example, if you cut to the three of diamonds, and your opponent cut to the nine of spades, you get to deal first!

How many points do face cards count for?

Where can I play cribbage?

The American Cribbage Congress organizes many tournaments year-round. Be sure to check out their website to find a tournament near you!

You can also play cribbage online on a number of different sites. And, of course, you can play with friends any time of day!

Can I play with more than two players?

Though usually played between two people, cribbage can be played with three or four as well. With three players, each person is dealt only five cards to start, and places only one card into the crib. Otherwise, play is exactly the same! You can also play with four players by making two teams of two players, who have a shared hand of six cards like normal two-player cribbage and make decisions together!

Pages Related to What is Cribbage?