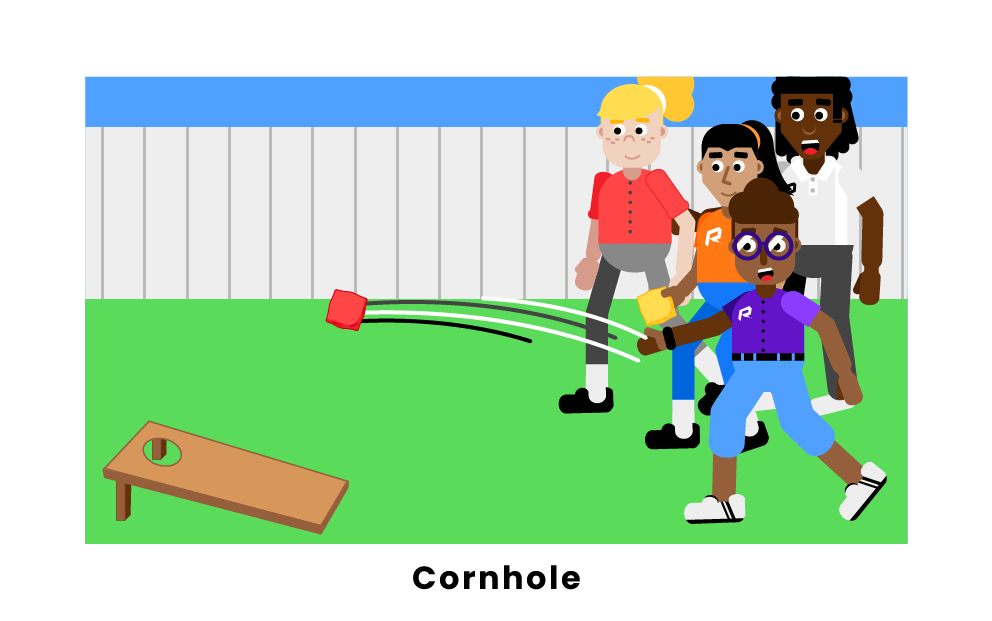 Cornhole is an exciting, 2-4 player game that can be played inside or outside! Players or teams compete against each other to toss as many small bags into the hole in the opposing players’ cornhole board. The game is especially popular at barbecues and tailgates; learn more about the game here so you can join in on the fun!

Cornhole is either played with two or four players in singles or doubles matches. The objective of the game is to score more points than the other player or team by sinking more of your bags into the hole in the cornhole board than they do.

When there are only two players competing, they will each stand alone at their respective cornhole board. At the top of the round, or inning, they will toss all four of the bags in their hands onto the other player’s board, trying to get each bag into the small hole. The bags are small, 16-ounce bags filled with beans or feed corn. Once they have tossed all four of their bags, the other player will do the same. They keep a tally of who scored more points each round. Once a player reaches 21 points, they have won the match.

Doubles cornhole is almost exactly the same as singles, but each team has two players instead of one. One player on each team will stand at each cornhole board, meaning they will be standing next to one of their opponents while they toss. The players standing at one of the cornhole boards will go first, alternating tossing their four bags onto the board. More strategy is involved in doubles since there are more bags to account for and players can knock their opponents’ bags off of the board to take points away from them. Once all eight bags have been tossed, the scores are tallied and the other players begin to toss. The first team to 21 points wins. 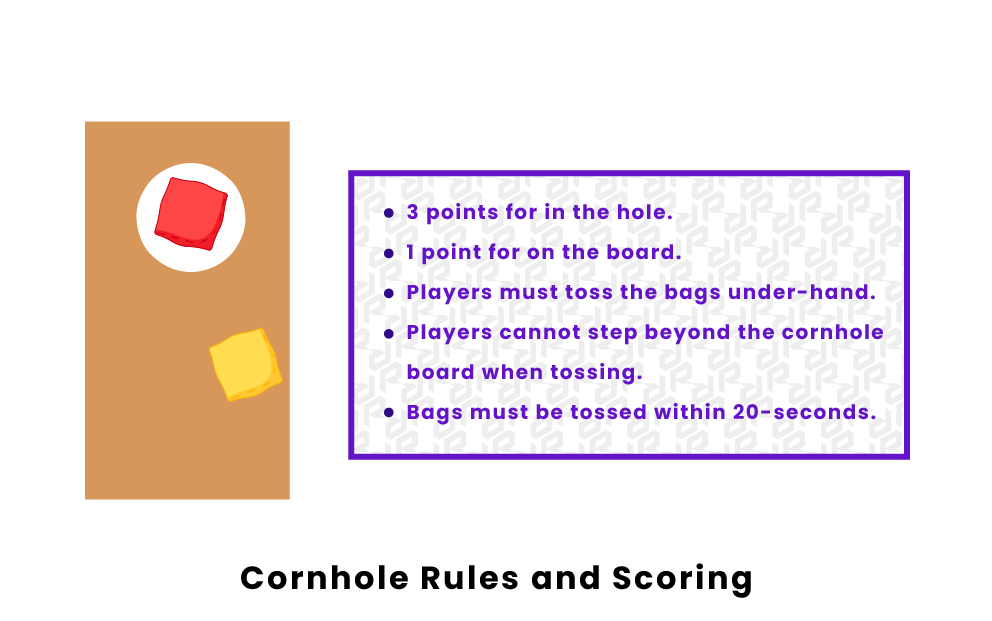 For most recreational players, there are not many rules that are closely followed since most players are just trying to have fun. However, if you want to play the game more seriously, follow some of these rules:

The rules for scoring in cornhole are simple. Any bag that goes within the hole is worth 3 points, any bag that stays on the board by the end of the round is worth 1 point, and any bag that misses the board completely or is knocked off is worth 0 points. If a bag lands on the board and is later knocked in, it counts for 3 points. The first player or team to reach 21 points wins! 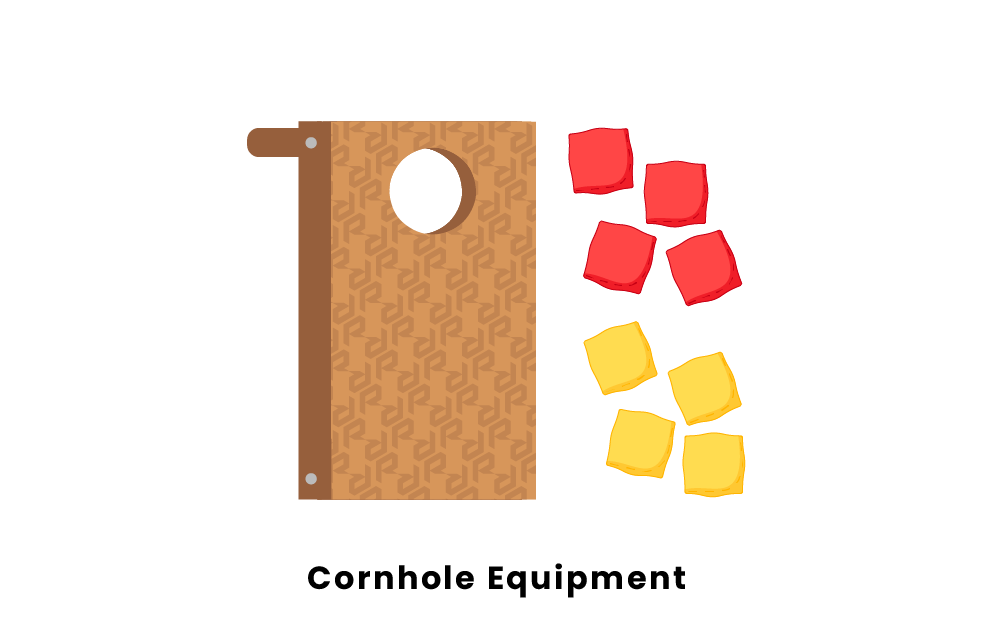 The equipment necessary for cornhole is simple. All you need is eight, 14-16 ounce bags to be tossed and two cornhole boards. Four of the bags should be one color and the other four should be another color so players can know who tossed which bags. The cornhole boards are traditionally wooden and about 2 feet wide by 4 feet long. The boards are placed 12-15 feet apart for younger players, or 27 feet apart for adults.

How far apart are the cornhole boards?

The boards in cornhole are 12-15 feet apart for younger players and 27 feet apart for adults. While this does not need to be strictly followed for recreational players, they are the official distances set by the American Cornhole Association. If you’re playing with your family and friends, set the boards a comfortable distance apart so that everyone can enjoy playing!

Can you score more than 21 points in cornhole?

In most games, you can score more than 21 points and still win a cornhole match. However, some people play the game to exactly 21 and if you go higher, your score is knocked back down to 13. Before you start your game, make sure you discuss the scoring rules.

Where can I buy cornhole?

Cornhole is a very popular lawn game and there are plenty of stores that sell customizable or traditional cornhole sets.

Yes, there are a few leagues in which players compete in cornhole professionally. The American Cornhole League is the most popular, and you can often see players competing on channels like ESPN. Professional cornhole players will often practice around 20 hours a week to perfect their throw and aim!

Pages Related to What is Cornhole?