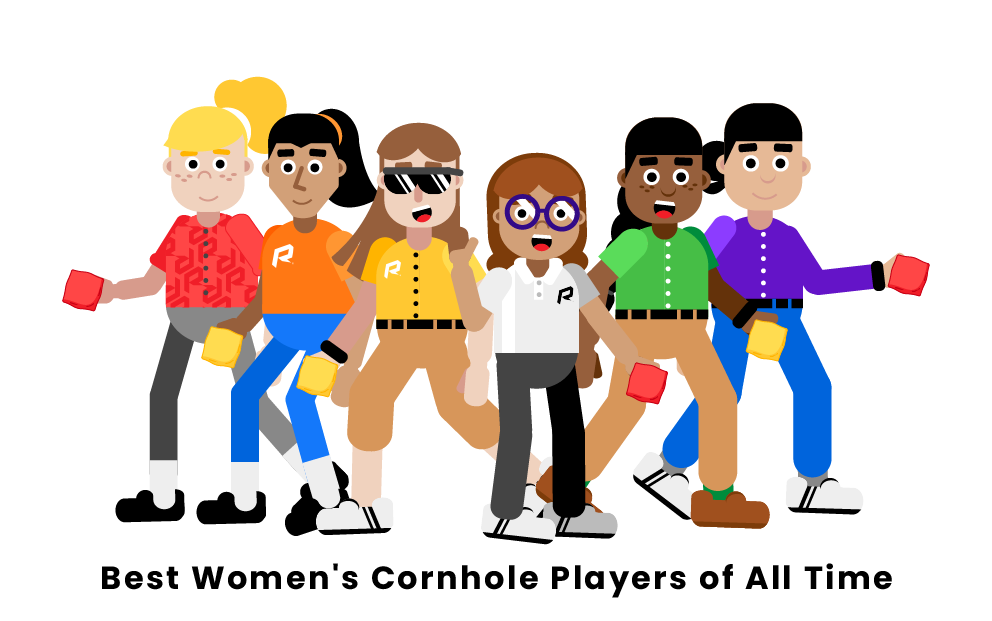 Cornhole is a sport that requires a lot of skill, precision, technique, and mental focus to succeed. The sport receives very little public attention, meaning the best in the world compete for the love of the game. While many people may be familiar with the game from local neighborhood parties, the six women listed below are the best cornhole players of all time.

Who are the best Women’s cornhole players?

The most dominant women’s player in the sport of cornhole is Cheyenne Renner, as her consistently outstanding performances on the sport’s highest stage continue to demonstrate. Renner is from DeLand, Florida, and makes a concentrated effort to keep her life out of the eye of the public media, which gives some insight into her approach to the game. Out of all current ACL pros, men or women, she was ranked 27th in the 2022 season, making her the highest-ranked female in just her second year as an ACL official pro. Renner has won the 2021 Women’s Singles Championship and the 2020 Women’s Doubles Championship, as well as being selected as the 2021 ACL Woman of the Year.

Sarah Cassidy is closely chasing Renner as the second-best women’s cornhole player. Cassidy is a young pro that is new to the tour, but she’s off to an impressive start. Her ranking of 61st in the 2022 ACL season among both men and women made her the second-highest ranked woman in cornhole. In her short career, the Spring Hill, Florida native has already won the 2020 Women’s Singles Championship and the 2020 Women’s Doubles Championship, where she competed with Cheyenne Renner as her teammate. Cassidy has already experienced a lot of success early in her career, and she should only experience more as she continues to play.

Samantha Finley is another great player who absolutely dominated the tour for a brief period of time. Finley got her start in her very own backyard, which led her to play in local tournaments, which eventually led her to become an ACL pro after nearly a decade of playing cornhole. During her time as an amateur, she experienced a lot of success, winning the Florida Women’s State Championship four times and the Southeast Women’s Conference Championship another two times. She has managed to perform at the same high level as a pro, winning the 2019 Women’s Doubles Championship, the 2020 Co-Ed Championship, and a 2021 Women’s Doubles Championship, in addition to an innumerable number of top-5 and top-10 finishes in her career.

Like many other cornhole players, Megan Maupin was introduced to the sport in a casual way, in the comfort of her own backyard. Maupin began frequently playing with her father, who built the boards they played on, and gave Megan her first set of boards. After Maupin spent a few years practicing on her own, she began to enter the real tournaments where she would start making a name for herself. She would then get connected to the American Cornhole Organization (ACO), where she would find a lot of her career’s early success. Later on, she would move to the ACL, a league that, like Maupin, is very much on the rise.

Kamryn Belvin made a professional career out of a sport that she began to play as a hobby with her friends and boyfriend. She’s currently a member of the Atlantic Conference of the American Cornhole League, a very big difference from the backyards she began playing in. Since becoming an ACL pro, Belvin has collected a few major titles, including a Women’s Singles World Championship and a Women’s Doubles World Championship, and consistently places within the Top-10 for the ACL women’s rankings. Additionally, Belvin made history as the first woman to ever win the advanced singles at the National Tournament in Florida.

Kaylee Hunter got her start at cornhole by observing her boyfriend and fellow ACL pro, Jamie Graham. Hunter grew up with an intense softball background, which gave her a natural feel for the throwing motions used in cornhole. At just her first professional competition, Hunter placed 3rd behind two of the sport’s best, Samantha Finley and Courtney Coy. Since then, she has placed in the top five at the Women’s Singles Championship while also placing top-10 for the Co-Ed Doubles Championships alongside Graham. Given her lack of experience and initial success, Kaylee Hunter should see more wins pile up throughout her career.

Maggie Geiger is an American cornhole player from Dorchester, Wisconsin. Not only has she been at the top of the ACO Women’s Rankings for the past two seasons, but she has also won multiple single’s tournaments in which she was the only female competitor. Geiger competes alongside her father, Wayne, in ACO Coed Doubles competitions. She was named ACO Women’s Player of the Year in Season 16 and had six major wins in Season 17.

Tammy Williams won seven majors in the most recent ACO season, all in coed doubles competition alongside her husband and longtime doubles partner, Kaleb Hurt. For three consecutive seasons, Williams and Hurt were named ACO Coed Team of the Season. The pair has enjoyed a streak of dominance, beginning with the Season 14 ACO Worlds Championship. Fittingly Williams and Hurt both snagged their purple jerseys at the 2021 Charleston Majors.

Who is the best women’s cornhole player in the world?

The best women’s cornhole player in the world is Cheyenne Renner. Renner is an extremely accomplished player on the American Cornhole League (ACL) circuit. She has won three ACL World Championships and was named the ACL Women’s Player of the Year in 2021.