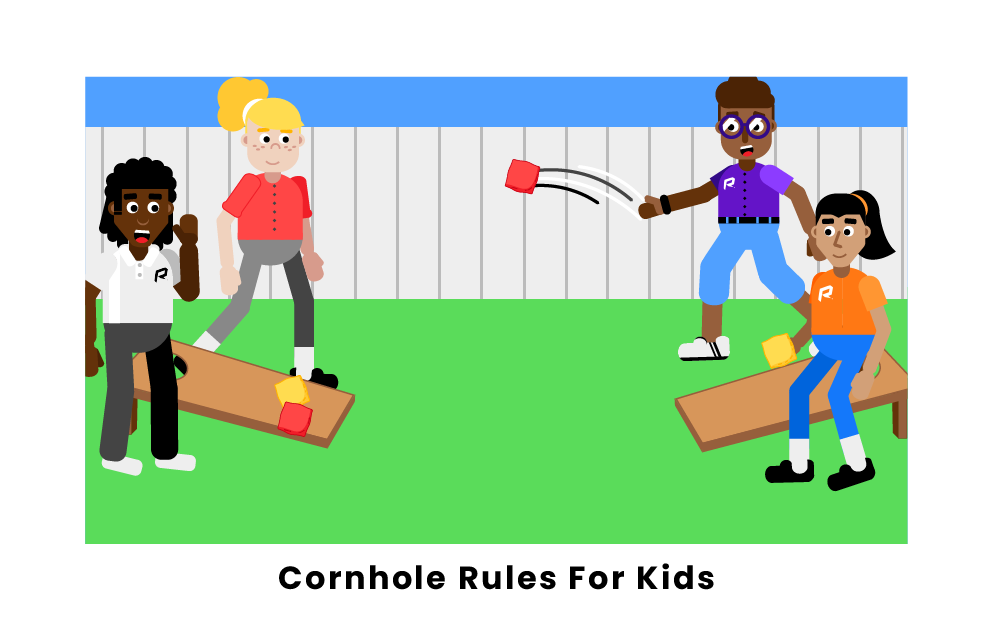 A cornhole game can be played with two or four players.

A game is played with two cornhole boards and eight total bags.

A cornhole board is a slanted wooden rectangle with a circular hole towards the top.

A cornhole bag is a small bean bag in the shape of a square.

The boards should be around 27 feet apart from each other.

If a game is between two players, then both players will line up on the same side and toss their bags towards the opposite board.

If a game is between two teams, then team members will face each other from opposite boards.

Two players on opposing teams will take turns tossing four bags each underhand at the other board.

The score is tallied once all eight bags have been tossed.

For example, if Team A has three bags on the board and Team B has two bags, then Team A gets one point for that round.

Once all eight bags are tossed, it is time for the other two players on the opposite side to toss the bags.

This rotation will continue until a team reaches 21 points.

The first team to 21 points wins.