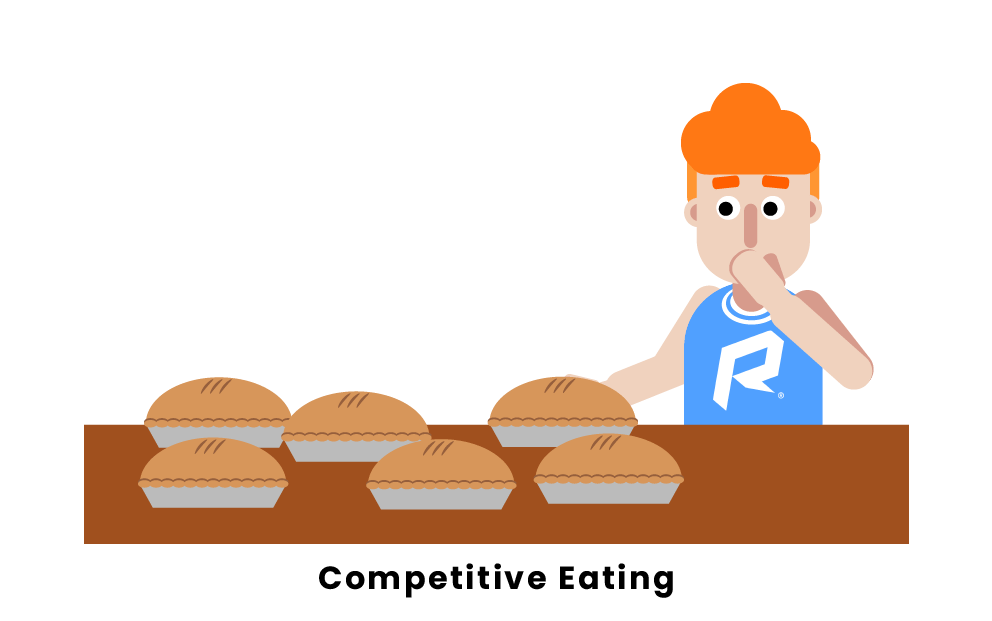 What is Competitive Eating?

The International Federation of Competitive Eating believes that eating contests date back to thousands of years ago. This federation makes the rules, connects international competitors and runs competitive eating contests worldwide. One of its major competitions is on the Fourth of July every year on Coney Island, in New York. Its hot dog eating contest has brought competitors from across the globe to eat as many hot dogs as possible. Takeru Kobayashi holds the current record with 53 and hot dogs in 12 minutes.

In competitive eating contests, several competitors will be provided plates of food weighing the same amount, or in the case of pizza, containing the same amount of pieces. Competitors will have a limited amount of time to eat as much food as they can. When time runs out, whatever food is in their mouth counts as eaten as long as it gets swallowed eventually. Whoever eats the most amount of food is crowned the winner.

Competitors use several tactics to eat the most food. Some will water dunk, dipping the food in a cup of water to make it easier to swallow. Others will water train, where they drink enormous amounts of water before a competition to expand their stomach for the food they are going to eat. Water training has proven to be dangerous, so competitors have to be very careful in their training. Another tactic that has worked for many is the Solomon Technique, where competitors will break food into pieces and eat the pieces all at once, instead of eating everything in one piece.

Competitive eating has turned into a money-making franchise with companies sponsoring certain eaters. Prizes for winning competitions have gotten more substantial as well, with the first prize for the 2019 Coney Island contest at $20,000.