What is Deep-Water Soloing? 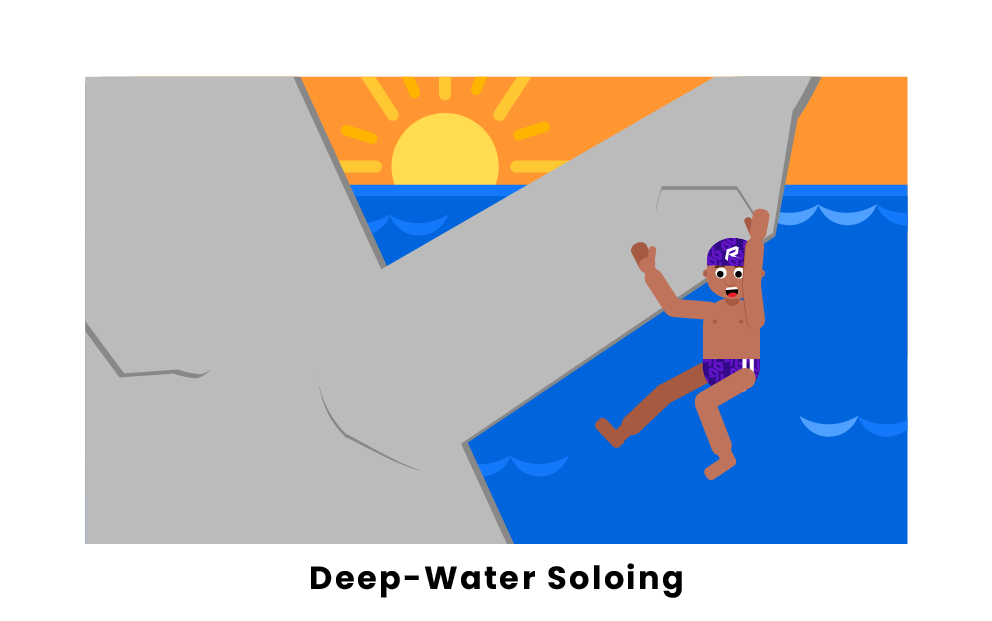 Deep-water soloing is an adventurous hybrid of bouldering and free soloing that attracts rock climbers to scenic aquatic locations around the world. The sport was invented by a Spanish teenager named Miquel Riera in the late 1970s. An avid boulderer, he and his friends grew tired of the overcrowding at popular bouldering locations in Mallorca. So they began climbing on the nearby cliffs instead, using the sea below as a cushion for their falls. Miquel called the activity psicobloc, Spanish for “crazy bouldering,” a name it retains to this day. Deep-water soloing grew significantly in popularity in the early 2000s, with the release of films featuring Chris Sharma, a climbing prodigy at the time, participating in the sport. Deep-water soloing is now a global sport, with regular competitions held in Marseille, France, and both Utah and North Carolina, USA. Mallorca remains a premier location for deep-water soloing, but other popular destinations include Ka’anapali, Maui; Turkey; Malta; Tonsai Beach, Thailand; Dorset, UK, and Hawaii, Utah, Texas, West Virginia, and Illinois in the USA.

What is deep-water soloing?

Deep-water soloing is a discipline of rock climbing in which climbers ascend a rock face that overhangs a body of water, reaching heights of over 100 feet (30 meters). Unlike other varieties of solo climbing that provide no protection against injury from falls, deep-water soloing uses water as a cushion for protection. Traditionally deep-water soloists climb on cliffs overhanging the ocean, often reaching them by boat, but lakes, rivers, reservoirs, and swimming pools may also be used.

What is the largest deep-water soloing event in the world?

What equipment do I need to go deep-water soloing safely?

Very little equipment is needed to go deep-water soloing safely. Some deep-water solo climbers prefer to climb barefoot, but climbing shoes are useful in applying downward force to the rock and providing security against slipping off. Be sure to get a pair of climbing shoes made out of entirely synthetic materials, as they will get wet in the water and you will need to wash them afterward. Liquid chalk is also helpful, as it provides extra finger grip on the rock and is easy to use in wet conditions.

Pages Related to What is Deep-Water Soloing?