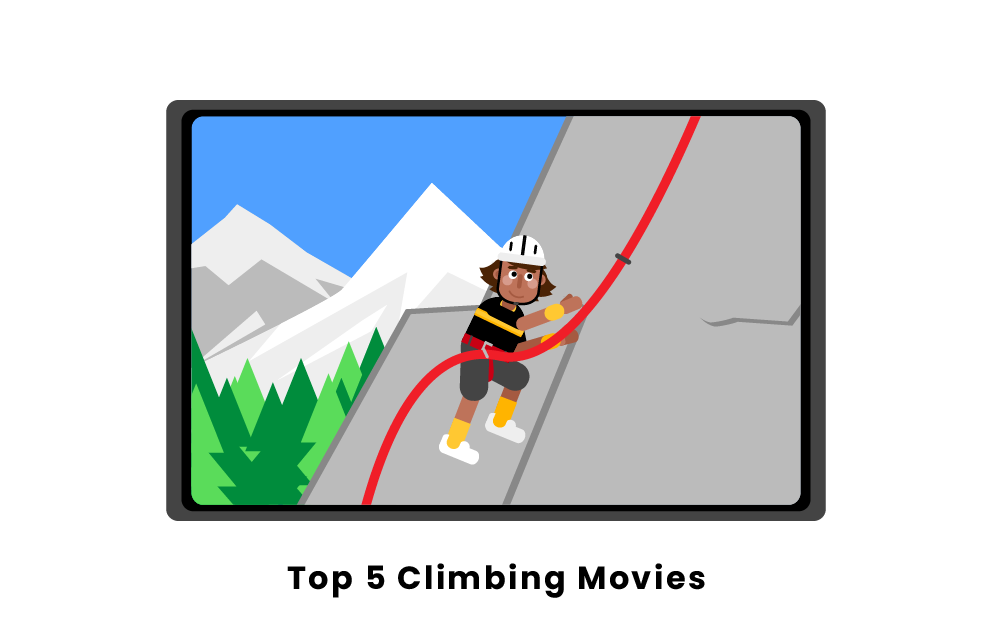 What are the most popular climbing movies?

Free Solo is a climbing film following the life of Alex Honnold and his goal to free solo 'Free Rider,' a route that ascends 3,300 feet up the famous granite wall called El Capitan in Yosemite, California. The film was wonderfully directed and filmed by Elizabeth Chai Vasarhelyi and adventure photographer and videographer Jimmy Chin and released soon after he completed the climb. This film deserves the top spot not only because it won an academy award for best documentary feature, but what it means for the climbing community. Alex Honnold is pushing the boundaries of the sport in the realms of free solo.

For those not familiar with free solo climbing, it is a style of climbing where you use your hands and feet to ascend a wall without using protection or ropes of any kind. This is the most dangerous way of climbing and less than 1% of climbers ever attempt it. Not only does it follow his climbing, but dives into his personal life for an inside look at what Alex Honnold is all about. This movie is a piece of history in the climbing community and one of the most entertaining films for those with an adventurous spirit and nerves of steel.

Dawn Wall follows the life of Tommy Caldwell and Kevin Jorgeson and their attempt to climb the most difficult route on El Capitan. Concepted by Tommy Caldwell, this route is the culmination of years of work and decades of training. This film was directed by Josh Lowell and Peter Mortimer. Tommy's story is filled with treachery and he has had to overcome many obstacles in his life. Tommy and Kevin worked for six years to develop this one route up the dawn wall before they attempted it. This film is beautifully made and perfectly follows their lives and struggles to attempt what they believe to be an impossible climb.

Meru is an award winning film which follows the lives of three climbers and mountaineers Conrad Anker, Renan Ozturk, and Jimmy Chin in their attempt to climb the 'Sharks Fin' on the mountain named Meru. This climb has been Conrad's dream his entire life and even his mentor Mugs had attempted to climb this peak but failed. Conrad Anker is the expedition leader and by far one of the best alpinists and mountaineers to ever live. His reputation is perfect and this climb is the culmination of his decades of training and dedication.

Released in 2015, it shows the dangers of this level of climbing and the difficulty and severity of making mistakes. This film shows what happens when you push yourself too far, whether that results in a reward or a life threatening mistake. This film was beautifully shot by Jimmy Chin, one of the directors and filmmakers for Free Solo. This was also shot by him while he was climbing the peak, which deserves so much praise.

While not a full length feature, Break on Through deserves a spot on this list mainly because of what it means for the history of sport climbing and specifically sport climbing for women. The grade 5.15 has only been climbed by a handful of extremely talented climbers. This film follows the life and training of Margo Hayes as she trains for the hardest climb of her life. After climbing her first 5.15a called 'La Rambla' (Spain), she didn't stop there. She wanted to achieve not only the first female ascent of La Rambla, but also set her sights on the famous Chris Sharma route 'Realization/Biographie' (5.15a). This film is an incredible journey of her process to show what female athletes can do in the world of climbing.

This short 26 minute film additionally is a part of a larger film called Reel Rock which is the cornerstone of climbing culture. Reel Rock produces feature length films broken into sections and is strongly recommended for anyone who loves climbing or just wants to get psyched.

Another film produced by the Reel Rock team is Valley Uprising. This documentary goes into the history behind climbing in Yosemite Valley, considered the birthplace of modern rock climbing in the United States. The film follows pioneers of climbing such as Warren Harding and Royal Robbins to the current day heroes such as Alex Honnold and the late great Dean Potter. Not only does the film follow the culture around climbing, but looks into the culture of the climbers who made this valley their home and the relationships between them, park patrons, law enforcement, and each other.

This film includes big names such as Lynn Hill (First free ascent of the 'Nose" on El Capitan) and Yvon Chouinard (one of the first pioneers of climbing in the United States and the founder of the Patagonia clothing company). This film is an amazing introduction to the history of rock climbing in the United States and is a must watch for anyone who wants to get into rock climbing.