About The Sport of Ice Climbing 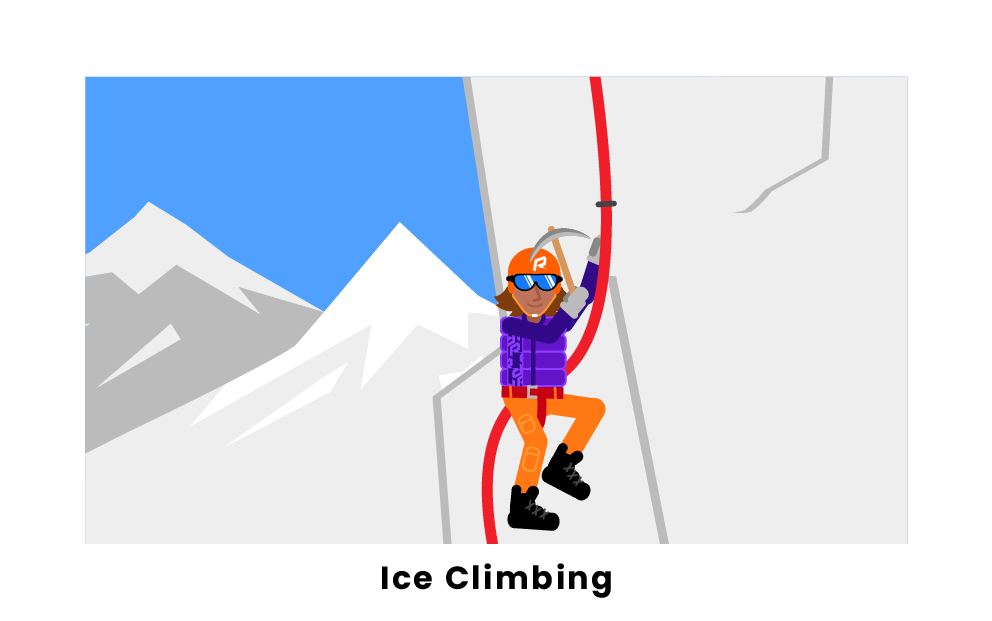 Ice climbing is one of the most dangerous and extreme forms of climbing. Using tools like ice axes and boot-mounted spikes called crampons, ice climbers climb up frozen waterfalls and other natural ice formations. Ice climbing is done in pairs or larger parties, with at least a belay partner needed to provide roped protection from falls.

An important development in the history of ice climbing is the invention of the crampon by mountaineer Oscar Eckenstein in 1909 and its refinement by blacksmith Laurent Grivel in 1929. Yvon Chouinard invented the ice axe in the 1960s and is widely credited with founding the sport, along with business and climbing partner Tom Frost. Today ice climbing takes place anywhere the winter is cold enough, notably at man-made ice parks, like the one in Ouray, Colorado, USA. Ice climbing is rated on the WI (water ice) scale for waterfalls and icefalls, and on the AI (alpine ice) scale for more permanent ice features.

What is ice climbing?

Ice climbing is a sport in which athletes ascend vertical or inclined ice formations with the aid of specialized equipment like crampons and ice axes. The ice formations can take the form of frozen waterfalls, icefalls, glaciers, or rocks and cliffs that are covered with ice. Ice climbers use ropes and a belay system to prevent falls, much like rock climbing. However, in ice climbing, unique anchor devices are used, such as ice screws, V-threads, and ice bollards.

What are the best places to go ice climbing?

The best places to go ice climbing are those that provide easy access to fresh ice. They allow climbers to get in a day of exciting climbing and still enjoy a hot meal and comfortable lodging at night. Ouray Ice Park in Colorado, USA is a beloved ice climbing destination; Matanuska Glacier in Alaska and Helmcken Falls in Canada are other great options in North America. Other excellent ice climbing destinations around the world include the Ötztal Valley in Austria; Svínafellsjökull Glacier in Iceland; Rjukan, Norway; and Kandersteg, Switzerland.

What equipment do I need to go ice climbing?

A pair of mountaineering boots are essential for ice climbing. Sometimes insulated, they feature a rigid sole and crampon mounting points. You will also need crampons, a set of metal spikes that strap to your boots and allow you to securely kick into the ice. A set of ice axes is also required to aid your ascent up the ice. A harness, ropes, carabiners, belay device, protection anchors, backpack, avalanche beacon, and a climbing helmet complete a basic ice climbing kit.

Pages Related to About The Sport of Ice Climbing