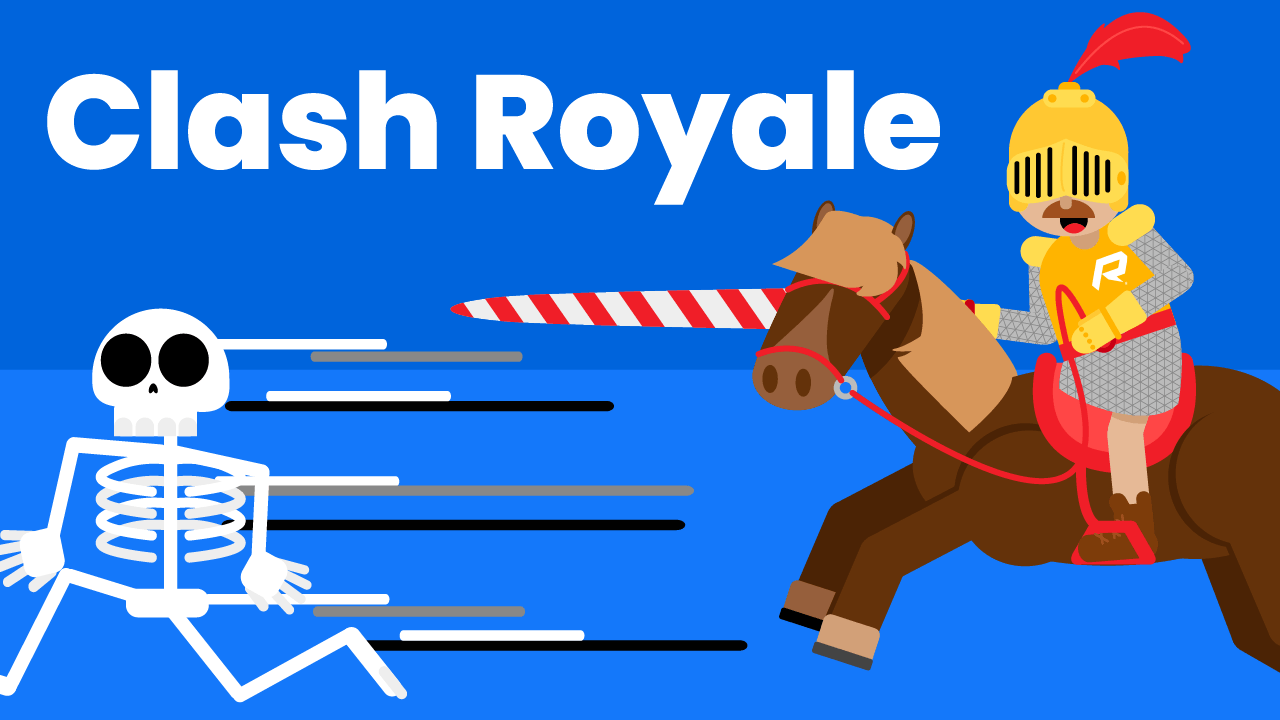 What is Clash Royale?

Clash Royale is an online game and sport made by mobile game company Supercell. The game is very similar to Supercell's most famous game, Clash of Clans.

Clash Royale is played as a 1-on-1 game or a 2-on-2 game. The objective of the game is to destroy the enemy's towers and protect your own. To do this, players use cards, which include troops, building cards, and spells. Troops attack enemy towers and building cards defend them. Spells have many different functions, including attacking towers and providing power-ups to troops.

The first team that destroys their enemy's three castles wins. If nobody destroys all three castles within the three-minute time frame, the team whose towers suffered the most damage will lose.

Players can also join groups called clans, just like in Clash of Clans. Clans can get in wars with other clans, which is a special type of game mode that leads to great rewards for the winners.

As players progress through the game, they earn trophies that quantify their status. Players can also earn new cards that they can use in battles.

Players can create tournaments, which can be public or private. Organizing a tournament costs gems, which is an in-game currency. Players can buy more gems with real money, which is one of the ways Supercell profits off the game. There are also other transactions in the game.

As of 2017, players can complete objectives called quests. These quests have rewards for the player upon completion, adding another way to level up and unlock new items.

Clash Royale is recognized as an e-Sport and had its first-ever World Championship in December of 2018. The championship took place in Tokyo, and the top prize was $1,000,000.