Chess is one of the most popular and oldest board games. With a history reaching back many centuries, its origins remain both obscured and enriched by a multitude of variations, transformations, and the folklore of several different countries. The basics of chess’ origins and its slow rise to international renown are listed below.

The Origins of Chess 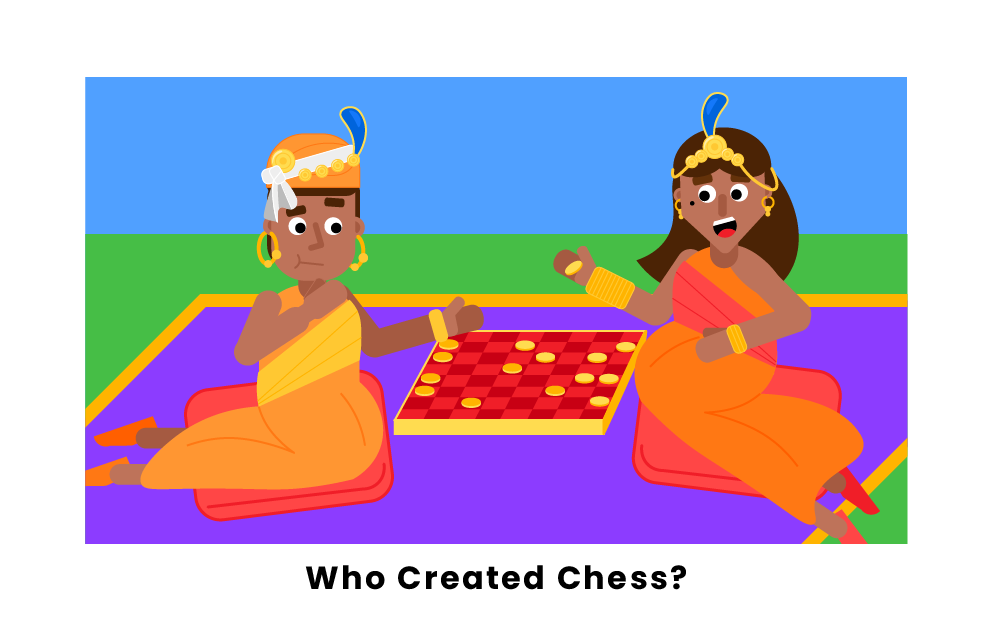 Though the specifics are shrouded in legend, the first game of chess was played in what is now modern-day India. Popular Indian folklore states that the first-ever game was played by King Ravana. He invented chess to amuse his wife, Mandodari, but she easily beat him thanks to her brilliant mind. This instance was first recorded in the epic tale Ramayana, transmitted orally between 750 and 500 BC. In the ancient political treatise Arthashastra, the author Chanakya calls the game chaturanga, a game designed to mimic strategies of war.

By the 7th century, the game had developed in northwestern India into what is now considered the earliest precursor of modern chess because it had the two key features of having different pieces with different powers and a schema where the king piece decided victory. This precursor was again called chaturanga, the Sankrit name for a battle formation made famous in the Indian epic Mahabharata.

Though it transformed and shifted into several forms, such as the Chinese pinyin, some form of this original chaturanga slowly traversed over the centuries along the trade routes of the Byzantine Empire, the Arabian empire, Persia, and ultimately landed in Europe to become his modern form. During this slow traverse, the oldest recorded game (outside of a folkloric context) was found in a 10th-century manuscript where a favored Baghdad historian played against one of his own pupils.

Fifty years before the first official World Championship, chess received its first major international event in late 19th century London. Between the months of June and October of 1834, Louis-Charles de la Bourdonnais of Paris and London-native Alexander McDonnell played a series of six matches at the Westminster Chess Club. By a wide margin, de la Bourdonnais won, and the series became the first chess tournament to be explicitly recorded in a newspaper or analyzed later in book form.

In the half-century after the legendary game between de la Bourdonnais and McDonnell, chess continued to flourish at an international level. In 1886, the first official World Chess Championship took place. The match took place in the United States between Wilhelm Steinitz and Johannes Zukertort, with five games played in New York City, the next four played in St. Louis, and the final eleven games played in New Orleans. As the first player to achieve ten wins, Wilhelm Steinitz became the first World Chess Champion with a 10-5 score in the twentieth game of the match.

Who is the inventor of chess?

Though there is no official recording of the first game of chess nor its design, chess was first invented according to Indian folklore by King Ravana and his wife Mandodari, the daughter of demon king Mayasura and the celestial nymph queen Hema. This invention is first described in Ramayana, the great Indian epic first transmitted orally between 750 BC and 500 BC.

What country was chess invented in?

According to folklore, chess was invented in northern India thousands of years ago. Its earlier precursor was a game called chaturanga played with dice on a 64-square board. Through India, as well as Pakistan, Afghanistan, and certain parts of southern Central Asia, the game slowly transformed over the centuries into a closer two-player game known as shatranj (or chatrang). Following trade routes along Persia, Arabia, and the Byzantine Empire, some form appeared ultimately in Europe and became its modern equivalent.

Who invented the modern chess board?

The simple standard design for modern chess sets was established in 1835 by English publisher Nathaniel Cook. After its official patent was confirmed in 1849, the design was endorsed by then-current world champion Howard Staunton. Thanks to this endorsement, Cook’s design became known as the Staunton pattern and was swiftly popularized. Sets designed with the Staunton pattern are the only sets allowed in international competition today.

Pages Related to Who Created Chess?