What Is The Shortest Chess Game Ever Played? 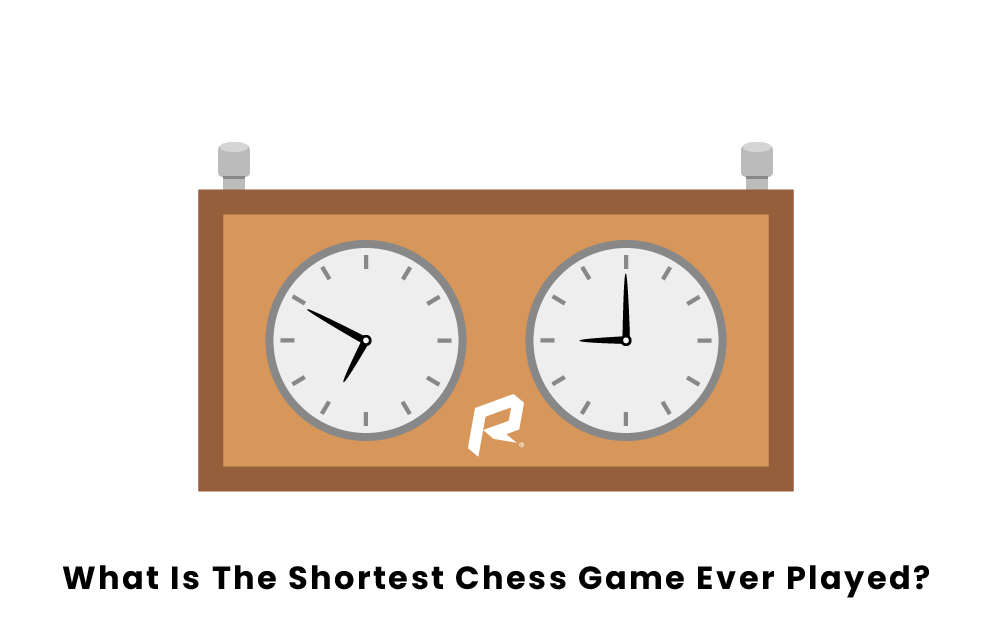 The average chess game lasts an average of 40 moves, and usually spans anywhere from ten minutes to an hour. While the vast majority of games land somewhere in those averages, the shortest professional game ever played occurred almost a century ago, in only four moves, and an infamous two-move strategy offers an even shorter game. Listed below are the details of both. 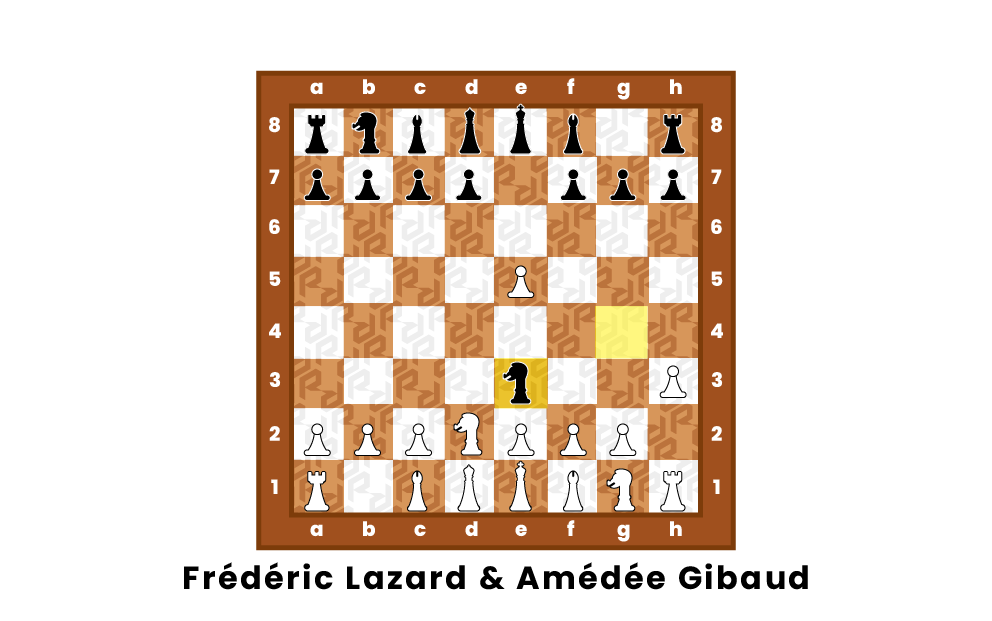 The shortest chess game ever recorded between two grand masters was a match between Frédéric Lazard and Amédée Gibaud. Lazard was a French chess master and problemist who became well-known in Paris for success in local tournaments and even won the city’s first unofficial Chess Olympiad. Gibaud was also a French chess master, though his rise to fame and success, which ended in four French Chess Championship wins, came much later than Lazard’s.

The game was played in a Parisian chess café in 1924 and consisted of four moves by each player. Gibaud began by moving his pawn to D4. Lazard responded by moving one of his knights to F6. Airing on the side of caution, Gibaud moved his own knight to take the place of his moved pawn at D2. In an aggressive switch, Lazard moved the pawn in front of his king to E5 so that Gibaud’s own pawn was in danger of being taken. In an aggressive return, Gibaud took the bait and took Lazard’s pawn by moving his own to E5. Lazard responded to this by moving his knight forward to G4. To defend, Gibaud moved forward the nearest pawn to H3 as a threat to Lazard’s encroaching knight. Finishing the game, Lazard moves his knight one last time to E3. Unable to prevent the capture of his queen without forcing a checkmate, Gibaud resigned. Though the game remains more of a tall tale than recorded fact, this game has been reproduced in many chess textbooks and common folklore since the near century ago in which it was played. 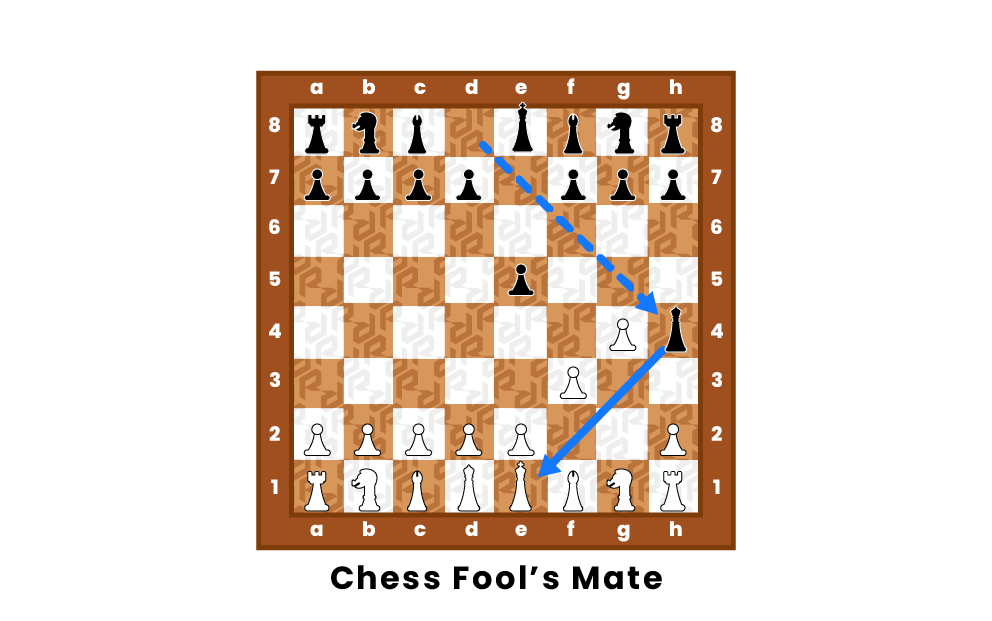 Though the shortest professional game recorded ended in four moves, fool’s mate, also known as the two-move checkmate, is a term for any checkmate delivered after the fewest possible moves from initial starting positions. The move was first named and described in Francis Beale’s 1656 text The Royall Game of Chesse-Play. A win in a fool’s mate can only be taken by Black, putting their opponent in checkmate on their second move using their queen. The situation was given this designation because it can only occur if the player using White commits an extraordinary blunder.

Fool’s mate is considered a technical illustration of the kingside weakness shared by both players’ initial positions during the opening phase of the game. Although Black can be mated in a complementary situation to the traditional fool’s mate, it requires a third additional move. Once the proper initial pawns are moved by both sides, it only takes the threat of the Black queen against the White king to end in a fool’s mate. Due to the highly unusual pawn movement required, a fool’s mate is a rarely witnessed checkmate, even among true beginners of the game.

Pages Related to What Is The Shortest Chess Game Ever Played?