What Is The Least Amount of Moves Needed to Win in Chess? 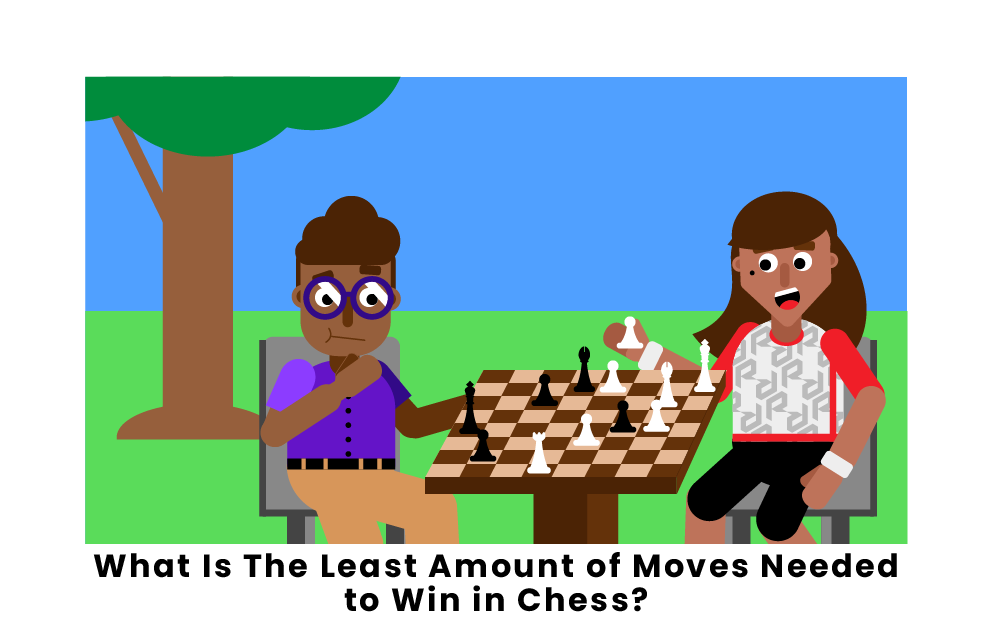 Chess is known for being a dynamic and slow-paced game with many moves, but what is the smallest possible number of moves needed to win a game of chess? As it turns out, there is a scenario in which a chess game can end in very few moves, and many chess players are taught early on to avoid making the easy mistake that can lead to such a quick loss. Below, we will take a look at “the Fool’s Mate,” a type of mistake in chess that can lead one player to a win in only two moves, and discuss how to avoid such a critical error.

Most people are aware that the object of chess is to secure a “checkmate,” a scenario in which the opponent’s king is completely trapped and cannot make any legal moves. In most chess matches, a checkmate only occurs after a long series of moves, defenses, and captures, but in one key scenario, a chess game can actually end in just two moves. This scenario, known as “the Fool’s Mate,” is the outcome with the fewest possible moves used to win a chess game. The two-move Fool’s Mate scenario is one that can only be won by the player with black pieces in chess, although the player with white pieces can win a similar victory but in a minimum of three moves.

For the Fool’s Mate to occur, the player using white pieces (who always goes first) must make a few critical errors. On their first move, white moves their f2 pawn (located in the third square from the right in the second row) out one space to f3. The player using black pieces answers this move by taking advantage of the rule that allows pawns to move two squares on their opening turn, moving their e7 pawn forward two spaces to e5. After this, white moves their g2 pawn forward two spaces to g4. Black then moves their queen to h4, checkmating the king.

Why the Fool’s Mate is Dangerous

The Fool’s Mate is one of the easiest and most dangerous moves to make in chess and relies upon a player being unaware of the vulnerabilities their opening moves create. By moving out their f2 and g2 pawns in the pattern described above, the player using white pieces opens a direct diagonal line of attack to their king, which cannot be defended by any of their other pieces, as pawns cannot move backwards, and none of the higher-ranking pieces can make legal moves to block the opening. The player using black pieces, noticing white’s mistakes, needed only to make the simple move of moving his e7 pawn out of the way of his queen, giving her a straight diagonal line to h4, easily blocking and checkmating the king.

The reason the Fool’s Mate is often called foolish is because of the inherent weakness of the squares it exploits. The f2 and f7 squares are considered the weakest squares on the chessboard because those two squares are only protected by the two kings on the board. Therefore, opening them up exposes one’s king to direct attacks by the other player’s pieces. The opening moves used in the Fool’s Mate also do not help white control the center of the board, making them unwise moves even if they did not open up the king to a checkmate.

How to Avoid the Fool’s Mate

The easiest way to avoid a Fool’s Mate is by not opening with the required moves to allow it. Players using the white pieces should avoid opening with moves by the f2 and g2 pawns and must always keep an eye on whether or not they are opening their king up for an attack by the opponent. Similarly, players using the black pieces must be mindful of opening with their f7 and g7 pawns.

As with any game of chess, the easiest way to ensure victory and avoid a checkmate is to keep an eye on how well-defended one’s king is. This way, one can avoid losing a game quickly, such as with a Fool’s Mate.

Chess may seem like a difficult and slow-paced game, but as with any strategy game, it can be ended swiftly if players make key mistakes. The Fool’s Mate is one of those key errors, and players who fall to it will certainly learn quickly that some opening moves in chess are far more dangerous than others.

Pages Related to What Is The Least Amount of Moves Needed to Win in Chess?