What Is The 50 Move Rule In Chess? 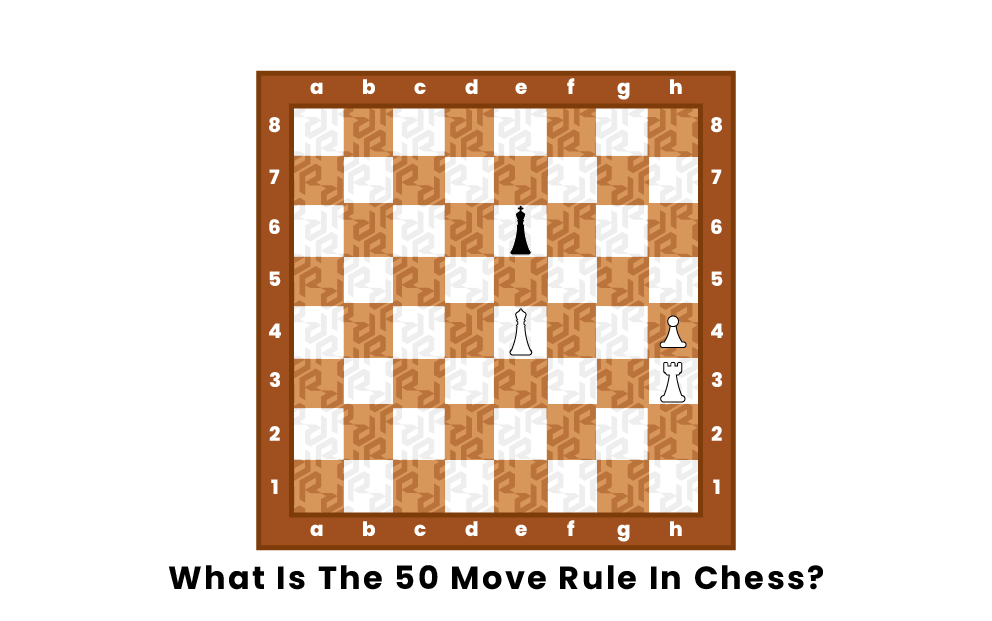 Many chess players have heard of the 50 Move Rule before, but what exactly is it, and what scenario does it refer to? The 50 Move Rule comes into play in very specific scenarios in chess, usually near the end of a game that is evenly matched and seems to be on the verge of continuing indefinitely. Here we will take a look at the 50 Move Rule, examining what it is, why it was invented, and when it applies.

What is the 50 Move Rule In Chess?

In chess, the 50 Move Rule refers to a very specific type of draw, an instance in a chess game where both players agree that neither of them can effectively win the game and agree to a tie. Quite simply, the 50 Move Rule states that either player may call for a draw if both players have made 50 moves without a capture or a moved pawn. This means that both players must make 50 moves without capturing a piece or moving a pawn for 100 such moves. A 50 Move Draw can be called either on the player’s own turn, directly after the opponent has made the hundredth move, or when the opponent is about to make the hundredth move.

Why Was the 50 Move Rule Invented?

The 50 Move Rule has a long history, but its general purpose has always been the same. The rule exists to prevent players who have low odds of victory from dragging out a game of chess indefinitely by constantly making evasive maneuvers to avoid a checkmate and never making any progress. The 50 Move Rule was partly invented because many chess players would use the tactic of prolonging a game to wear down their opponents, frustrating them until they voluntarily conceded the match.

Early rules of chess, dating from before the 1800s, recognized this problem but did not have a set policy for dealing with it. These early rules generally held that a draw should be called for after a certain number of moves, but numbers ranged from as little as 24 moves to more than 50. In the mid-1800s, a standard 50 Move Rule was finally adopted, though there was significant debate over when and how it should be implemented and whether it was appropriate for the players themselves to call for a draw or if bystanders should do so. The final, modern version of the 50 Move Rule was officially adopted in 1918.

When Does the 50 Move Rule Apply?

Typically, the 50 Move Rule in chess applies mostly near the end of a game and is common when one or both of the players has only their king and a few other pieces remaining. The 50 Move Rule will usually come into play when both players have very few powerful pieces left and are thus forced to try and checkmate each other with moves that are easy to evade. For example, one player may only have a king, while the other has a king and a rook. This situation makes it difficult for the player with the king and rook to secure a checkmate, as a decently-skilled chess player can usually use their king to avoid a checkmating scenario for  50 moves. If one of the players makes a capture or moves a pawn before all 100 moves are completed, the count resets, and the draw rule cannot be invoked again until another 100 moves have been played. Once the 50 Move Rule is satisfied, a draw is usually automatic, but there are some occasions where players agree to go beyond 50 moves, and the draw rule can still be invoked at any time after 100 moves without capture or pawn movement have been completed.

The 50 Move Rule is an important rule in chess that every player should know. The vast majority of chess players keep this rule in mind at all times when a game draws near to its ending, and while most players will do everything they can to secure a checkmate, the 50 Move Rule is a valuable tool to help save a game from the brink of defeat.

Pages Related to What Is The 50 Move Rule In Chess?