What Is A Pawn Sacrifice In Chess? 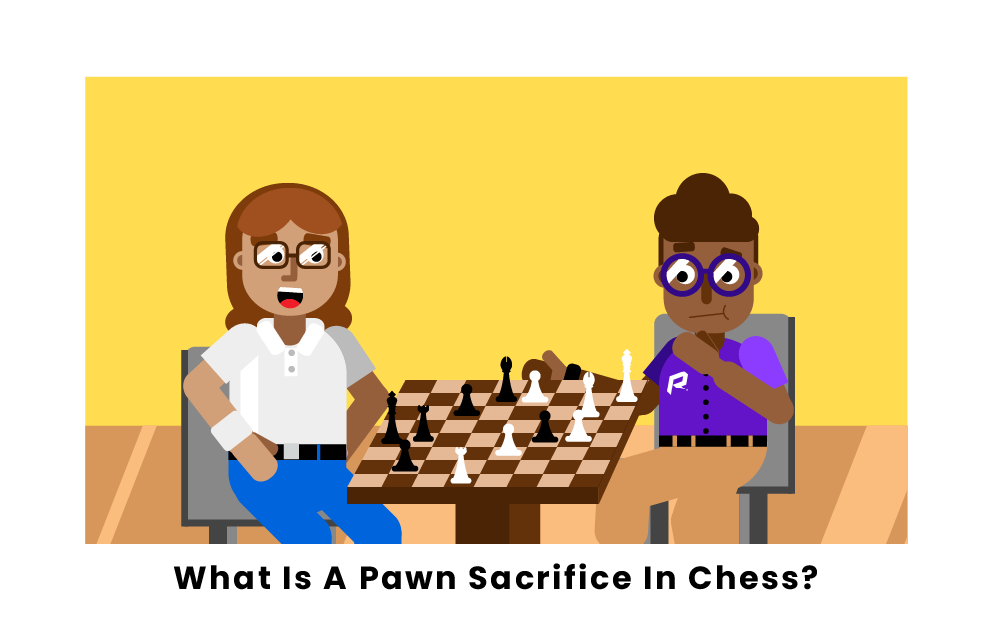 The pawn is one of the most versatile pieces on the entirety of the chessboard, and its various applications in a match may surprise you. While often overlooked, their strategic use can come in handy when you're in a bind and allow for some exciting tactics. This article will explain what a "pawn sacrifice" is and cover the pros and cons of the strategy.

What Does a Pawn Sacrifice Mean?

A pawn sacrifice is performed with the intent of losing or sacrificing one of your pawn pieces for a future payoff by manipulating your opponent's pieces into a more advantageous position or setting up a potential trap. This strategy, while at times may seem foolish, actually involves a high level of foresight in your opponent's plans and moves as well as their playing tendencies. More aggressive and opportunistic players used this style of play, such as Soviet Union player Tigran Petrosian, who often employed such strategies to great success. Rudolf Spielmann was another famous chess player who was such a strong proponent of the strategy that he eventually wrote The Art of Sacrifice in Chess to highlight the appeal of the sacrificial play.

Pros vs. Cons of a Pawn Sacrifice

The pawn sacrifice strategy has its advantages and disadvantages, both of which will be covered below.

While risky, the potential benefits of properly utilizing a pawn sacrifice can allow for cunning and positionally aware players to create havoc for their opponents. One of the main benefits of using a pawn sacrifice is that it allows for more control over the board and the ability to disrupt any formations of defenses that your opponent may have set up. By sacrificing a pawn and then forcing the opponent to capture it, you can force your opponent to unwittingly move their pieces and allow for sneaky openings that are not expected. The other main benefit of using pawns as potential sacrifices is that it will enable you to block your opponent's openings against you and mitigate the central chess board locations that your opponent can use against you.

While this style of play may seem reckless, players such as Tigran Petrosian and Rudolf Spielmann both showed that this strategy is viable and allows for a high degree of control in the matches. The ability to control the flow and pace of the game is quite powerful, and this strategy shows just how effective it can be when properly utilized.

While the advantages of using pawns as sacrificial pieces for strategic positioning may seem beneficial at first, they come at a cost that some deem too high to be helpful in a match. One of the main arguments against utilizing this strategy highlights the loss of potential defense that can come with losing pawns.

French Master Francois-Andre Philidor voiced this concern; he claimed that the long-term benefit of a pawn chain, the fact that claimed passed pawns were valuable as future queens, and the ability to take up more integral locations on the board outweighed the use of any attack openings. Philidor voiced this concern in his book Analyse du jeu des Échecs, where he stated, "The pawns are the soul of chess," highlighting his opinion on the significance of their use.

Pages Related to What Is A Pawn Sacrifice In Chess?