What Is En Passant In Chess? 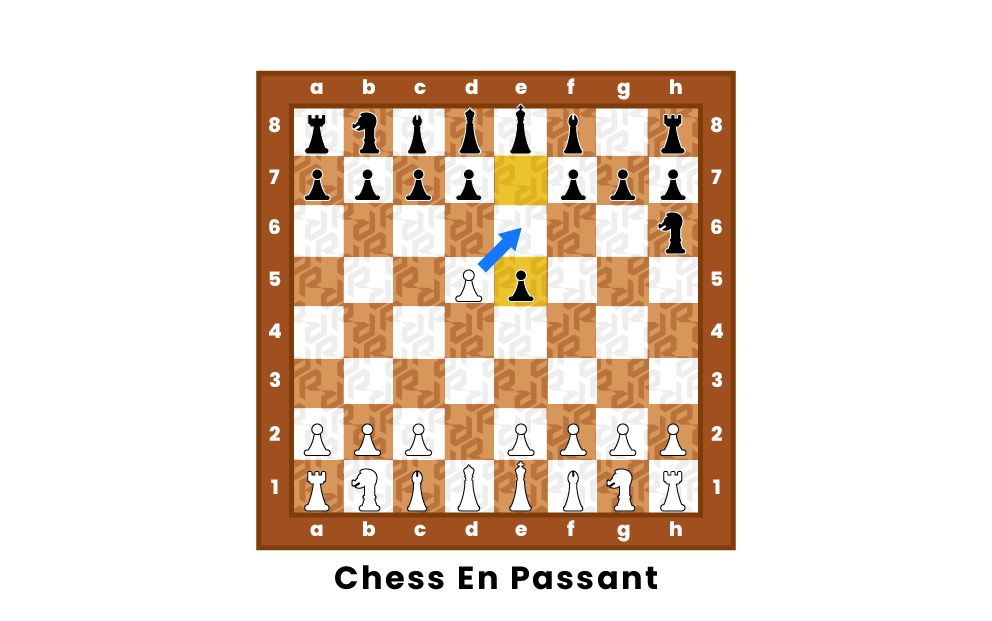 Chess is known for its rigid structure of rules regarding pieces and how they can move, but there are a few cases in which these rules can be broken, one of which is the en passant rule. But what is en passant, and how does it work in chess? Here, we take a look at this unique rule of chess and analyze how it can improve a player’s chess game.

What is En Passant?

In chess, en passant is a special type of move involving pawns, the lowest-ranking chess pieces on the board. The term “en passant” is derived from the French expression of the same spelling, which translates to “in passing” in English. This refers to the way in which a pawn is captured en passant.

En passant is a unique chess move because it breaks the normal rule of pawns capturing other pieces. In standard chess rules, a pawn can only capture another piece when that piece is one square ahead of and directly diagonal to it, at which time the capturing pawn removes the other piece from the board and occupies its square.

In en passant, however, a pawn is able to capture another pawn that has moved into the square directly horizontal to it and does so by moving into the square directly behind the pawn it is capturing, removing the captured pawn from the board. It is important to note that, because of the specificity of these rules, an en passant capture can only take place between two pawns and cannot involve any other type of chess piece such as a knight, bishop, rook, queen, or king.

Why Was The En Passant Rule Created?

En passant was developed as a rule in chess in response to the creation of another rule, which allowed a pawn to move two squares on its first move instead of the typical one. However, the creation of this rule led to certain advantages in moving one’s pawns two spaces at the start of a match, and to curb these advantages, the en passant capture was invented. That is why one of the requirements for performing an en passant capture is that the pawn you are capturing has moved two spaces.

When Can En Passant Be Used?

There are a number of prerequisites that must exist before an en passant capture can be performed in chess, and these requirements relate to the type of pawn being captured and its placement.

When is En Passant Illegal?

En passant is one of the most unique rules of chess and is designed to make the game more varied and exciting. As one of the few instances where a chess player can legally break the traditional rules of capture, en passant is a vital tool for many chess players to understand and make use of as they try to improve their chess game.

Pages Related to What Is En Passant In Chess?