What Is A Draw In Chess? 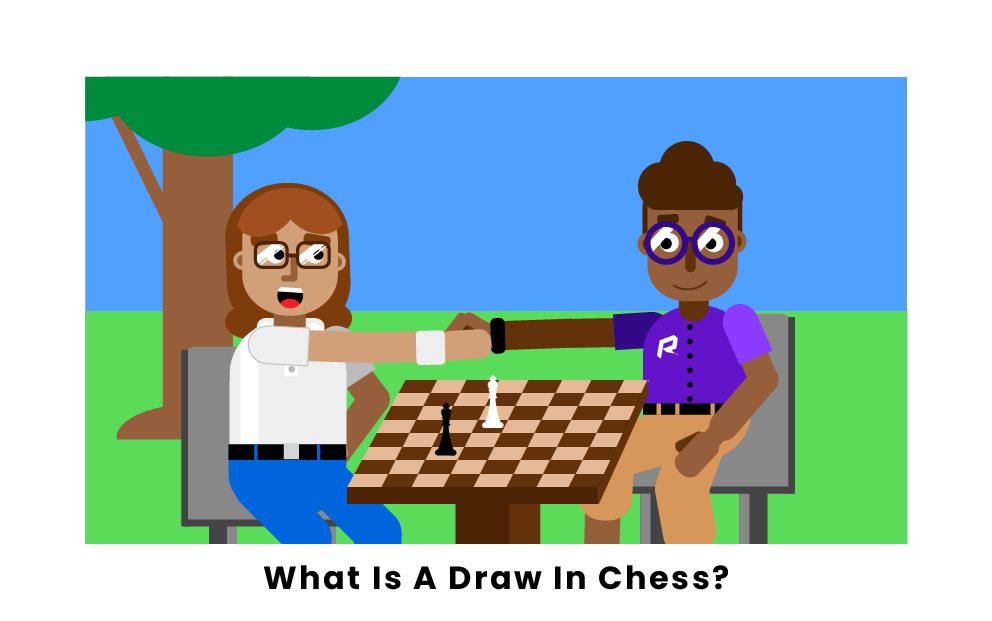 A draw in chess occurs when neither player is able to checkmate their opponent, resulting in neither player winning the game. Draws can happen in a variety of ways. In tournament play, when a game ends in a draw, both players receive half a point towards their tournament scores. In rated games, if players are similarly ranked, neither player will lose or gain any Elo rating, which is the rating system used in chess to compare players’ strengths. If there is a disparity in rankings, the lower player will gain some Elo while the higher player will lose a small amount. This article will cover the five ways that a chess game can end in a draw.

At any point during their turn, a player may ask their opponent for a draw. If their opponent accepts, the game immediately ends. If the opponent declines, the game continues. Draws can be offered multiple times throughout the game. Players will offer a draw when they calculate that neither they nor their opponent has any clear way to win. An example of this is a pawn endgame with opposite-colored bishops. Since the bishops cannot contest each other, it becomes difficult to make forcing moves, and good players will be able to defend against the advances of the pawns. Rather than play a long endgame that will likely result in a draw unless one player blunders, players agree to a draw to save time and energy.

A draw will result when both players move the same piece back and forth three times in a row, usually in perpetual checking. This is usually done by the losing player in order to save them from a loss. If they can infinitely check their opponent’s king, then their opponent will not be able to do anything except move their king out of check. As this is the losing player’s best move, they won’t do anything else, and therefore force the game to end in a draw. 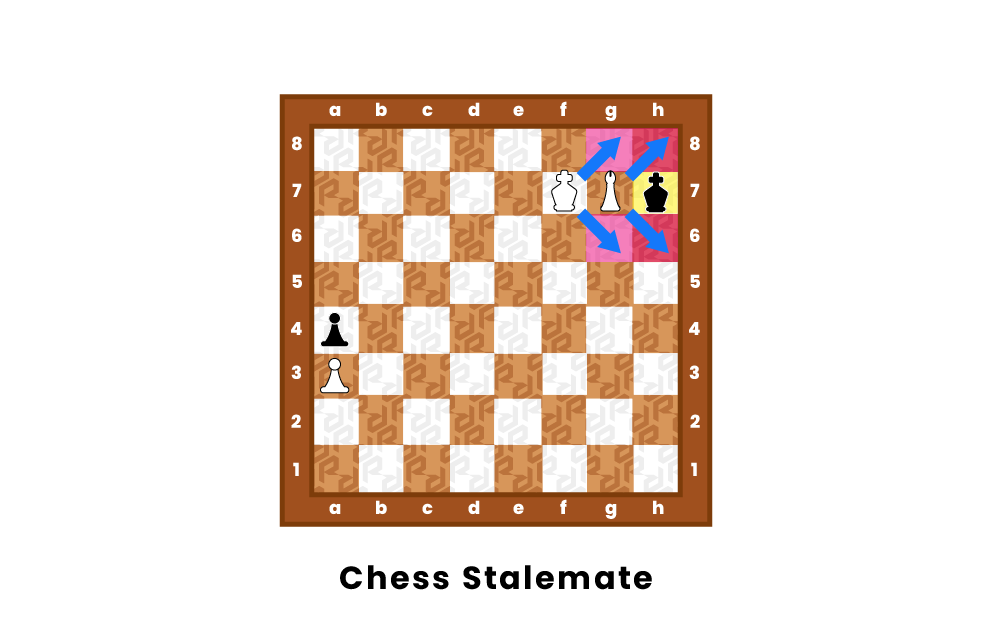 A stalemate occurs when a player’s king is not in check, but they have no legal moves they can make. This means that the king is on a safe square, but every square around it is controlled by enemy pieces, and they cannot move another piece. A player is not allowed to put themselves in check, and therefore they cannot use their turn. The game ends in a draw as a result. However, if a player’s king cannot move, but they have another piece on the board that they can move, then the game will continue. If the opponent should capture this piece without first allowing anywhere for the king to move, then the game will immediately end in stalemate. A game ending in stalemate is considered a blunder by the winning player, and usually happens in games among lower-rated players, as higher-rated players know checkmating patterns. A good way to avoid a stalemate for beginners is to make sure that every move they make is a check when their opponent only has a king left. 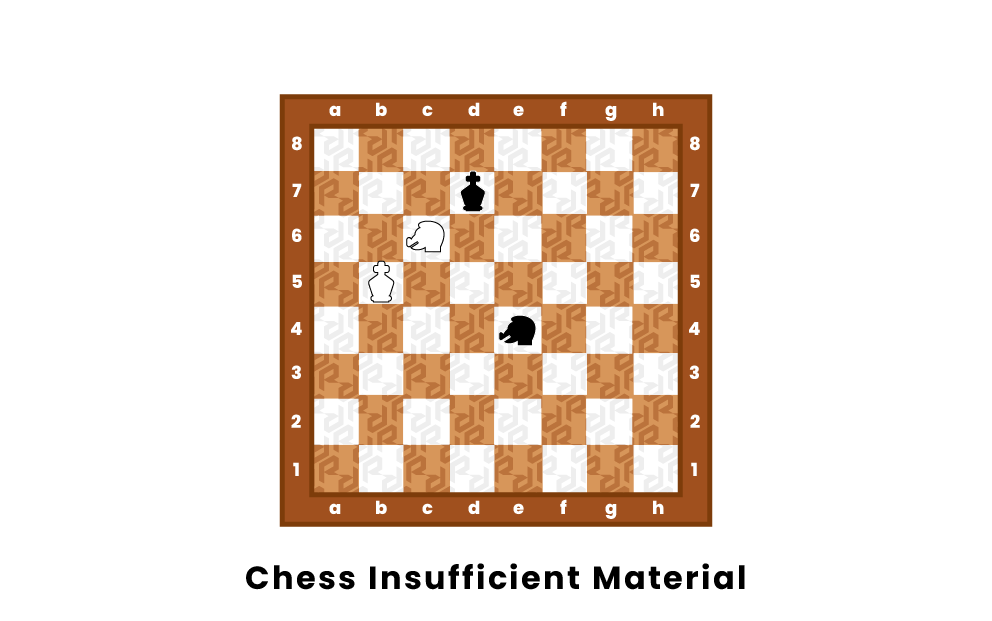 A game ends in a draw if opponents capture enough of each other’s pieces that they are unable to checkmate one another. If a player is left with just their king and a knight,  their king and a bishop, or just the two kings left on the board, there is no way they can deliver a checkmate, and the game ends in a draw. A situation called a “Dead Position” can also be reached  when neither player can advance up the board to attack the opponent’s king. This occurs when pawns block off all avenues of attack and are interlocked with each other, unable to move. While it is extremely rare, it is possible.

The fifty move rule states that the game will end in a draw if neither player captures a piece or advances any pawns in 50 moves. This rule is to prevent games from continuing on and on while neither player is making progress in their endeavors. The most common instance where this rule is invoked is among lower-rated players who don’t know checkmating patterns. Therefore, if a player only has their king left, their opponent must checkmate them in 50 moves, or the game will end in a draw. However, if a player knows the checkmating patterns with different pieces, it shouldn’t take nearly this long to achieve a checkmate.

Pages Related to What Is A Draw In Chess?