What Is A Chess Grandmaster? 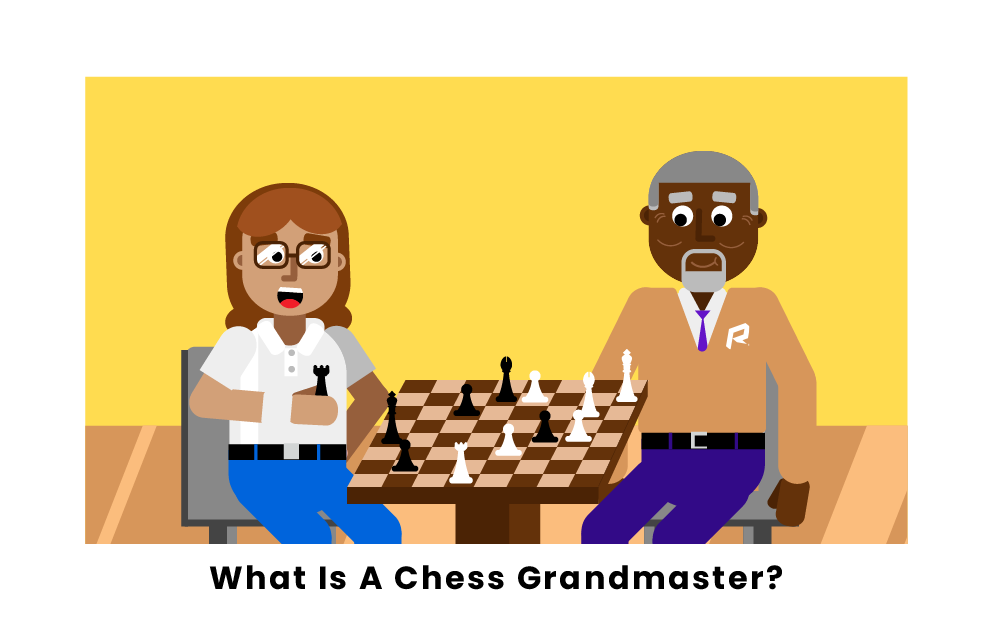 Many people have heard the term “grandmaster” in relation to chess, but what exactly is a chess grandmaster, and what distinguishes them from other chess players who do not have the title? As it happens, “grandmaster” (also abbreviated as GM) is only one of the many different titles awarded by the International Chess Federation (FIDE). However, it is certainly the most well-known title, as it is the highest ranking a chess player can officially reach. Here, we will take a look at what a grandmaster is, how to become one, and how the title differs from others in the chess-playing world.

What is the Elo Rating System in Chess?

In chess, the skill of different players is evaluated by a rating system that assigns a gradually-increasing number to successive levels of skill at the game. This system is known as the Elo Rating System and is named for its inventor, Arpad Elo, an American physics professor who designed it in order to standardize the rankings of chess players across the world.

In the Elo Rating System, each chess player receives a numerical ranking that reflects their performance in the last game they played and their overall performance across all of their matches. The Elo Rating System is calibrated to predict how likely various outcomes are between players of different rankings and awards points based on those outcomes. Higher-ranked players generally receive fewer points when beating low-ranked players, while lower-ranking players will receive many points for beating a high-ranked player.

The various levels of the Elo Rating System are as follows:

What is a Chess Grandmaster?

As noted by the table above, a chess grandmaster is the highest possible ranking in the Elo Ranking System and thus the most prestigious title a chess player can achieve. The title of grandmaster is traditionally awarded to professional chess players by the FIDE, and once someone is named a grandmaster, they hold the title for life and cannot lose it even if their skills should lessen. The only way a grandmaster could possibly lose their title is through disciplinary action from the FIDE, such as if they were found to have cheated.

Most chess grandmasters achieve the title by earning a 2500 rating. However, many grandmasters are rated far higher than 2500, and some are rated so highly that they are occasionally referred to as “super-grandmasters,” though this is not an official FIDE title. The highest-ever rating achieved by a grandmaster was 2882, a feat accomplished by Grandmaster Magnus Carlsen, a Norwegian chess grandmaster, in 2014.

How to Become a Chess Grandmaster

Naturally, because of the difficulty of achieving a 2500+ Elo Rating, the number of grandmasters in the world of professional chess is quite small. As of November 2021, there were only 1,742 recognized chess grandmasters.

If one wishes to become a chess grandmaster, one must put a tremendous amount of work and effort into pursuing the game of chess. The FIDE's traditional goal for reaching grandmaster status is to achieve a 2600+ rating in a nine-round FIDE-sanctioned chess tournament, in which one is pitted against high-ranking chess players from various countries.

What are Other Chess Titles Besides Grandmaster?

In addition to the title of grandmaster, there are various other rankings in chess that players can achieve on the way to reaching the goal of becoming a chess grandmaster. The first-named title after the lettered classes of players (Classes A-E) is the “Expert” chess player, which is also referred to as a “National Candidate Master.” Expert chess players typically rate between 2000 and 2200. After Experts, the next title is an FIDE Candidate Master, the first FIDE-ranked title in chess, awarded to players between 2200 and 2300. Above FIDE Candidate Masters are FIDE Masters, who usually rank between 2300 and 2400. Finally, the most prestigious chess title beneath that of grandmasters is the title of International Master, which is awarded to players who achieve an Elo Rating between 2400 and 2500.

Chess Grandmasters are unequivocally the most talented chess players in the world, and standing among their ranks is the dream of every aspiring chess player. Achieving an Elo Rating above 2500 is incredibly difficult, but even achieving a lower ranking in chess is a sign of great intelligence, observation, and strategy, one which very few people in the world can match.

Pages Related to What Is A Chess Grandmaster?