What Happens If You Forget To Say "Check" In Chess? 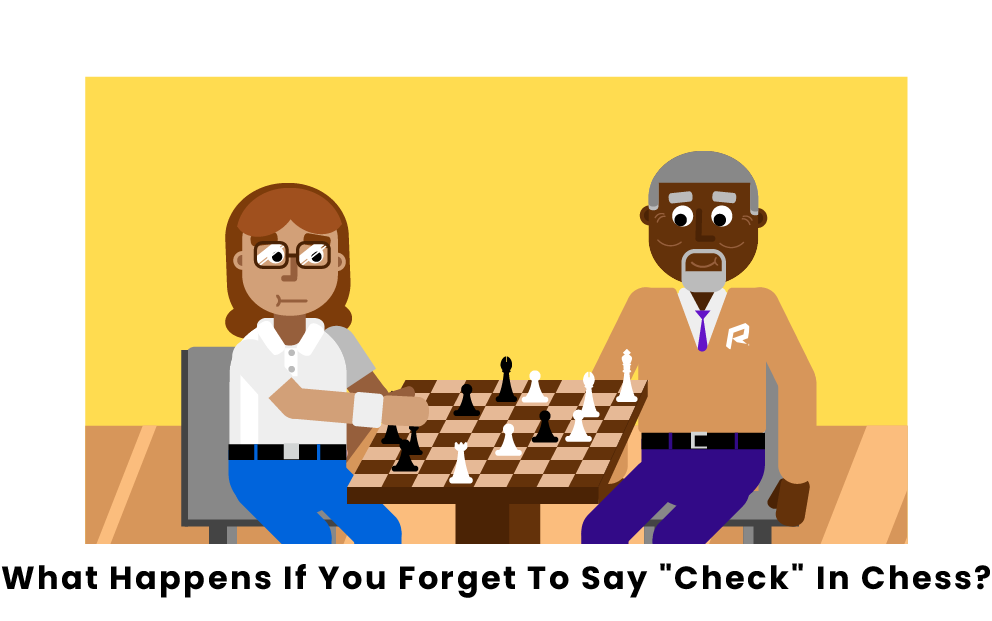 The term “check” in chess refers to when a player’s king is one move away from being captured, which as a result, would end the match. If a player is in check, the opposition is supposed to tell that person so they can move out of check. If the player can no longer move the king away from harm, the game ends, otherwise known as “checkmate.” However, what happens if the opponent doesn’t call “check?” Read below to find out.

The Result of Not Calling “Check”

Saying “check” is essentially a warning to your opponent that their king is under attack. While it’s considered good sportsmanship to alert the other side, it’s not required by the rules of the game. This means if the opposition doesn’t recognize their king is in danger, and they do not do anything to take it out of danger, the game can end in a checkmate. The bottom line is it’s entirely up to the player if they want to alert their opponent that they can end the game if they don’t get their king out of danger.

Deciding not to say “check” isn’t unlawful in chess, and as a result, it’s up to the player’s discretion to say it or not say it. In more casual contests, it’s more common for the opponent to warn the opponent about their king. However, in tournaments, or any other event with stakes, players don’t often call out “check.” This is because if their opponent doesn’t recognize it, they can end the game on the following move. The other reason is if the opposition is alerted, they’ll spend time trying to get out of check. This means they will spend more of the match clock on their turn, increasing the game's chances of ending in a draw. The main takeaway is that if something is “on the line,” it’s much more likely a player won’t call out “check” as opposed to a more laid-back environment.

Can A Player Put Themselves In Check?

A player putting themselves in check is considered an illegal move. This means a piece is played with an inappropriate movement. The result of a player accidentally putting their king in check is they have to make a legal move to counter it. Essentially, a player has to correct their move with a legal move that does not put their king into check. This is because the rules state that if someone makes two illegal moves in a single match, they lose unless the opponent can’t end the game in checkmate - otherwise known as “insufficient mating material.”

Pages Related to What Happens If You Forget To Say "Check" In Chess?