What Does Check Mean In Chess? 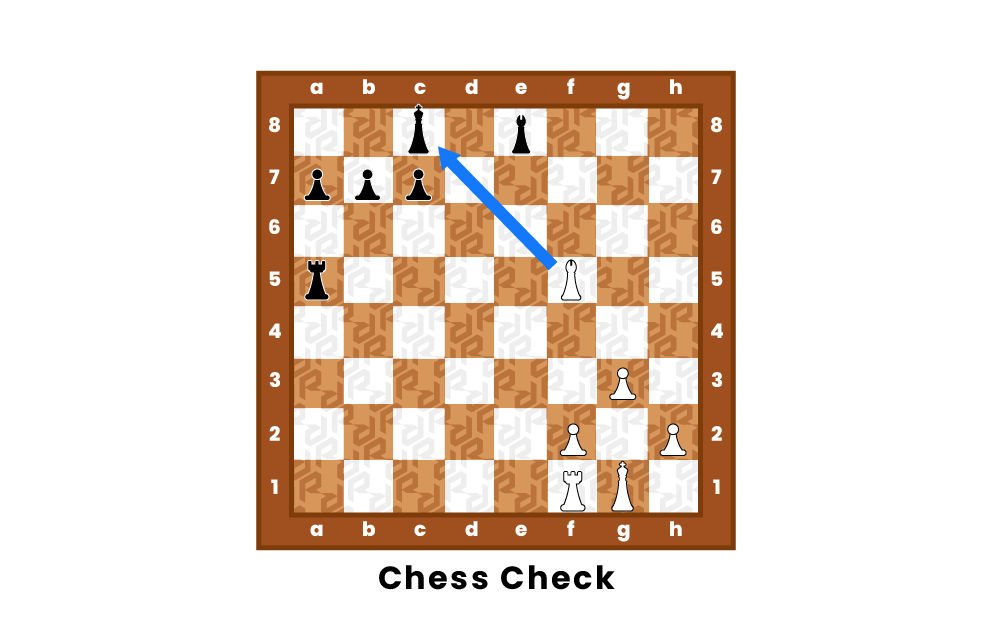 Checking is one of the most important concepts in chess, but what exactly is it, and how does it differ from checkmating? In chess, a check is a direct attack against an opponent’s king, signaling that the king is in danger from one of the enemy’s pieces. It is important that chess players know the rules of checking and how to escape it, so here, we will take a look at what checking is and what the rules are regarding it.

What is a Check in Chess?

In chess, the term “check” refers to any scenario in which the king is under attack and could be “captured” by a piece. As the king cannot actually be captured and taken off the board, a scenario in which the king is directly within the capturing ability of an opposing piece is referred to as a check. In chess notation, checks are normally denoted by a plus (+) symbol. Scenarios in which a king is in check include:

What is the Difference Between Check and Checkmate?

The difference between check and checkmate in chess is simple: in a check, while the king is directly under attack, there is always an avenue of escape, whether that be by moving the king to a square that is not in check or by moving another piece between the king and the enemy piece that is attacking it. Conversely, in a checkmate, which ends a chess game, a king is placed in check by multiple pieces that surround it in such a way that the king has no legal moves to make and cannot be saved by any other pieces.

How Do You Get Out of Check?

As the rules of checking state that any player who is in check must escape it, it is important for chess players to know how to get their kings out of check. In chess, there are three ways a king can escape check.

The first way a king can escape check is by moving the king to a square that is not in check. This involves taking the checked king and moving one square in any direction, so long as the destination square is not in check. It is vital for players to be aware of what pieces are attacking what squares so that they do not move their king from one checked square to another square that is also checked.

The second method of escaping check is by blocking the check. This involves a player moving another of their pieces between the checked king and the enemy piece that checked them. Blocking the check may sometimes result in the player escaping check, but it can also cause the checking piece to immediately capture the blocking piece, so players should be cautious and willing to sacrifice a piece used to block a check potentially.

Checking is one of the most important rules of chess, and every chess player needs to know how checking works, how to enact a check, and how to escape one. Checks can easily fluster novice chess players, so every player must practice getting out of scenarios in which their king is in check so that they can respond appropriately when their king is threatened in a real chess match.

Pages Related to What Does Check Mean In Chess?