How Much Time Does Each Player Get In Chess? 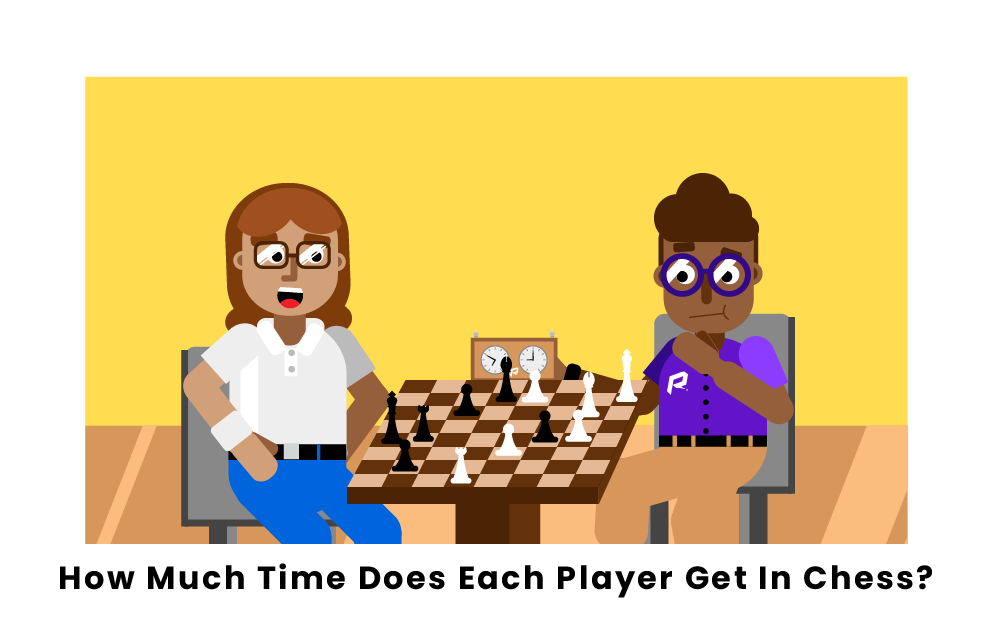 Chess is a popular strategy board game played around the world. In tournaments, and even in casual play, a clock is used to keep the pace of the game. The clock counts down the time a player has for the game, and once a player moves their piece, they press the clock to stop the countdown so the other player can move their piece. The use of a clock helps keep tournaments moving on schedule and also can affect the pace of play depending on how much time each player is given. So how much time does each player get in chess?

How Time is Used

The first thing a potential new player would need to know is how time is used in a chess game. A game of chess can be played with a clock, but there are different variations of chess that affect how much time a player is given. For a casual game, the players can choose any time for the play of the game, depending on what type of game they would like to play. Since the amount of time affects the style of the game, if they wanted to play a quick game, then they might choose five minutes per player, but if they wanted to play a slower-paced game, they might choose one hour per player.

For official tournament games, the amount of time a player gets depends on the type of tournament they are playing in. Chess tournaments such as the U.S. Championships are longer games played with a 40/2 time split, with each player getting 2 hours for their first 40 moves. After that, it turns into an SD/1 time, which means that each player plays to sudden death with 1 hour to complete their moves. The official time for FIDE, the International Chess Federation, which governs the World Chess Championship, allows 90 minutes for each player's first 40 moves and 30 minutes for the rest of the game. It also adds an increment of 30 seconds per move.

How long was the longest official chess game?

The longest chess game ever took place in February 1989, between opponents Ivan Nikolic and Goran Arsovic. The game lasted over 20 hours, with 269 moves being played, and it ended in a draw. The game lasted so long because the FIDE tournament rules were different in that they allowed the players to play double the maximum number of moves they would be allowed with modern rules.

Pages Related to How Much Time Does Each Player Get In Chess?