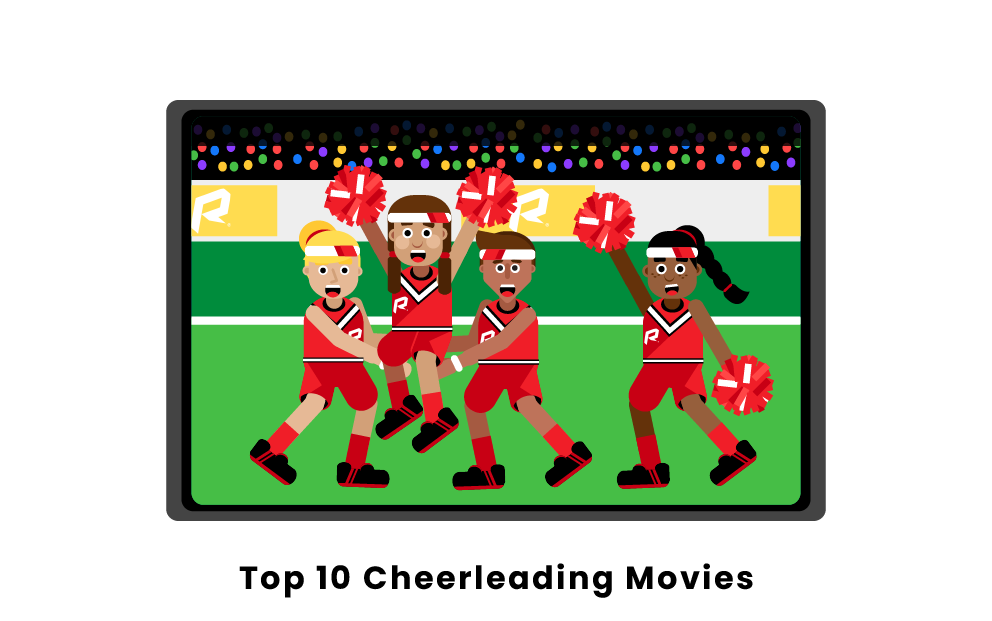 What are the most popular cheerleading movies?

The first ever movie of all of the Bring it On movies ranks in as number one for the most popular cheerleading movie. Released in 2000, Bring It On is a sports drama movie showing what highschool competition cheerleading is all about. Since the movie's release, many movies have followed in its series.

2. Bring It On: All or Nothing

Bring It On: All or Nothing, released in 2006 as the third film in the series, has the highest amount of popularity within the series. The movie follows the same characters seen in Bring It On, with addition of new ones and more drama along the way. The story continues to follow high school cheerleading and another competition. The movie includes celebrities like Rihanna as a guest star. Bring It On: All or Nothing was the second in the series to be straight to video, rather than released in theaters like Bring It On. Its success on straight to video led more Bring It On movies to be released following.

Bring It On: In It to Win It, released in 2007, followed Bring It On: All Or Nothing in the film series. Following the same story line, Bring It On: In It to Win It follows high school competitive cheerleading, with new drama plots, characters, and another grand competition. This movie marks the fourth film in the series, and continues to make Bring It On the top cheerleading movie series of all time. The movie was also direct to video, as were all the rest of the Bring It On movies following the original. The movie gained extra popularity with Ashley Benson and Ashley Tisdale as two characters.

Fired Up was released in 2009 and is one of the funnier, romantic cheerleading movies ever released. The movie follows two boys who choose to drop out of football camp and join the cheerleading camp instead. While cheerleading is presented in the movie, so are their romantic aspirations and other drama plots that make the movie so popular. The movie is a drama comedy, showing typical stereotypes of highschool boys going to impress their girls, here being the cheerleaders. Fired Up made over 18 million dollars in the box office worldwide, and it is a well known movie revolving around cheerleading.

Poms is a different type of cheerleading movie from the others in this list. Poms tells the story of an older woman who lives in a retirement home. After meeting other women in the home, they decide to break barriers and chase their dreams of being cheerleaders, no matter their age. The women in the retirement home form their own squad and show throughout the movie that there is hope in retirement homes and that age does not need to stop you in chasing your dreams.

Poms was released in 2019, and is based on the true story of a group of retirement home ladies who started the Sun City Poms. The Sun City Poms have been a group of senior cheerleaders since 1979, cheering on their teams in Sun City, Arizona. The movie, Poms, hit a box office total of over 16 million dollars worldwide.

Released in 2001, it makes the list as one of the top cheerleading movies and hit a box office total of over 16 million dollars worldwide.

7. Bring It On Again

Bring It On Again is the second movie in the Bring It On movie series. Released in 2004 on direct-to-video, Bring It On Again is considered a hit cheerleading film. In comparison to the other movies, it does not reach the same amount of popularity and interest. The movie shows college competitive cheerleading at the fictional university, California State College. While the film is a staple in the series, it lacks some of the creative routines, drama, and celebrity features as the others.

9. Bring It On: Worldwide Cheersmack

Bring It On: Worldwide Cheersmack is the final movie in the Bring It On movie series. After three national championships, the squad from the movie moves on to its final showdown with a worldwide competition virtual battle. This new twist to the Bring It On series was the final movie ever to be released, and one of the least successful in comparison to the prior movies. Released in 2017, the movie was also released direct to video for people to watch.

The Virtual Worldwide Cheerleading Competition held in the movie is unlike anything ever seen in other movies and definitely makes this a unique twist within the film series. As the sixth installment in the series, Bring It On: Worldwide Cheersmack ended the series officially.

Zombies is a Disney movie released in 2018. The movie Zombies gives a completely different twist to any cheerleading or high school based movie. When students from Zombietown transfer to a regular high school in the suburbs with a popular football and cheerleading program, things take an unexpected turn. Throughout the movie the zombies and the cheerleaders team up together for a routine in the cheer competition. Zombies is Disney's most popular cheerleading-based movie. In 2020, Zombies 2 came out as a sequel to the popular teen movie. Both of which were exclusively played on Disney and can be watched on Disney's new streaming platform.