How Long Is A Cheerleading Routine? 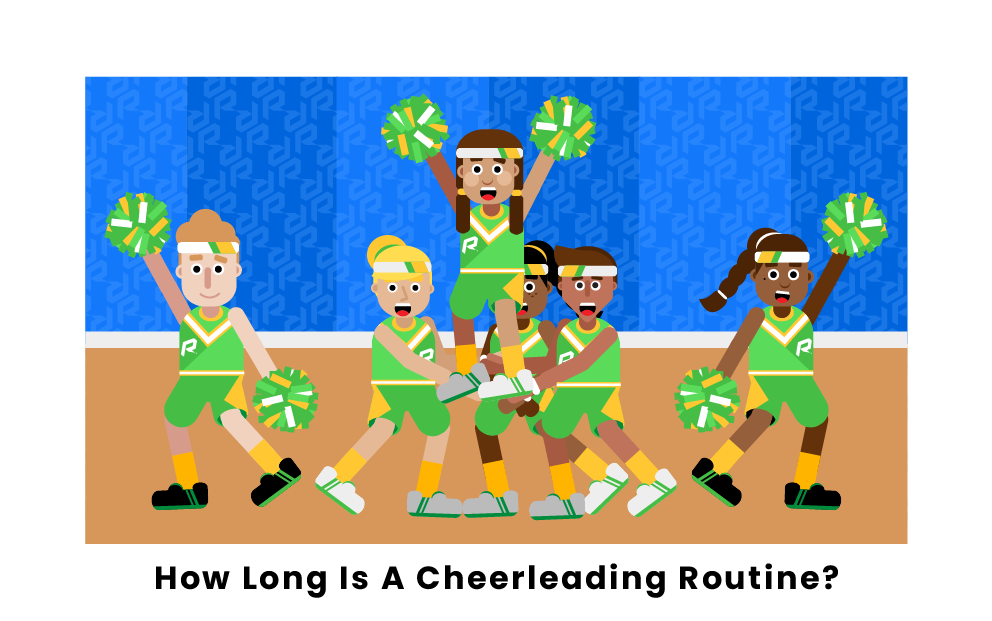 Many types of sports, particularly in high school settings, include cheerleaders to add excitement and entertainment to their games. Still, many people don’t know that cheerleading is a competitive sport of its own. Cheerleaders go through intense training and practice to perfect the routines they perform during games, and teams often compete against each other at cheerleading events to see whose routine is best. But how long is the average cheerleading routine, and what other time limits exist in the sport? Here, we look at the various rules which govern cheerleading and its timing.

While it was not recognized as an official sport for many years, cheerleading has grown tremendously in recent decades. It now stands as a sport of its own, with several rules, terms, and techniques that make it unique and challenging in ways comparable to all other sports. Cheerleading events consist of what are known as “routines,” and include meticulously choreographed performances put on by the cheerleading squad as a means of boosting morale and excitement for the team they represent. These short routines often take place during breaks in a sporting event, such as the halftime interval of a football game. They involve movements of varying complexity, such as lifts, tumbles, and other dance-like maneuvers. Cheerleading routines are often set to music and accompanied by chants supporting the team or school being represented.

There are several basic and advanced motions that make up a typical cheerleading routine. Most recognizable is the ready position in which cheerleaders begin their routines, which consists of standing with the feet at shoulder width and the fists resting above the hips with the elbows straight out to the sides. Other well-known motions include the handclasp, the V Motion, the L Motion, and the Right and Left K. More advanced moves include tumbles and lifts, often performed by multiple cheerleaders working together.

At a cheerleading competition, also referred to as a cheer meet, cheerleading squads perform their routines in front of a panel of judges, all of whom are experts at cheerleading and are either former cheerleaders, cheerleading coaches, or both. The judges evaluate each cheerleading routine based upon qualities such as difficulty, execution, and time. Various scoring rubrics are used to judge the quality of each routine, with points and requirements varying for each skill level. Aspects considered include stunt difficulty, stunt quality, pyramid difficulty, toss difficulty, tumbling and jump difficulty, dance, and overall routine composition, among others. Judges will also consider their overall impressions of the routine, and elements such as visual effects and music.

How long is a cheerleading meet?

Is there a time limit for cheerleading routines?

Is there a time minimum for cheerleading routines?

Pages Related to How Long Is A Cheerleading Routine?