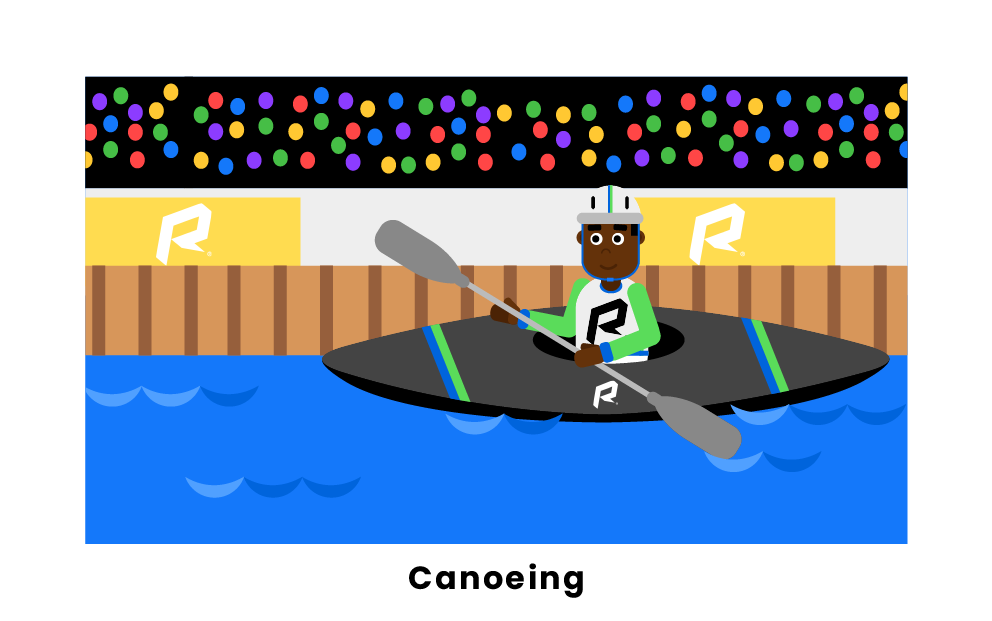 Canoeing is a water sport done in a small, lightweight boat with points at both ends. It is propelled by paddles that move through the water. There are three types of canoes; kayak, standard, and open canoe. A kayak has a closed sitting area and a double-ended paddle. A standard canoe is similar to a kayak, but a single-ended paddle is used. An open canoe, which is more traditional, involves multiple paddlers who use single-ended paddles.

The history of canoeing begins with origins as a primary use for transportation, war, and trade by a range of people, from Native Americans to Polynesians. Made from tree bark, animal skins, and logs, the canoes built during this time period ranged from 3 to 30 meters in length. Over time, it was reworked into professional and recreational use for hunting and fishing. By the 1860’s, canoeing finally took its form as an official sport, specifically by John MacGregor, who was a prominent figure in developing sailing cones, paddles, and canoeing as a recreation and official sport. 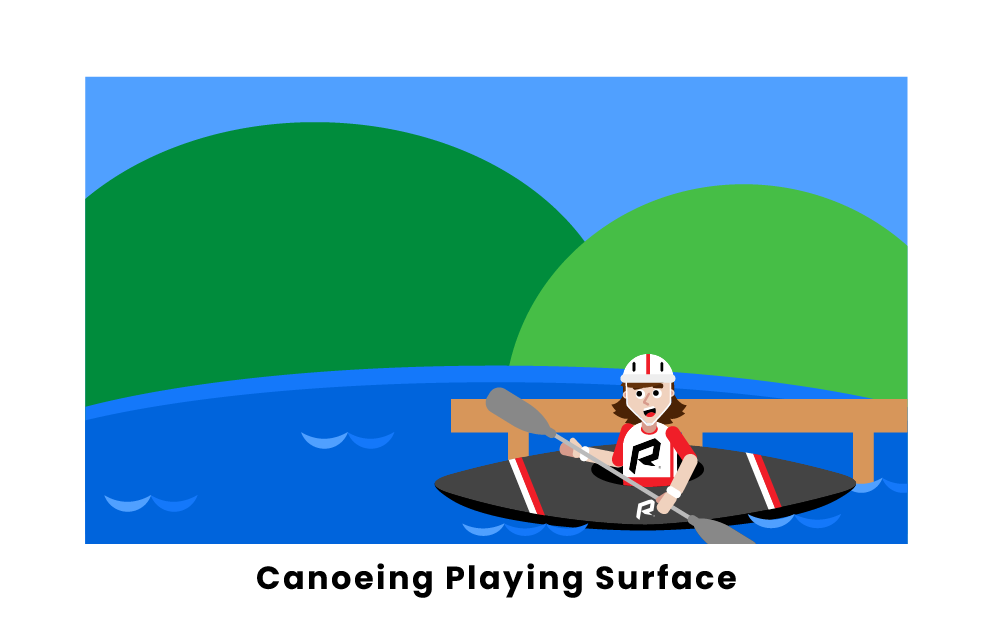 Canoeing can be done wherever there is a body of water. Canoeing takes place in large bays, lakes, rivers, or other smaller bodies of water, while larger bodies of water such as oceans are not as favored. Canoers often prefer locations that do not have strong currents, waves or winds, so that they have a smooth ride on calm waters. 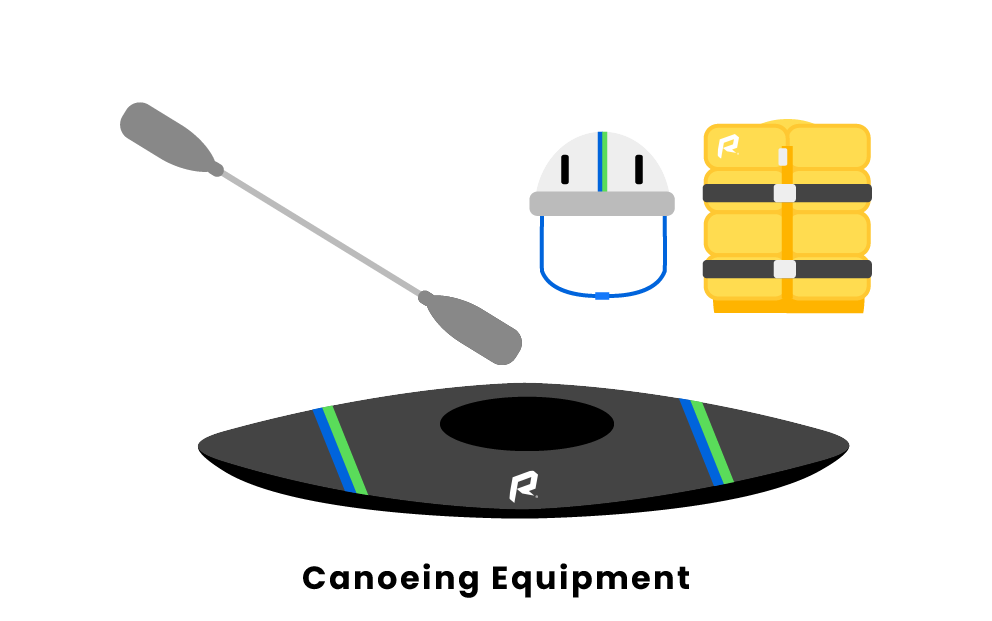 There are several essentials needed before heading into the water.

Here is the essential canoeing equipment you should have:

The objective when canoeing is to travel on water with the propelling of a paddle. When canoeing competitively in canoe slalom, individuals must navigate through rapid rivers and finish in the quickest time possible. In canoe sprints, individuals are lined up and whoever reaches the finish line first, wins. Both of these require agility, speed, and skill. 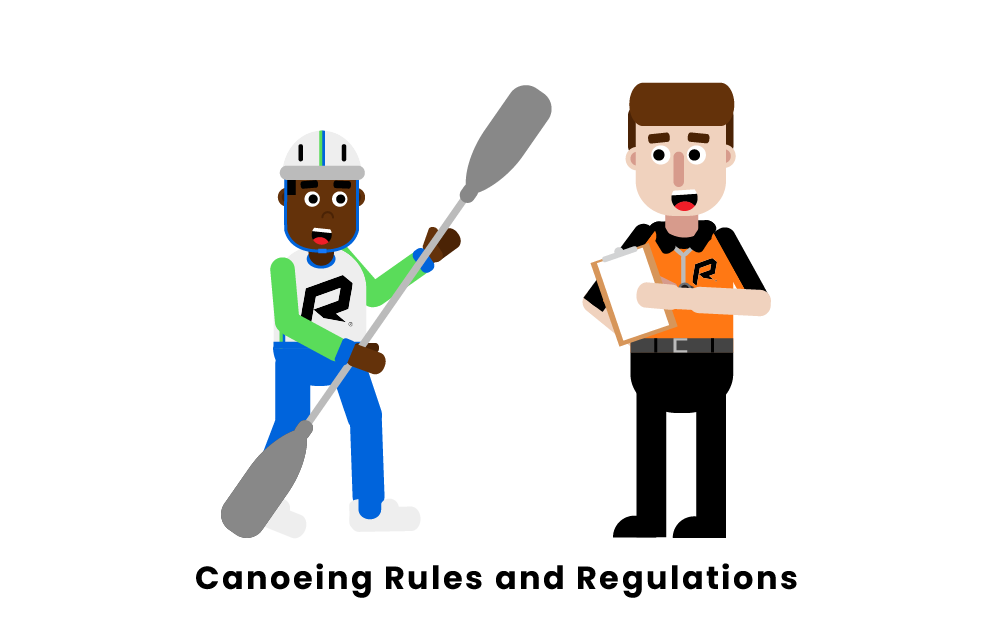 There are not many recreational canoeing rules besides following the area’s regulations, wearing a lifejacket, being precautious, and knowing the water’s course. In canoe slalom, athletes cannot touch a gate pole or take on a gate incorrectly. Otherwise, they receive penalties. Additionally, if athletes are tied in the first two runs, semi-finals, and finals, they share the gold medal for first place. In canoe sprints, athletes must stay in their lane and are allowed a false start. However, if they make a false start twice, they are disqualified. In both competitions, the athletes’ canoe must stick to specific guidelines.

Here are the essential canoeing rules you should know:

Recreational canoeing is not an extremely skillful sport; it is quite relaxed and simple with the proper equipment and calm waters. However, when competing competitively or in more challenging locations, there are a few essential paddle strokes and skills that can be used to improve techniques. The forward, draw, cross draw, stern pry, and J strokes are all paddling strokes that require rotation of the torso as well as full body strength to propel the canoe forward and paddle properly through the water.

Here are the most important canoeing paddling strokes you should know: 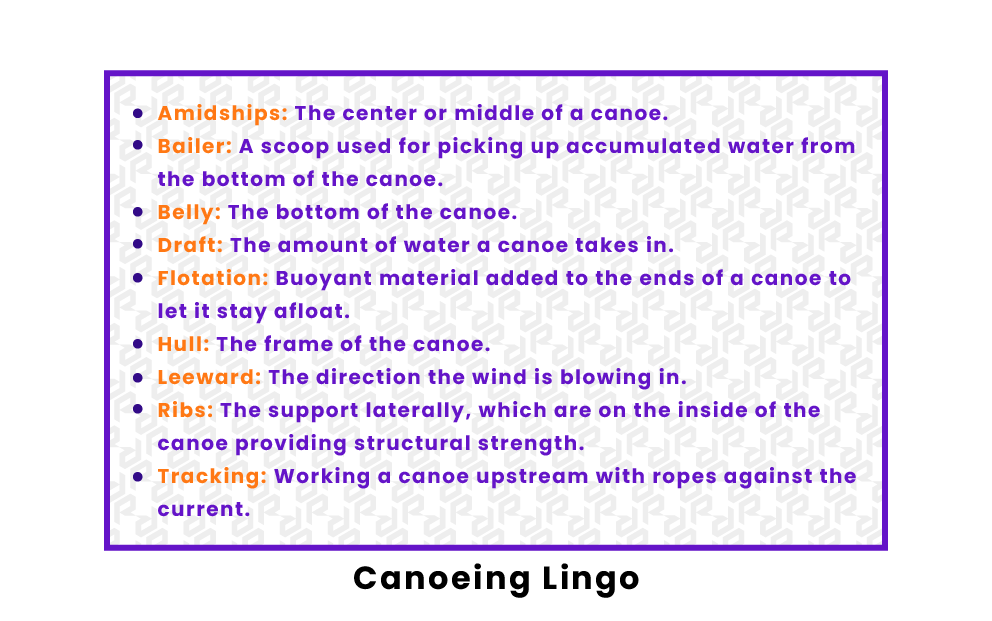 Here is the common lingo and slang in canoeing: 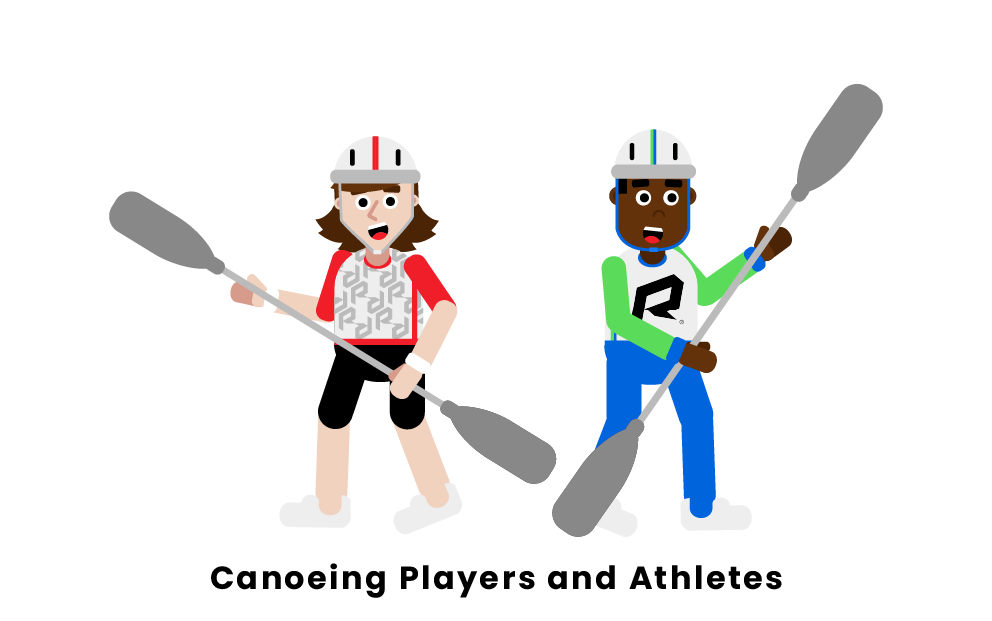 The all time best canoeing athlete is Brigit Fischer, who performed in the Olympic Games, won 8 gold medals, 4 silver medals, has a rating of 56, and a career lasting nearly 24 years. Next is Ger Fredriksson, who won 6 gold and 1 silver medal and has a rating of 39. These are the top two male and female canoers, but there are many others who are great paddling athletes.

Here are the most famous canoeing athletes you should know: 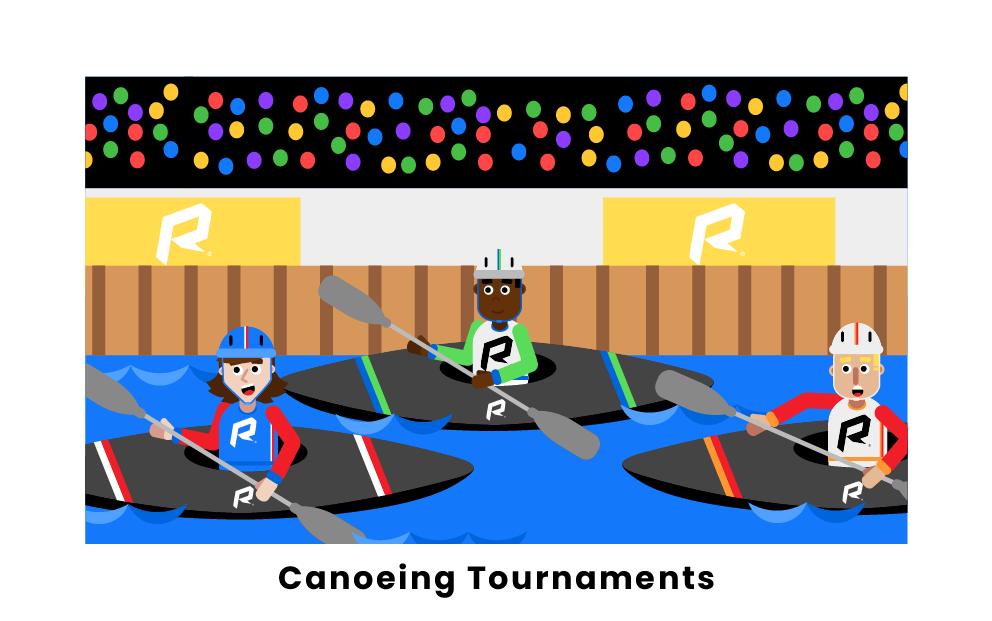 The International Canoeing Federation and the American Canoe Association are two governing bodies that host canoeing competitions. The events and competitions are often split up between the types of races held, including canoe sprint, slalom, marathon, freestyle, wildwater, and more. There are many events held nation and world wide, but the Olympic Games are the most sought after by athletes.

Here are the most popular tournaments in canoeing:

In the Olympic Games, the two types of races that are held are slalom and sprint. Canoe slalom uses the same technique as a canoe sprint, but the boats used are smaller, lighter, and allow for athletes to maneuver easily through rapids. Canoe slalom made its debut in the 1972 Munich Games, with four events held for the sport. The canoe sprint first took place in 1924 in Paris, and Europe continues to dominate these races. The boats involved in this race are more long and streamlined to allow for greater speed. Both of these races are famously held in the Olympic Games.

Do you need prior experience to recreationally canoe?

No. Canoeing is relatively simple and easy to pick up, even if it is your first time. At most locations, there are instructors who can explain how to use a paddle, navigate the waters, and answer any questions about the sport.

Can people canoe with another person?

Yes, this is referred to as tandem canoeing. This involves two individuals in a canoe holding one paddle each. The key here is to ensure that both individuals in the canoe are in sync while paddling.

What is the difference between canoeing and kayaking?

The main difference between canoeing and kayaking is the vessel that is used. Canoes usually have an open deck, a seated or kneeling position, and a one bladed paddle. However, kayaks have a closed deck boat, seated position with legs stretched out, and a double-bladed paddle.

Canoeing is generally a very safe activity, but every sport can have its risks. Because it takes place on the water, it is crucial to wear a life jacket and lightweight clothing because there are some situations that can arise if a canoer is not prepared.

Pages Related to What is Canoeing?