What is Canoe Sprint? 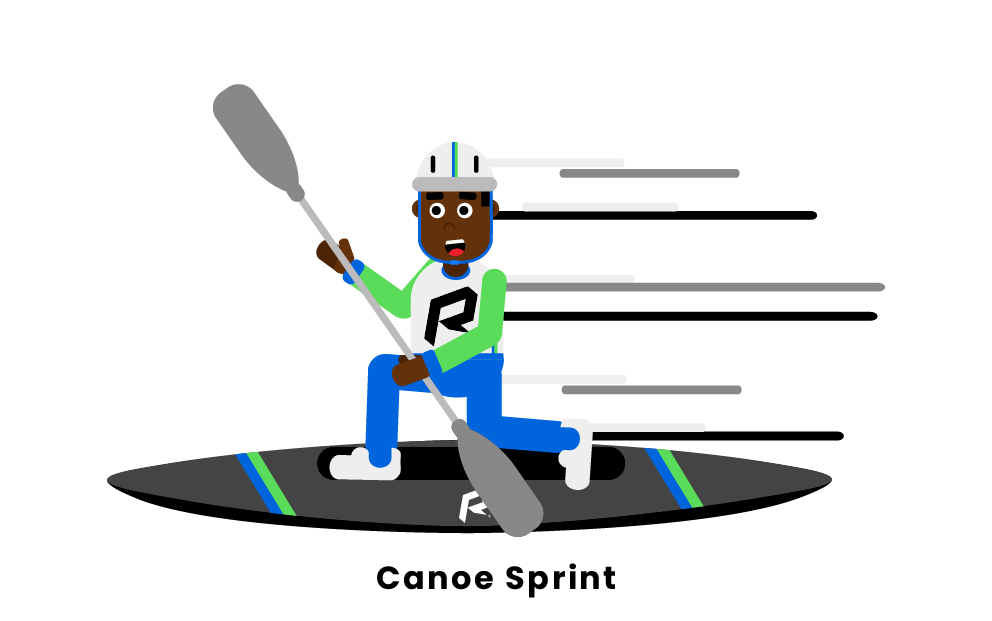 What is canoe sprint?

Canoes have always functioned as a mode of transportation, but they were first seen in a sport in 1869 when Scottish John MacGregor organized the first competitive canoe race. Sprint Canoeing’s first governing body was founded in 1924, and the sport made its Olympic debut 12 years later, in the 1936 Olympic Games held in Berlin, with only men’s events. Women started competing in sprint canoeing in the 1948 Olympic Games. Sprint Canoeing’s new governing body is called the ICF (International Canoeing Federation).

Like all other racing sports, the goal of sprint canoeing is fairly straightforward, to cross the finish line first. Boats are positioned side by side in lanes, which players must remain inside. Athletes have to stay still until the race starts; if an athlete starts paddling before that, they are committing a false start and can be disqualified. Competitions are divided into several races, called heats, which eventually lead the best athletes or teams to a final race for the win.

Sprint canoeing races are categorized by distance, type of boat, and the number of paddlers. Races are 200, 500, 1000, or 5000 meters long. They can have one athlete or teams of two or four in a boat, who can be in either a canoe or a kayak. Those characteristics also determine how a category is named. For example, a category called K-1M 500, it means it is a kayak category, with one male athlete, and it is 500 meters long.

Canoes and kayaks differ in the number of blades in their paddles, and position used to paddle. Athletes who compete in canoes use single-bladed paddles and paddle in a striding position. Athletes who compete in kayak categories use double-bladed paddles and paddle in a sitting position. Since both boats are very unstable, the water must be flat for a race to happen.

Sprint canoeing is an entertaining sport to watch, given the simplicity of the rules, and the fast pace. It’s also very physically demanding from those who practice it.

Pages Related to What is Canoe Sprint?