How Long Is A Bull Riding Show? 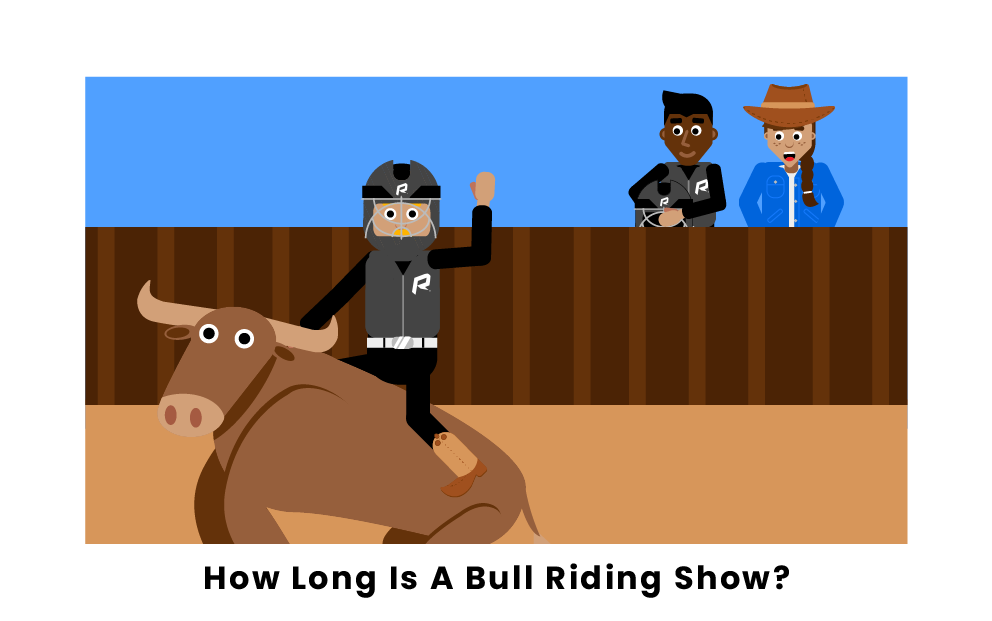 Professional bull riding events are often multi-day events that can last up to three nights, with each show lasting roughly two hours. Some events, such as qualifying events for finals, can last closer to three hours, but most are around two hours. During these events, the top 45 bull riders get a chance to ride one bull on the first night and a second bull the following night. The top 15 riders earn a spot in the final round that takes place either at the end of the second night or in the morning on the third and final day of major competitions. While each rider only needs to hold on for a minimum of eight seconds, the show lasts about two hours because there are so many riders in each event.

The Professional Bull Riders Tour (PBR) is the official home for the toughest sport on dirt. The PBR tour includes the most popular bull riding shows in the United States, mostly hosting shows in the western and central states. These shows include the top 45 qualifying riders who must attempt to stay on their bull for at least eight seconds while only using their riding hand to touch the bull. The traditional event format has each rider attempt one bull on the first night and a second bull the following day. The top 15 riders advance, based on a scoring system decided upon by two judges. However, some events are broken into a different style than the traditional format, with what are called go-rounds. These are often one-day events in which each rider must attempt one bull for two rounds, with the top 20 advancing to a third round, in which they must attempt a second bull.

Traditional rounds last for just two hours in the evening. There are three days of shows for bigger events, such as the Professional Bull Riders World Finals, with the third general being in the morning. These shows are true spectacles and tend to run longer, with each round approaching three hours.

The biggest bull riding events each year are three-day spectacles. These events include a final round on the third day, generally held in the morning or early afternoon. In these major competitions, the top 15 or 20 bull riders earn a spot in the finals on the third day and compete for championship. These rounds can take longer as the high-intensity action is drawn out closer to three hours. One example of such an event is the Professional Bull Riders World Finals, held in Las Vegas each year. Here the greatest bull riders in the world come to compete on elite bulls for the world title, and the fanfare involved makes the event longer than typical bull riding events.

How long is a PBR event?

Most Professional Bull Riding (PBR) events are two days long, with some of their bigger events lasting three days. Each day has rounds of 15 to 45 of the top qualifying bull riders competing on one bull per day. These rounds take about two to three hours, depending on the size of the event and how smoothly things run. Most rounds are closer to two hours.

How long does a typical bull ride last?

Typically, a bull ride lasts less than a minute. The minimum time for a rider to earn a score in a bull ride is only eight seconds, however, depending on the bull, that can be difficult to achieve. Sometimes a rider might be thrown off quickly, but overall, a rider is in and out of the bull riding ring in under a minute.

How long are bull riding shows?

Bull riding shows are typically two hours. However, shows are often part of two or three-day events. The top shows each year, including Professional Bull Riders World Finals held in Las Vegas, can last closer to three hours, as the fanfare of the world-class event adds time to the show. These shows are generally composed of 45 riders, each of which is randomly paired with a bull they must try to ride for a minimum of eight seconds.

Pages Related to How Long Is A Bull Riding Show?